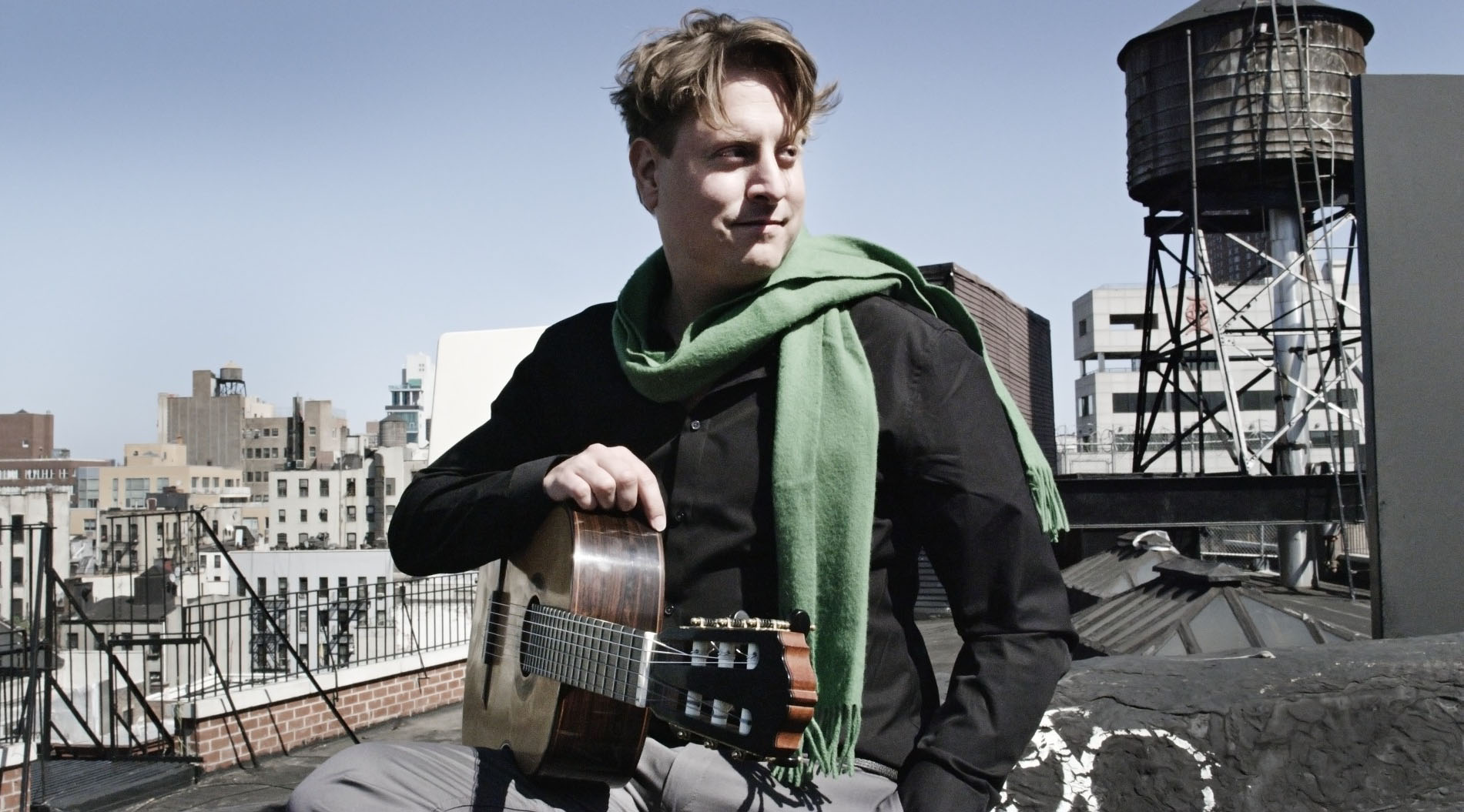 American guitarist Jason Vieaux is our guest soloist for this weekend’s Richmond Symphony concerts. His Grammy-winning 2014 album, Play, includes this beautifully atmospheric performance of Duke Ellington’s In a Sentimental Mood:

An interesting story surrounds the 1935 composition of this famous jazz standard. According to Ellington,

We had played a big dance in a tobacco warehouse, and afterwards a friend of mine, an executive in the North Carolina Mutual Insurance Company, threw a party for us. I was playing piano when another one of our friends had some trouble with two chicks. To pacify them, I composed this there and then, with one chick standing on each side of the piano.

It’s fun to explore the range of classic covers of this melody, which include recordings by Oscar Peterson, Art Tatum (which weaves in, seamlessly, strands of Stephen Foster’s Swanee River), and Bill Evans. Here is the famous and soulful 1962 performance by Duke Ellington and John Coltrane: