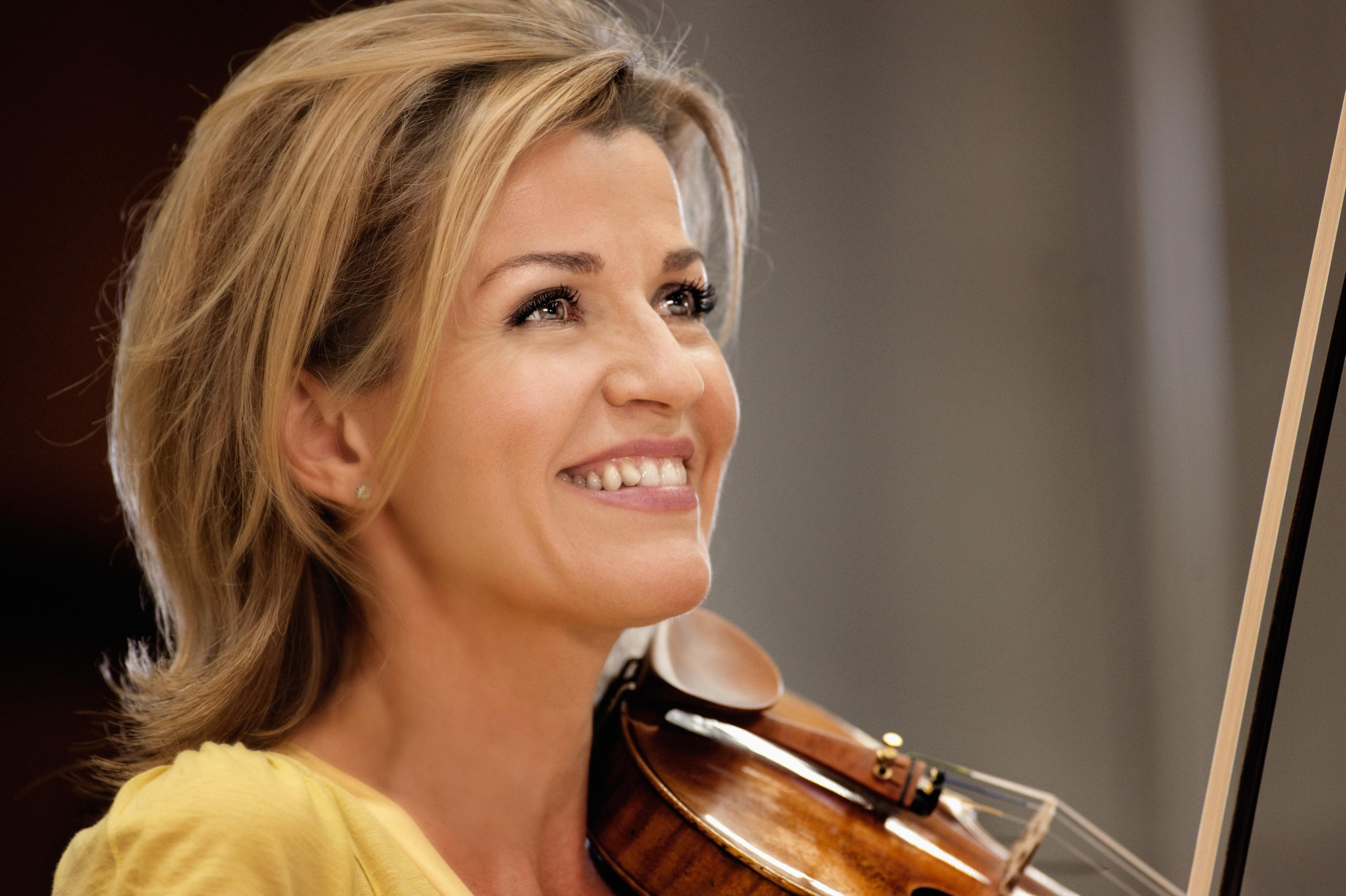 At the end of April, German violinist Anne-Sophie Mutter will be appearing with conductor Andris Nelsons and the Boston Symphony. The program will pair the Tchaikovsky Violin Concerto with an exciting lesser-known work: Japanese composer Tōru Takemitsu’s Nostalghia for solo violin and orchestra, written in 1987 in memory of the Russian film-maker Andrei Tarkovsky. Takemitsu was inspired by Tarkovsky’s use of wide, long, gradually unfolding landscape shots. Here is what Mutter said about the piece in a Huffington Post interview published on Friday:

It’s very subtle. Not flashy at all. It’s meditative. I see it as an enormous addition to a violin repertoire of the last 100 years. I had the privilege of performing it with Ozawa at a benefit last year. He gave the music a deep and moving interpretation which will forever shape my impression of the piece. I fell in love with it so much that I’m on a mission! I’m playing it quite a bit both in the United States and Europe. Orchestras are very open to it. Presenters can be a little deaf, but I can be rather persistent! It’s such a strong piece, very subtle, all about privacy and whispers. It goes well with the Tchaikovsky.

Nostalghia opens up haunting, yet serene, cinematic vistas. The shifting sounds of a divided string orchestra under the solo violin line evoke subtle changes of water and fog. In Russian, the title translates to an intense homesickness or sense of missing a loved one- something emotionally deeper than the English “nostalgia.” Takemitsu described his approach to music this way:

I would like to follow both Japanese tradition and Western innovation, and to maintain both musical styles simultaneously has become the core focus of my compositional operations. It is a contradiction I do not want to solve – on the contrary, I want the two styles to combat each other. I want to achieve a sound that is as intense as the silence.

Here is Mutter’s 2016 Tokyo performance of Nostalghia with Seiji Ozawa and the Vienna Philharmonic: