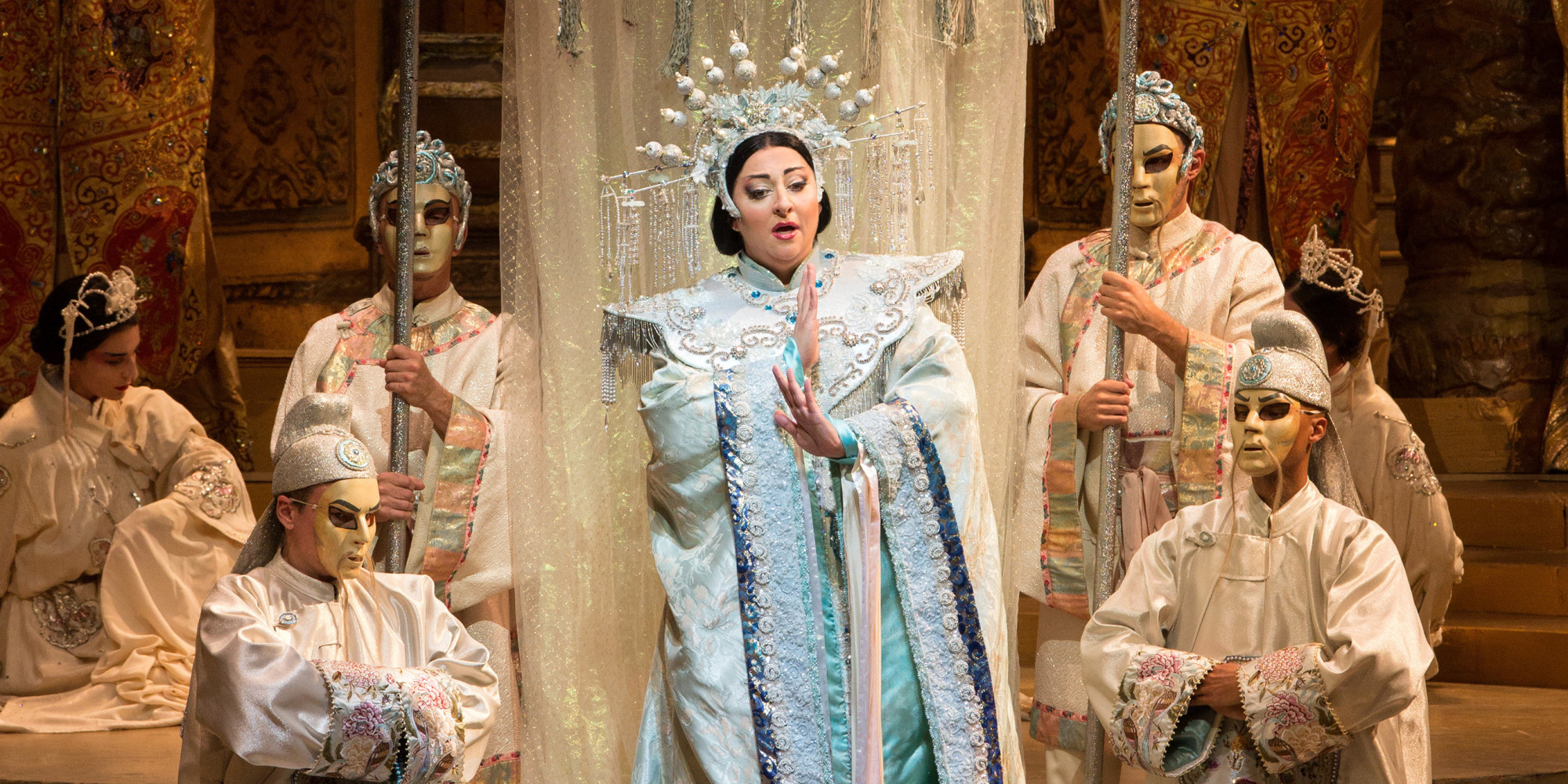 In Wednesday’s post, we heard a few examples of Puccini’s flirtations with impressionism. Puccini’s final opera, Turandot is filled with colorful orchestration and adventurous harmony which evokes the exotic atmosphere of the mythic story: Princess Turandot, determined to never marry, takes revenge on her suitors through a series of riddles. Failure to answer correctly results in the suitor’s execution. Here are five key moments from the opera:

Calaf, the young Prince of Tartary, catches sight of Turandot as she cooly orders the public beheading of her latest would-be suitor. He falls in love, immediately. In Signore, ascolta! (“Sir, Listen!) Liu, the Prince’s servant girl pleads with him to not attempt Turandot’s riddles. Liu is secretly in love with Calaf. Here is Renata Tebaldi’s 1955 performance of the aria:

Contrast Liu’s plaintive aria with the music which follows. In Non piangere, Liu (“Do not cry, Liu”), we get a sense of the Prince’s singleminded determination, even swagger. This is the finale of the first act. Just before the curtain falls, the Prince strikes the gong three times, signaling his desire to attempt Turandot’s riddles. Here is Jose Carreras’ 1983 Vienna performance with Katia Ricciarelli:

In Princess Turandot’s second act aria, In questa reggia (“In this Palace”), we learn the source of her desire for revenge: her ancient ancestor Princess Lo-u-Ling reigned “in silence and joy, resisting the harsh domination of men” until she was forced to marry an invading foreign prince and was subsequently murdered. Listen to the way the aria’s brooding opening unfolds into a sudden, soaring triumph through a series of spectacular modulations. Here is Joan Sutherland’s 1972 studio recording:

This may be the most famous tenor aria in all of opera. By the third act, the Prince has correctly answered Turandot’s riddles, but she still refuses to marry him. He allows her one more way out: If she can guess his name by dawn, he will submit to death. In Nessun dorma (“Nobody shall sleep”), the Prince awaits his victory. Here is Luciano Pavarotti’s 1977 performance:

In some ways, Turandot‘s two protagonists seem trapped in their own unique brands of cluelessness. The Prince’s “love-at-first-sight” infatuation seems as irrational as Turandot’s dark vendetta against men. In the end, our sympathy may rest most deeply with the character of Liu, the servant girl. In the final act, Liu sings Tu che di gel sei cinta (“You who are begirdled by ice”) to Turandot who is pressuring her to divulge the Prince’s name. Following the final lines, “You who are enclosed by ice, vanquished by such fire, you will love him, too!”, she seizes a dagger and stabs herself in order to avoid betraying the Prince.

While Puccini waited for his librettists to deliver this segment of the libretto, he wrote the words for this aria himself. The librettists Giuseppe Adami and Renato Simoni read Puccini’s words and decided they couldn’t do better.