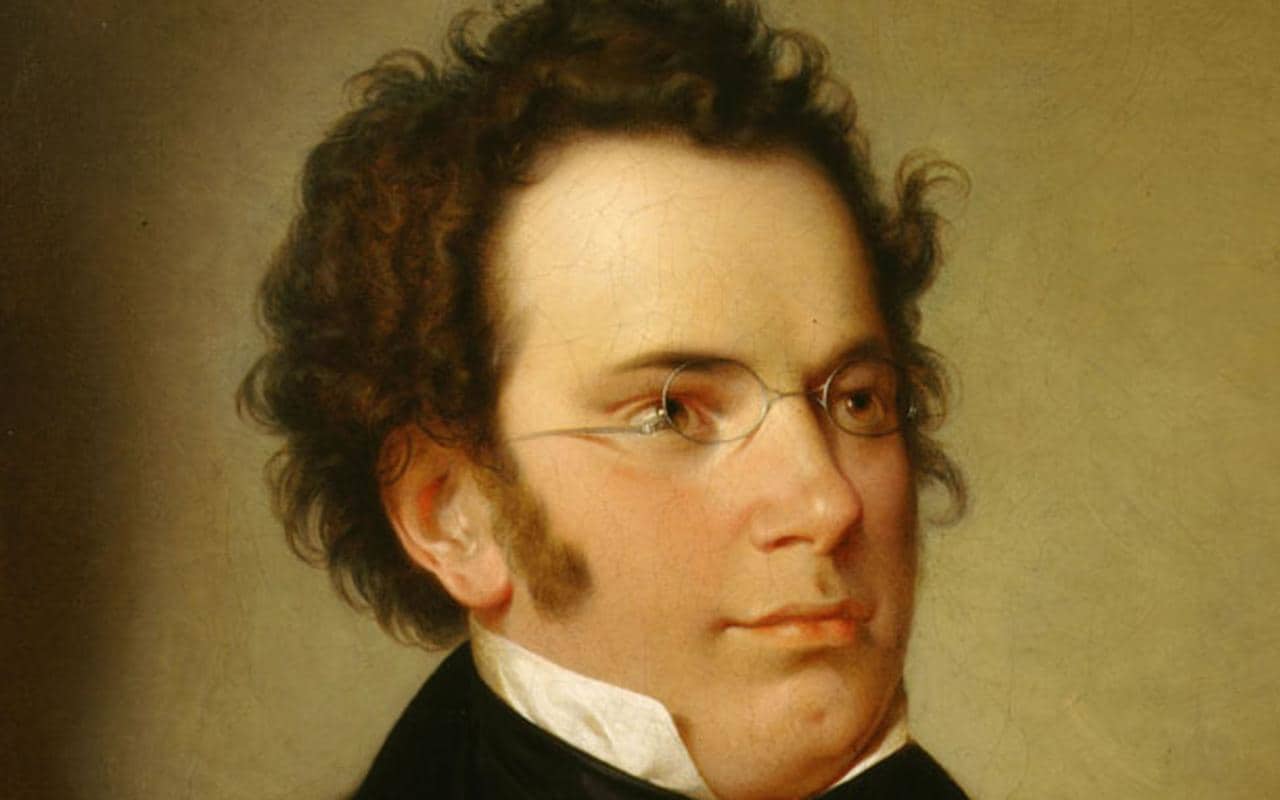 Take a moment, hook in your best pair of headphones, maybe even close your eyes, and listen to the first haunting bars of Franz Schubert’s “Unfinished” Eighth Symphony. It begins with a single, hushed melodic line in the low strings which quickly gives way to shivering violins and darkly pulsating bass pizzicati. Then, a lamenting new voice enters- a strange, almost indistinguishable sonority which blends oboe and clarinet. Immediately, we’re drawn into a powerful, unfolding drama filled with mystery, perhaps even suggesting the ghostly or supernatural.

This astonishing music, written in October of 1822, is unlike anything that came before. It’s certainly worlds away from the light, charming classicism of Schubert’s first six symphonies. It takes us on a completely different kind of journey than the fiery, motive-driven symphonies of Schubert’s contemporary, Beethoven. This is music which seems to anticipate the mysticism and gradually unfolding grandeur of Bruckner’s symphonies, written over fifty years later. Perhaps this passage from the first movement’s development section forms the seeds of the distinctive “Bruckner crescendo.” While the music of Beethoven often seems to be pushing towards a far-off goal, Schubert and Bruckner are constantly arriving and celebrating a divine present.

A romantic mystique has long surrounded the story of this piece, which is sometimes renumbered as the “Seventh” Symphony. Why did Schubert stop after only two movements? We now know that he sketched this enticing fragment of a Scherzo, and music intended for a possible Finale found its way into the Entr’act for the play, Rosamunde. (In an earlier post, we heard a fragment of a string quartet movement which, similarly, trails off, abruptly). Perhaps Schubert was unable to find a suitable answer to the sheer monumentality of the opening two movements, something he would accomplish in his next symphony, the “Great” Ninth. Or perhaps he came to the conclusion that the symphony was, in fact, complete- that everything that needed to be said was wrapped up in these two movements.

Regardless, the composer never heard this symphony, or the Ninth, performed. It wasn’t until 1865, 43 years later, that the premiere took place in Vienna, with the light, effervescent final movement of the Third Symphony standing in as in inadequate finale. Schubert’s friend, Joseph Hüttenbrenner, passed a series of manuscripts on to the conductor Johann Herbeck, writing that

among them is a treasure, the B-minor Symphony, which we put on a level with the great Symphony in C, his [orchestral] swan song, and any one of the symphonies by Beethoven.

The “Unfinished” Symphony’s two movements are dominated by triple meter (3/4 and 3/8 time). But as the Allegro moderato‘s first theme takes shape, listen to the way the pizzicati suggest a conflicting feeling of “off-balance” two. Notice the prominent use of the trombones, with all of their supernatural connotations. The sunny second theme reminds us that Schubert was one of the greatest songwriters. With a sudden harmonic turn, we find ourselves in this new world. But the ghostly darkness of the opening is never far away. The exposition fades back into that opening amid a wrenching dissonance. In the development section, we’re again confronted with this opening theme. This time, it’s full-blown terror, which plays out throughout the development before subsiding back into the quiet restlessness of the recapitulation.

The second movement, Andante con moto, moves to E major, opening with a beautiful melody-countermelody duet between the cellos and violins. As the music unfolds, there are echoes of the preceding movement (the descending bass lines, for example). The second theme returns to an atmosphere of haunting restlessness. In this section, listen for the magical moment when the oboe takes the theme from the clarinet, veering, suddenly, into major. In the coda, there’s a brief, heart-stopping moment where the music seems to lose its way, harmonically. An echo of the opening theme seems suspended in mid-air as it searches for a way forward, before fading into peaceful acceptance.

Now that I’ve shared a few details that I find interesting in this piece, let’s let the music speak for itself. Here is a 1995 live performance recording, featuring Günter Wand and the Berlin Philharmonic: