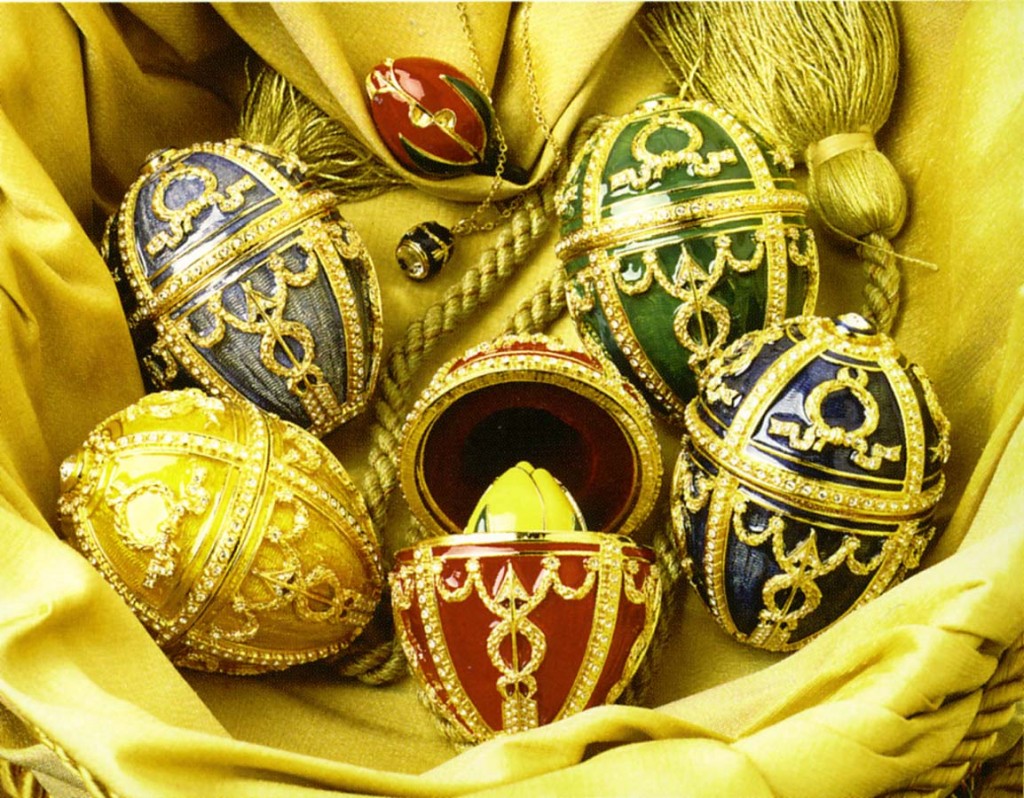 In Russia, Easter is known as the “Bright Holiday.” Appropriately, Nikolai Rimsky-Korsakov’s Russian Easter Overture, completed in 1888, springs to life with bright, glistening sounds. You can almost sense nature’s springtime renewal in the fresh, joyful vitality of this music. For example, listen to this shimmering passage near the beginning of the piece. Vibrant colors and instrumental personas are central to the music of Rimsky-Korsakov, who wrote an influential treatise on orchestration. He said, “To orchestrate is to create, and this cannot be taught.” For me, one of the most extraordinary aspects of this music is the way combinations of instruments blend in unique and magical ways to create a rich sonic canvas. Listen to the gradually shifting kaleidoscope of color which develops in this single F major chord.

From its solemn opening statement, Russian Easter Overture is filled with references to the Obikhod, a collection of Russian Orthodox liturgical chants dating from the 1500s. In one of the Overture’s most introspective moments, the solo trombone intones the medieval chant of a priest. Russian Easter Overture ends amid a blazing peal of celebratory bells, a tradition as central to the Russian Easter as elaborately painted eggs.

Here is Yuri Temirkanov’s 1993 recording with the New York Philharmonic:

In his posthumously-published autobiography, My Musical Life, the composer offered a description of the mix of ancient pagan and religious influences which emerge in the piece:

During the summer of 1888 I finished The Bright Holiday, an Easter Overture on themes from the Obikhod [a collection of Russian Orthodox Church music]… The lengthy, slow introduction… on the theme ‘Let God Arise!,’ alternating with the ecclesiastical theme ‘An Angel Cried,’ appeared to me in the beginning as Isaiah’s prophecy of the resurrection of Christ. The gloomy colors of the Andante lugubre seemed to depict the holy sepulchre that had shone with ineffable light at the moment of the resurrection…

The beginning of the Allegro, ‘Let them also that hate Him flee before Him,’ leads to the holiday mood of the Orthodox church service on Christ’s matins. The solemn trumpet voice of the Archangel is then displaced by a tonal reproduction of the joyous, dance-like tolling of the bells, alternating with an evocation of the sexton’s rapid reading and the chant of the priest’s reading the glad tidings of the Evangel. The Obikhod theme, ‘Christ is risen,’ which is the subsidiary part of the Overture, appears amid the trumpet-blasts and bell-tolling, constituting a triumphant coda.

In this Overture were thus combined reminiscences of the ancient prophecy, of the gospel narrative, and also a general picture of the Easter service with its pagan merrymaking. The capering and leaping of King David before the Ark, do they not give expression to the same mood as the idol-worshippers’ dance? Surely, the Russian Obikhod is dance music of the church. And do not the waving beards of the priests and sextons clad in white vestments and surplices, intoning ‘Beautiful Easter’ transport the imagination to pagan times? And all those Easter loaves and the glowing tapers! How far a cry from the philosophic teachings of Christ! The legendary and heathen side of the holiday, the transition from the gloomy and mysterious evening of Passion Saturday to the unbridled pagan-religious merrymaking on Easter Sunday morning is what I was eager to reproduce in my Overture.