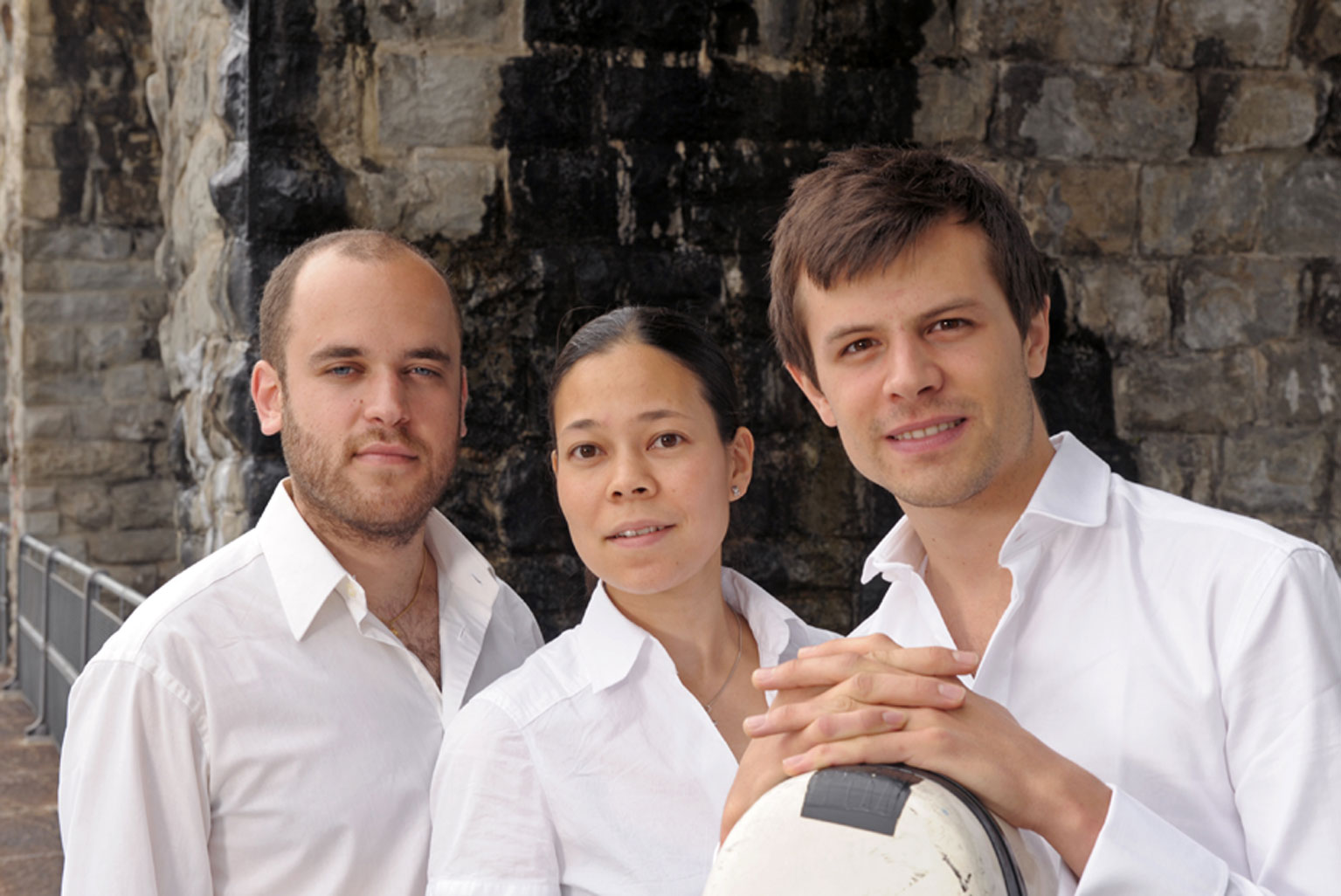 Some pieces grab you by the throat and demand that you listen, thrusting you into an exhilarating, pulse-quickening ride from the first note. Maurice Ravel’s Piano Trio in A minor isn’t one of those pieces, at least in its opening bars. Instead, it’s music which seduces, wafting over you with a dreamy palette of impressionist color. It’s both sensuous and suave. It draws you in and lulls you with luxurious serenity. At the same time, lurking just beneath the surface, there’s a hint of something darker- perhaps voices of haunting lament. As in a dream, these shadows emerge and dissipate, remaining intangible.

Ravel wrote this music in 1914 on the eve of the first World War. In fact, by the time he reached the final movement he was eager to wrap the piece up so he could enlist. He wrote to a friend, “I think that at any moment I shall go mad or lose my mind. I have never worked so hard, with such insane heroic rage.” Ultimately, he was turned down by the army, but ended up driving an ambulance on the front line. In a letter to the composer Florent Schmitt he wrote, “I hurried to finish my trio so I could join up. But they found me too light by two kilograms.”

The first movement’s (Modéré) opening motive features an irregular 3+2+3 rhythm suggestive of folk music from the Basque region of southern France. Listen to the way this motive returns persistently throughout the movement. In the final bars, its ominous repetition in the piano’s lower register melts into a peaceful resolution before the music fades away.

The title of the second movement, Pantoum, is a reference to a form of poetry originating in Malaya, which was popular with French nineteenth century poets such as Charles Baudelaire. In a Pantoum, the first verse’s second and fourth lines repeat as the second verse’s first and third lines. The sections of Ravel’s vivacious second movement overlap in a similar way. For example, listen to the way the opening motive continues in the violin as a new theme emerges in the piano in this passage.

The third movement (Passacaille: Très large) returns to the repeating bass line of the baroque passacaglia, first heard in a single line in the piano. But this passacaglia suggests the circular quality of Asian music. The movement builds in intensity and then falls back to plaintive stillness. At one point, the piano drops out and we’re left with a soulful duet between cello and violin.

The Final: Animé opens with a sudden splash of softly-glistening color. We’re transported, immediately, to euphoric new territory. Spanish and Basque influence can again be heard in the irregularity of the meter, which alternates between 5/4 and 7/4. The A minor Trio’s final bars reach a soaringly euphoric climax- an unexpected explosion of musical fireworks which suggest the heroic weight of a full orchestra.

Here is a spectacular 2015 live-concert performance by the young Swiss group, Trio Rafale. The Ravel Trio is included on their 2012 debut album. Their newest album, featuring music of Shostakovich, Rachmaninov, and Debussy, was released in February.