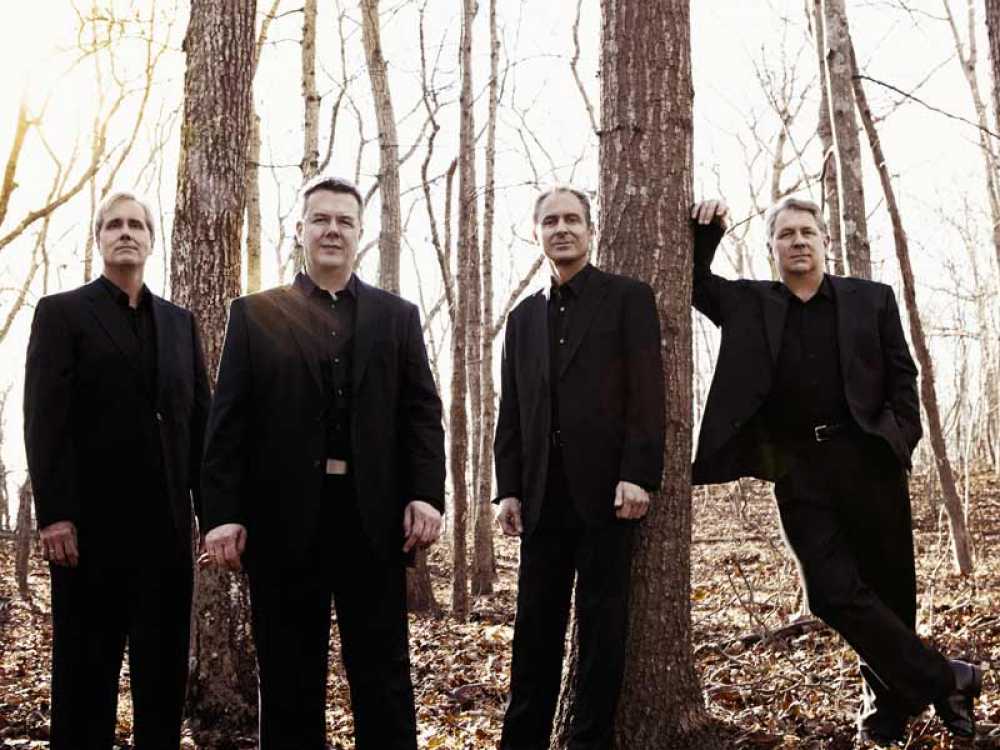 The Emerson Quartet approaches Purcell’s Fantasias (probably all written during the summer of 1680) through the lens of baroque performance practice. (In Fantasia No. 6 in F Major, a vibrant musical conversation unfolds through a rich tapestry of imitative counterpoint). By contrast, they offer a more modern interpretation of the Chacony in G Minor, using Benjamin Britten’s performance edition. Listen to the array of adventures which unfold over this single repeating passacaglia bass line, ultimately fading into quiet melancholy in the final bars:

The final movement of Britten’s String Quartet No. 2, written in 1945, pays homage to Purcell’s Chaconne. You’ll hear echoes of the stately baroque dotted rhythm and passacaglia bass line from the excerpt above. But here, the ghosts of past composers emerge in a distinctly twentieth century sound world. The movement, which is longer than the preceding two movements combined, opens with an expansive unison statement of the theme, followed by 21 variations. Solo cadenzas bring sometimes raucous interjections between variations.

There’s something about Britten’s music which often gives me a visceral sense of infinite space and timelessness. This quality is present in the shimmering Four Sea Interludes from Britten’s opera, Peter Grimes, completed the same year as the Second String Quartet. It occurs at strange moments throughout this final movement- in the surreal unison opening, in this passage where, for a brief moment, you can almost hear the Sunday morning bells of Peter Grimes, and in the repeated C major chords of the final bars which provide a defiant resolution while seeming to extend into the silence beyond.