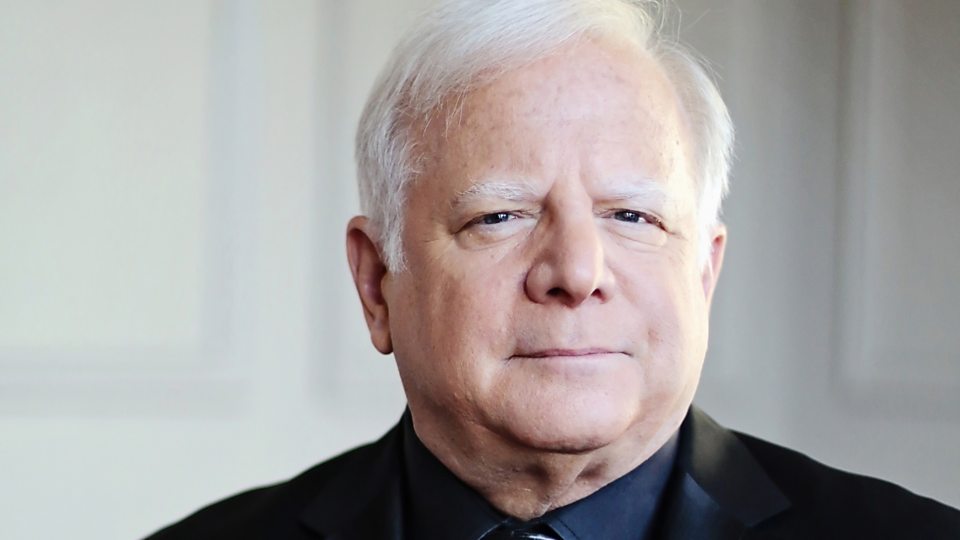 Elegies are, by nature, solemn, reflective, and reverent. They function as musical or poetic tombstones. Leonard Slatkin’s Kinah, premiered by the Detroit Symphony Orchestra in December, 2015, is all of these things. It’s also music filled with ghosts and faint echoes of distant, haunting voices.

Leonard Slatkin grew up in Los Angeles in a prominent musical family. His father, Felix Slatkin, was concertmaster of the Twentieth Century Fox studio orchestra and a frequent conductor of the Hollywood Bowl Orchestra. His mother, Eleanor Aller, was principal cellist of the Warner Brothers Orchestra. Together, they founded the Hollywood String Quartet. In 1963, they were scheduled to solo with the Glendale Symphony, performing Brahms’ Double Concerto. But the performance never took place. Felix suffered a fatal heart attack between the rehearsals and the concert. He was 47.

“Kinah” is the Hebrew word for “elegy.” It often refers to a sung lamentation. In Slatkin’s Kinah, offstage flugelhorn, trumpet, violin, and cello evoke distant, far off memories. The solo trumpet is reminiscent of the plaintive, soulful voice we hear in Charles Ives’ The Unanswered Question. Throughout the piece, we hear a fragment of this famous melody from the second movement of Brahms’ Double Concerto. Brahms’ expansive melody rises with a sense of aspiration. But in Kinah, it is always interrupted and left unfulfilled. In Brahms’ Double Concerto, the violin and cello enter into an intimate dialogue. In the final bars of Kinah, we catch a fleeting glimpse of this intimacy. We’re reminded of the ephemeral nature of mortality.

Leonard Slatkin is currently Music Director of the Detroit Symphony. Here, he leads the second performance of Kinah. Fittingly, Mahler’s “Resurrection” Symphony (a piece which also uses offstage instruments) rounded out the 2015 program.

Next week we’ll explore a few of the Hollywood String Quartet’s legendary recordings.