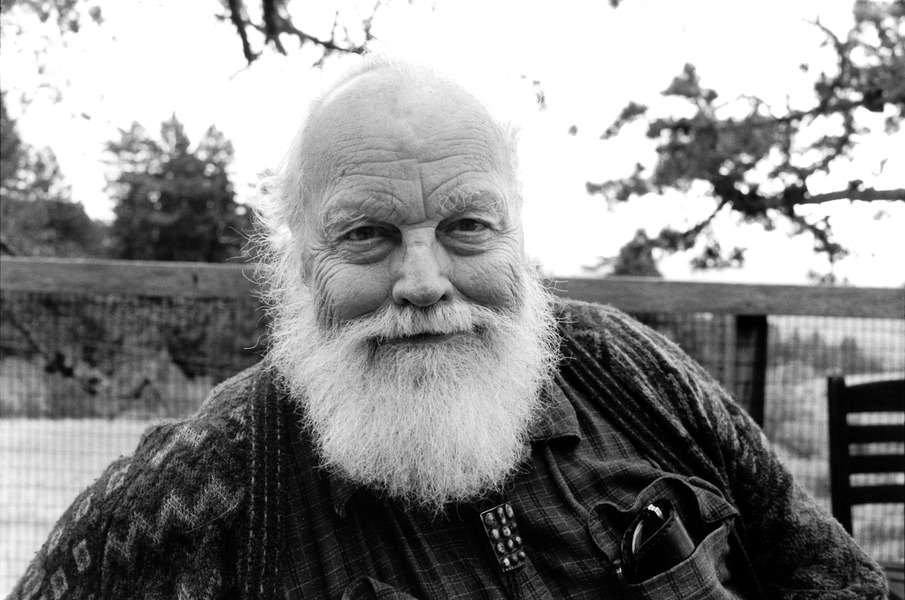 Sunday marks the centennial of the birth of American composer Lou Harrison (1917-2003).

Harrison, who was born in Portland, Oregon and spent most of his life on the West Coast, was a maverick who quietly defied the mainstream. His music reflects the adventurous American experimental tradition of his mentor, Henry Cowell, as well as Charles Ives and John Cage, both of whom he knew. A vast melting pot of influences emerges in Lou Harrison’s music, including the exploration of non-pitched instruments, occasional forays into just tuning (as opposed to equal temperament), modes, and the Javanese gamelan.

Lou Harrison began the first sketches of his five-movement Symphony No. 2, “Elegiac” on October 11, 1942. He finished the final revisions nearly forty years later in 1988. The Symphony is formally dedicated to the memory of Boston Symphony conductor Serge Koussevitzky and his wife, Natalie. But two other deaths lurk beneath the surface of this symphonic elegy: Harrison’s mother and his close friend, the composer Harry Partch.

The first movement draws us into a slowly changing, hypnotic landscape. It suggests the timeless quality of majestic, wide-open spaces. We hear the ghostly, metallic sound of the tack piano. (Tacks or nails are placed on the instrument’s hammers to create this unique tone color). The third movement’s mournful solo in the double bass recalls the instrument played by Koussevitzky. In the final movement, an expansive melody in the oboe rises above a descending, repeating bass line. With this sensuous, dream-like passacaglia, the Symphony fades into peaceful tranquility.

The first and third movements are given the title, Tears of the Angel, Israfel. Lou Harrison provided these notes:

The angel of music, Israfel (‘whose heartstrings are a lute’ – Edgar Allan Poe’) stands with his feet in the earth and his head in the sun. He will blow the last trumpet. Six times daily he looks down into hell and is so convulsed with grief that his tears would inundate the earth if Allah did not stop their flow.

The final two movements are titled, Praises for Michael the Archangel and The Sweetness of Epicurus. The score is inscribed with two epigraphs, the first by Epicurus and the second by Horace: