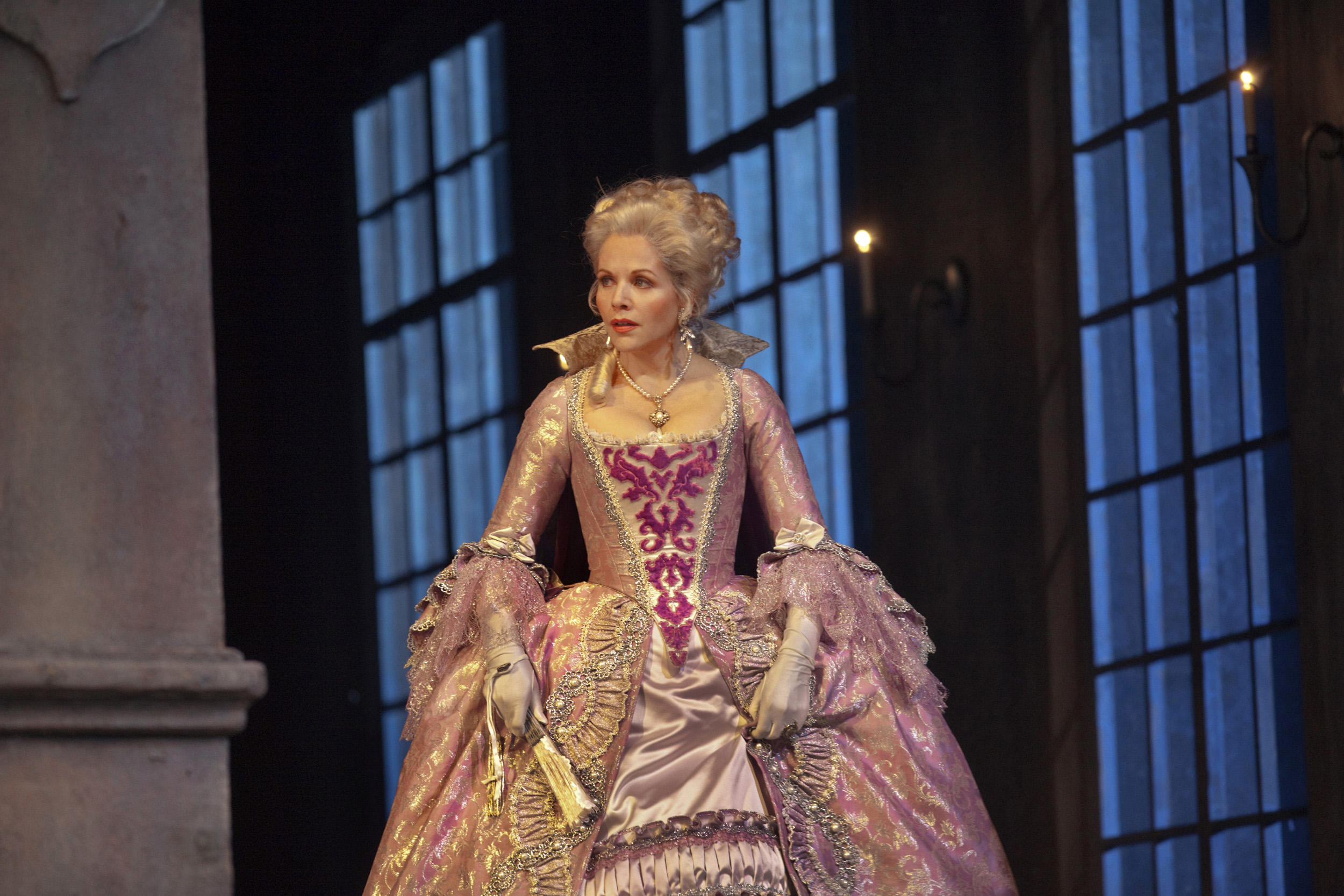 Time is a strange thing. While one is living one’s life away, it is absolutely nothing. Then, suddenly, one is aware of nothing else. It is all around us – inside us, even! It shifts in our faces, swirls in the mirror, flows in my temples. It courses between you and me – silent, as in an hourglass. Oh, often I hear it flowing, irrevocably. Often I get up in the middle of the night and make all, all the clocks stand still.

These wistful lines are sung by the aristocratic Marschallin near the end of the first act of Richard Strauss’ 1911 comic opera, Der Rosenkavalier. She is addressing her much younger lover, Octavian (played by a mezzo-soprano in the opera), realizing that she must let him go. In an act of noblesse oblige, she steps aside to allow Octavian to marry the young Sophie. He leaves quickly and the Marschallin realizes, suddenly, that she has forgotten to kiss him goodbye. She sends footmen after him, but it’s too late. The moment has slipped away. As the curtain falls on Act 1, the Marschallin stares into a hand-held mirror.

As Metropolitan Opera radio commentator M. Owen Lee points out, Strauss and his librettist, Hugo von Hofmannsthal intended to write a straightforward comedy. But the character of the Marschallin inserted itself and transformed Der Rosenkavalier into something quite different:

The composer and librettist first conceived their opera as “thoroughly comic, as bright and obvious as a pantomime.” They decided that there would be two major roles in their comedy – a “baritone buffo” and a “Cherubino;” Baron Ochs and young Octavian. But as they set to work, the Marschallin, a character created merely to define Ochs and Octavian, began to take over their imaginations, and their pens. She prompted the best lines and the best music. Hofmannsthal all but invented for her an aristocratic variety of Viennese to speak, and for her solo scenes Strauss scaled down his vast Wagnerian orchestra to modest Mozartian proportions. What is more, in asserting her importance, this wise and gracious lady saw to it that the very nature of the work was changed as well. No longer was it to be bright and obvious. She both darkened and illumined the comedy, adding a dimension that was profound if not altogether tragic. Der Rosenkavalier’s theme became nothing less than the differences effected in human lives by time, with its inexorable onward flow.

The Marschallin alone among the characters sees the future passing through the present into the past, and wonders what it means. Philosophers may say that time is only the measure of change. Poets may say carpe diem – grasp time while you can. But the Marschallin finds that, in fact, in a human life one cannot measure or grasp or hold. Each irreversible moment is already gone in the instant of becoming.

…Both Strauss and Hofmannsthal struggled to the end against the Marschallin, as if resenting the way she took over the drama and guided their pens. Strauss’ comments, made years later – that she had lovers before and after Octavian, that she should not be sentimentalized, that she was “only annoyed with the hairdresser” – these remarks seem almost churlish. Surely the composer doth protest too much to be fully believed, and for almost a century now audiences have not believed him. As for the librettist, fearing for his comedy, anxious that we not feel too sorry for the Marschallin, he suggested cuts in what he called her “perilously long” scene with Octavian. But surely she is the one character in Der Rosenkavalier that is of a piece with his finest creations elsewhere: again and again, in Hofmannsthal’s writing, some vision of eternity brings about a moral and spiritual change in a character and enables him, or her, to survive a present crisis: face to face with death, Hofmannsthal’s famous Jedermann accepts the challenge of living, and his Ariadne accepts mythic transformation, and the husbands and wives in his Frau ohne Schatten accept their various responsibilities – all with the realization that to change is to stay alive, to stand still is to die.

It’s particularly poignant that Renée Fleming marked a turning point in her career this past weekend with Der Rosenkavalier and the Marschallin, a role she has performed 70 times, beginning in 1995 with the Houston Grand Opera. After 22 years, the 58-year-old star soprano is retiring from standard opera roles. She will remain active with concert appearances and is open to appearing in new opera roles. Following the final performance of the Metropolitan Opera’s 2016/17 season on Saturday afternoon, Fleming was honored with a nine-minute-long standing ovation and a cascade of confetti.

Let’s listen to an excerpt of Renée Fleming’s 2010 Metropolitan Opera appearance in the role of the Marschallin. Edo de Waart conducted this production of Der Rosenkavalier. Here is the famous trio from the third act which forms the opera’s climax. It’s sung by the love triangle of the Marschallin, Sophie (Christine Schäfer), and Octavian (Susan Graham). The trio begins with three simultaneous soliloquies. Confusion and remorse gradually melt into acceptance and resolution as the Marschallin steps aside, nobly, and blesses the union of Octavian and Sophie.

1 thought on ““Der Rosenkavalier,” Renée Fleming, and the Passing of Time”