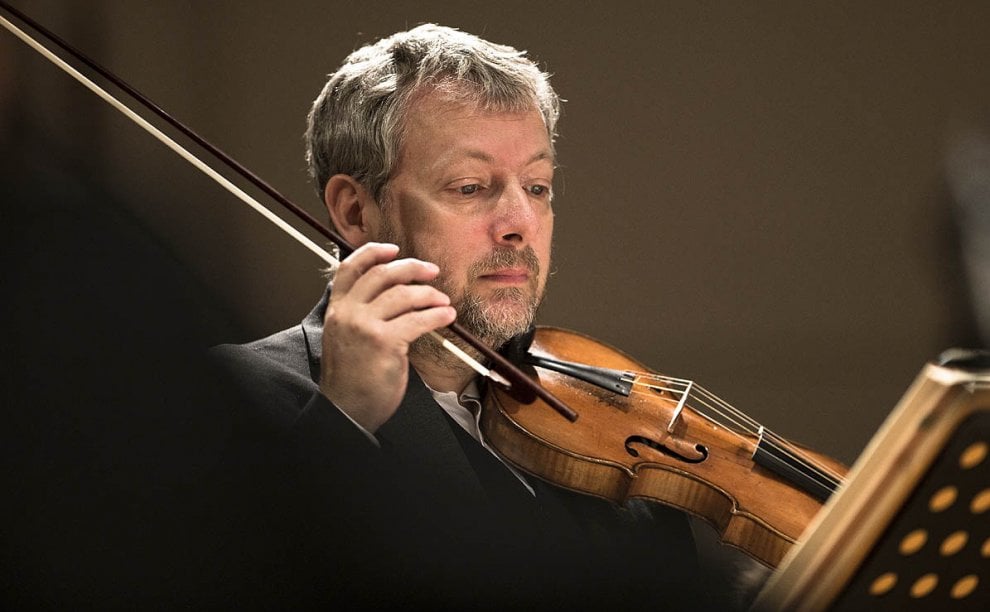 Elegance, charm, and musical integrity have long characterized the French approach to violin playing. These qualities can be traced back to the violinist and composer Jean-Marie Leclair (1697-1764), who is often considered to be the founder of the French school of violin playing. As a virtuoso composer and teacher, Leclair helped to elevate French violin playing to a level comparable to his famous Italian contemporaries, Vivaldi and Corelli. He employed the same innovative technical effects used by the Italians. At the same time, his concertos stand apart with a distinctly “French” grandeur. The solo violin is integrated into a more “symphonic” fabric. In 1734, the poet and librettist Sere de Rieux wrote,

Leclair is the first composer who, imitating nothing, has created something fine and new, something that is distinctively his own.

Here is the opening movement of the Violin Concerto in F Major, Op. 7 No. 4. Around the 2:50 mark, the music enters a spectacularly adventurous passage of double stops and bariolage (an alternation of notes on adjacent strings which outlines chords).

The beautifully atmospheric second movement is filled with mystery and an underlying sense of melancholy. In the opening, wrenching dissonances emerge over a persistent rhythmic heartbeat. When the lamenting solo violin enters, it’s enveloped in a sudden hushed stillness.

The final movement takes us on an exhilarating ride with occasional unexpected harmonic turns: