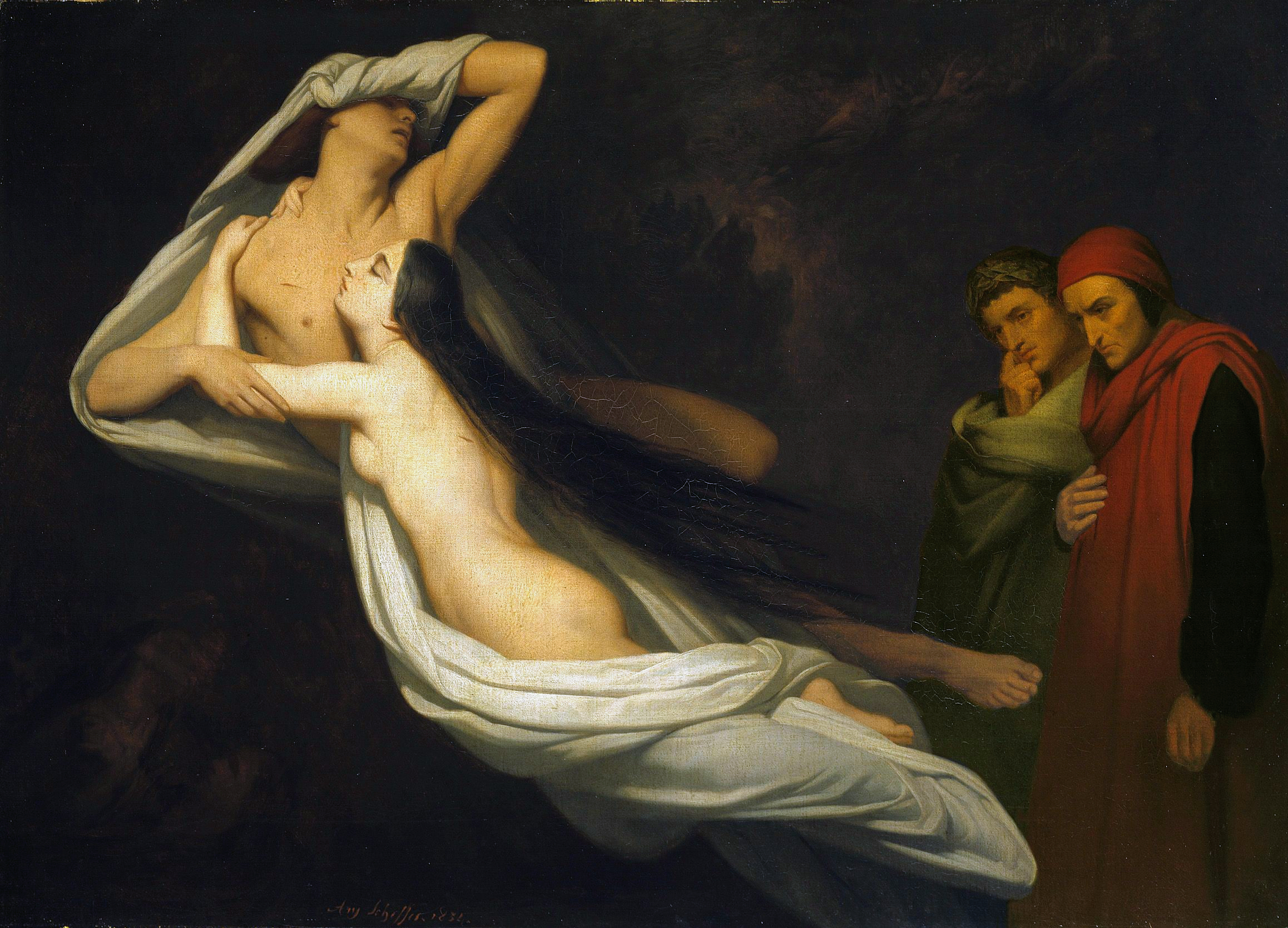 Francesca da Rimini, Tchaikovsky’s turbulent orchestral tone poem, begins at the entrance of Hell. Following a ferocious flash in the low strings and the haunting overtones of the tamtam, a grim, quietly grating brass statement almost seems to intone the ominous words from Dante’s Divine Comedy: “Abandon all hope, you who enter here.” In these opening bars, which Tchaikovsky marks, Andante lugubre, there are subtle, fleeting hints of the tritone, historically nicknamed the “Devil’s interval” because of its dissonance. For example, take the highest and lowest pitch of those rapidly descending opening five notes in the strings and you have this interval, also known as an augmented fourth.

A few moments later, we’re thrust into a hellish inferno of swirling voices. This passage has an amazingly visceral impact. Listen closely to this dizzying whirlwind of inner voices and you may actually experience the physical sensation of vertigo. There are brief moments where we even lose sense of the tonal center and we’re only aware of the sound and a helpless feeling of free fall.

The wild, deranged ride of Francesca da Rimini is just plain fun in a way that’s similar to the final movement of Berlioz’ Symphonie fantastique. But, as the storm subsides, we also get one of Tchaikovsky’s most beautiful, aspirational, and lamenting love themes, which blossoms out of the dark solitude of the clarinet. There are shimmering passages that sound as if they emerged from some unknown, imaginary Tchaikovsky ballet score. With heroic defiance, the love theme returns, soaring to climactic new heights, but a few moments later it’s cut off, cruelly. The trombones enter, with their supernatural connotations. Fate wins out.

As John Henken points out in these program notes, “Tales of doomed love attracted Tchaikovsky in all musical forms – for example, the Manfred Symphony, the ballet Swan Lake, the opera Eugene Onegin, the fantasy overture Romeo and Juliet.” Francesca da Rimini follows Dante’s account of two adulterous lovers, punished with eternal damnation. Tchaikovsky was so inspired by the story that he considered turning it into an opera, but then abandoned the idea. The “Symphonic Fantasy after Dante,” completed in 1876, although only twenty five minutes long, unfolds like an opera without words. You can appreciate the music with or without Tchaikovsky’s program notes:

Dante, accompanied by Virgil’s ghost, descends into the second circle of the Hellish abyss. Here the walls echo with cries of despair. In the midst of the Stygian gloom is a fantastic storm. Violent, Hellish whirlwinds carry away tormented souls. Out of the countless spinning earthly spirits, Dante notices two in particular: Francesca and Paolo, who are locked in an embrace. Dante calls out to these tortured souls, and asks them for what terrible crimes they were being punished. Francesca’s spirit, drenched with tears, recounts their pitiful tale. She was in love with Paolo, but against her will she was forced to marry the hateful brother of her beloved, the hunchbacked, twisted tyrant of Rimini. Despite his violent jealousy, he was not able to wrest Francesca’s heart from her passion for Paolo. Together one day they read the story of Lancelot. “We were one”, recounts Francesca. “And after reading this we no longer felt the fear and confusion that had marked our previous meetings. But that one moment destroyed us. By the time we reached Lancelot’s first chance of love, nothing could now part us. In a moment of weakness we openly expressed our clandestine love for one another, throwing ourselves in each others arms”. At this moment Francesca’s husband returned unexpectedly, and stabbed her and Paolo to death. And after telling this, Francesca’s spirit, and that of Paolo, were snatched away in the raging whirlwind. Overwhelmed by the endless suffering, Dante, completely exhausted, falls dead” — Inferno. Poem by Dante. Canto V

Here is Christoph Eschenbach’s 1991 recording with the Houston Symphony: