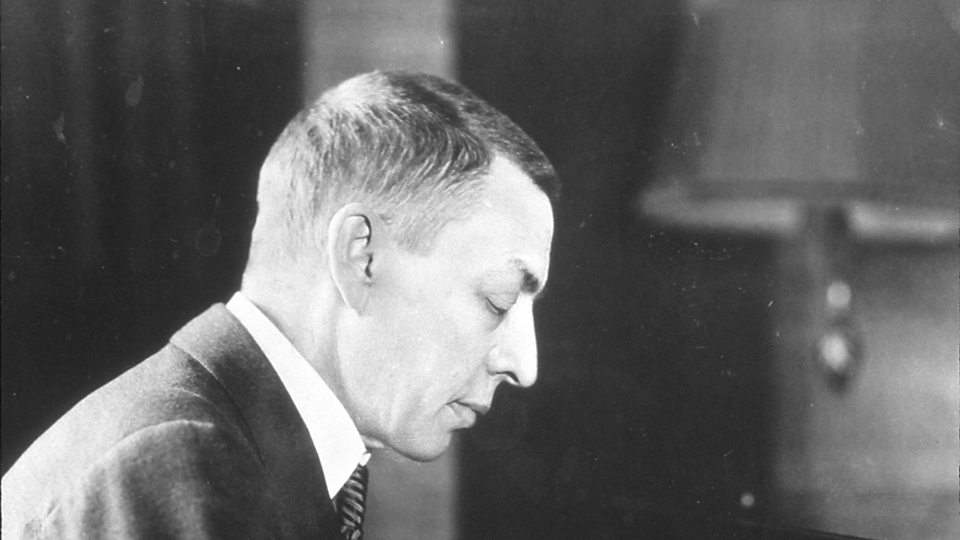 On Wednesday, we heard Tchaikovsky’s thrilling 1876 orchestral tone poem, Francesca da Rimini. The composer was fascinated with the story from Dante’s Inferno, and first considered turning it into an opera. When that project failed to materialize, Tchaikovsky’s brother, Modest, persuaded him that the subject was ripe for a dramatic tone poem.

Sergei Rachmaninov’s opera, Francesca da Rimini, set to a libretto by Modest Tchaikovsky, premiered thirty years later in January, 1906. It’s a short work by operatic standards- just an hour and fifteen minutes- set in two tableaus, bookended by a prologue and an epilogue. Rachmaninov called it a “symphonic opera.” The work develops gradually with long, atmospheric stretches of orchestral interlude.

In the gloomy opening Prologue, the ghost of Virgil guides the poet Dante to the edge of the first circle of the Inferno where the souls of sinners who have fallen victim to lust swirl in eternal damnation. Beginning with a few ghostly, slithering strands, the music that takes shape is simultaneously spin-chilling and lushly beautiful. The aimlessly wandering lost souls enter into a haunting wordless chorus. Occasional ricochet bowing in the strings suggests the hollow cracking of bones. Dante asks two of the souls, Francesca and Paolo, to tell their story. Throughout the opera, the melancholy warmth of the cello serves as a kind of leitmotif for the tragic love story. An incredible falling harmonic progression follows Francesca and Paolo’s first brief duet (beginning at 27:56).

In Dante’s story, Francesca intended to marry Paolo, but was tricked into a marriage to his ugly, deformed brother, Lanceotto Malatesta. At the beginning of the first tableau, Lanceotto is preparing to head off to war. But, envious of his brother and suspicious of his wife, he schemes to trap them in adultery. The ominous, rising trombone statement in this passage foreshadows the dark tragedy that lies ahead. The staging in the production, below, highlights the separation between Lanceotto and Francesca. While he thinks of battle, she looks at herself in a mirror. She promises to remain faithful to Lanceotto, but admits that she doesn’t love him. She asks when he will return, and he answers that he won’t return until the end of the battle. At one climactic moment in this scene, strange echoes of Tchaikovsky’s music emerge- an influence we don’t often associate with Rachmaninov. As the first tableau ends, the villainous Lanceotto is alone onstage, laughing as he contemplates his scheme.

The darkness and gloom of the preceding music fades into lush romanticism in the opening of the second tableau. We still hear the slithering, snakelike figure in the strings from the opening of the opera, but now it accompanies an atmosphere of giddy, joyful celebration. The couple’s youthful innocence is intoned by short, sparkling utterances in the woodwinds. Paolo and Francesca are alone in the castle. He reads the story of Sir Lancelot and Queen Guinevere. At first, Francesca resists Paolo’s advances, but quickly gives in with this soaringly beautiful aria. The duet which follows reaches the kind of frenzied climax of unabashed romanticism which is unique to Rachmaninov. It seems as if no other composer could have brought this moment to life with such emotional abandon. Of course, at the exact moment the music reaches its euphoric resolution, the couple’s fate is sealed and a dark cloud begins to descend. The eternally slithering motive returns with Lanceotto, who fatally stabs Paolo and Francesca. With the epilogue we return to the swirling, hellish inferno. Horrified and shaken, Dante and Virgil are left with the thought, “There is no greater sadness in the world than to remember a time of joy in a time of grief.”

For me, this opera was, until recently, an unknown gem. Listen, and I think you’ll agree that it contains some of Rachmaninov’s most captivatingly dramatic music. Here is the Nancy, France-based Opéra national de Lorraine’s 2015 production: