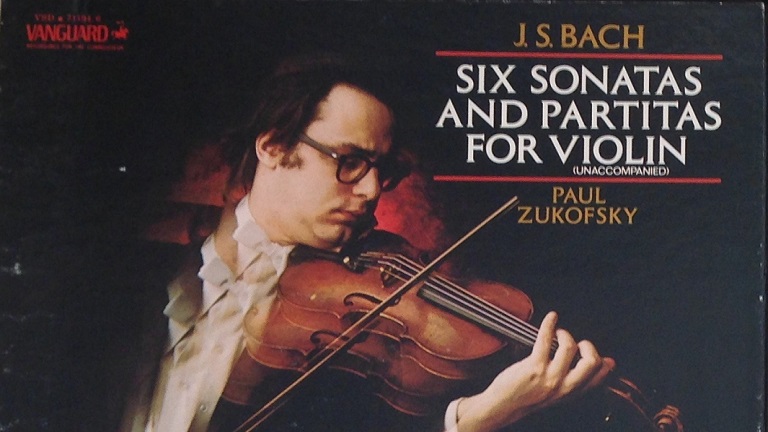 Earlier this week, news broke that American violinist Paul Zukofsky passed away on June 6 at the age of 73.

The son of poet Louis Zukofsky, Paul Zukofsky was a student of Ivan Galamian at the Juilliard School. He specialized in twentieth century repertoire, working extensively with composers such as Philip Glass, Morton Feldman, and John Cage.

Let’s listen to Zukofsky’s 1964 recording of Charles Ives’ Violin Sonata No. 4: “Children’s Day at the Camp Meeting” with pianist Gilbert Kalish. Begun in Saranac Lake, New York in August, 1905 and later revised, this was actually the first violin sonata Ives wrote. It provides a dreamy remembrance of children’s services held at outdoor summer camp meetings in rural, late nineteenth century New England. We get a sense of the bucolic events seen through the eyes, and felt with the sense of thrill and excitement, of a child. But this is also the music of distant, hazy memories. Ghosts of the past come alive and play as fragments of early American hymn tunes emerge and evaporate.

In the first movement, the hymn Work, for the Night is Coming becomes a spirited and sometimes chaotically boisterous march in which the loudest and most enthusiastic voices occasionally sing out of key. (Ives was exposed to similar harmonic adventurism as a child. As an ear-training exercise, his father George, who served as the Union army’s youngest bandleader in the Civil War, would encourage his sons to sing in one key while he accompanied in another). At one thrilling moment, the march’s persistent beat teeters and then rushes ahead with unabashed zeal.

The second movement enters mysterious, haunting territory amid lamenting strands of Jesus Loves Me. Listen to the way this melody gradually takes shape out of the dark, cloudy opening chords. Later, we’re suddenly and rudely jolted out of this quiet, floating sonic daydream. In his memoirs, Ives describes the moment

when old Stone Mason Bell and Farmer John would get up and shout or sing-and some of the boys would rush out and throw stones down on the rocks in the river.

As the final bars fade into the distance, the final statement is a plaintive “Amen.”

With the third movement, the raucous frivolity returns with a quote of Shall We Gather at the River? There’s an element of timelessness in Ives’ music. Often, it progresses like an eternally unfolding dream. At the end of this movement, listen to the way the music breaks off, abruptly, as if we’ve suddenly awakened from a dream.