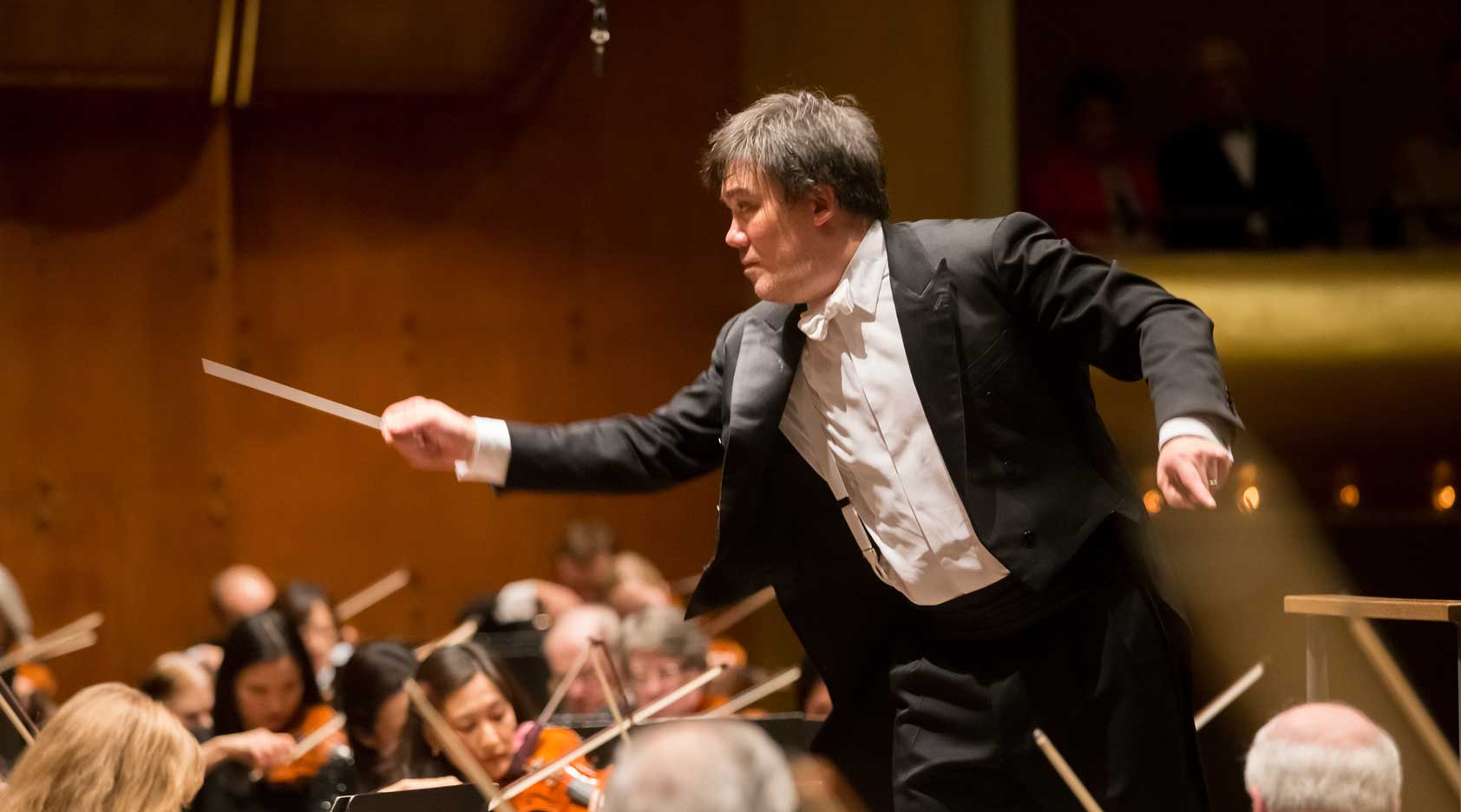 On Friday, it was announced that conductor Alan Gilbert will take the reins of Hamburg’s NDR Elbphilharmonie Orchestra as its next chief conductor. Between 2004 and 2015, Gilbert served as the ensemble’s principal guest conductor. (Back in January, I wrote about the opening of the NDR Elbphilharmonie Orchestra’s spectacular new landmark concert hall, which floats above Hamburg’s harbor like a giant, glistening, icy wave).

Antonin Dvořák wrote his final symphony, bearing the subtitle “From the New World,” in 1893 during a three year appointment as director of New York’s National Conservatory of Music of America (the predecessor to the Juilliard School). A wealthy donor brought Dvořák to New York to help the young, developing country establish a distinctly “American” style of music. Dvořák, whose music was rooted in the folksongs and rhythms of his native Bohemia, wrote,

I am convinced that the future music of this country must be founded on what are called Negro melodies. These can be the foundation of a serious and original school of composition, to be developed in the United States. These beautiful and varied themes are the product of the soil. They are the folk songs of America and your composers must turn to them.

Contrary to popular mythology, Dvořák didn’t directly quote any African or Native American melodies in the “New World Symphony,” although the first movement’s second theme bears a tantalizing resemblance to “Swing Low, Sweet Chariot.” Instead, what we hear in this music is something less tangible, but more powerful: the spirit of adventure, infinite possibility, and wide open spaces, combined with an occasional tinge of wistful nostalgia and homesickness. The later is most apparent in the Largo second movement’s plaintive English horn solo. At one extraordinary moment in this movement, the string section fades briefly into the intimate single voices of a string quartet. This is territory Dvořák  enters in other pieces, including the final moments of the Cello Concerto and the Eighth Symphony. (On a personal note, in the performance below the famous English horn solo is performed beautifully by my former Richmond Symphony colleague, Grace Shryock).

In this music, a host of “personas” (you could call them “Powers”) spring to life, occupying a steady stream of soulful, vibrant melodies and motives. This passage from the first movement will give you a sense of the richness of their dialogue, from the violins’ buoyant dance to the singing woodwind and cello lines. There are no unimportant musical lines here. One of the most interesting aspects of this piece is the way these motives return and evolve throughout the four movements. In the second movement, the trombones suddenly pull us back to the first movement’s main theme. There are even more subtle layers of motivic development throughout this piece. For example, consider that the seeds of the finale movement’s opening rising half step can be found early in the first movement.

The Scherzo begins with a nod to the opening of the Scherzo of Beethoven’s Ninth Symphony. At first, there is a strong, dancelike sense of pulse, but listen to the way this reliable sense of the downbeat becomes obscured and challenged as the music progresses. Is the trio section rooted in the sounds of the “New World” or is this a cheerful Bohemian dance along the lines of Schubert? In the final bars of the Scherzo, we’re once again confronted with the persistent statement of the first movement’s theme, this time in the horns.

The final movement is a swirling celebration of everything that has come before. Listen to the way motivic threads from each of the preceding movements weave together in increasingly thrilling counterpoint. The final, climactic statement is a simultaneously triumphant and terrifying union of the outer movement’s main motives. The final cadential chords drive home the Symphony’s destination key of E major in a predictable way. But the final chord offers a profound surprise which lingers in our ears. This mighty symphony fades into a flickering twilight, perhaps an echo of the second movement’s lamenting nostalgia.