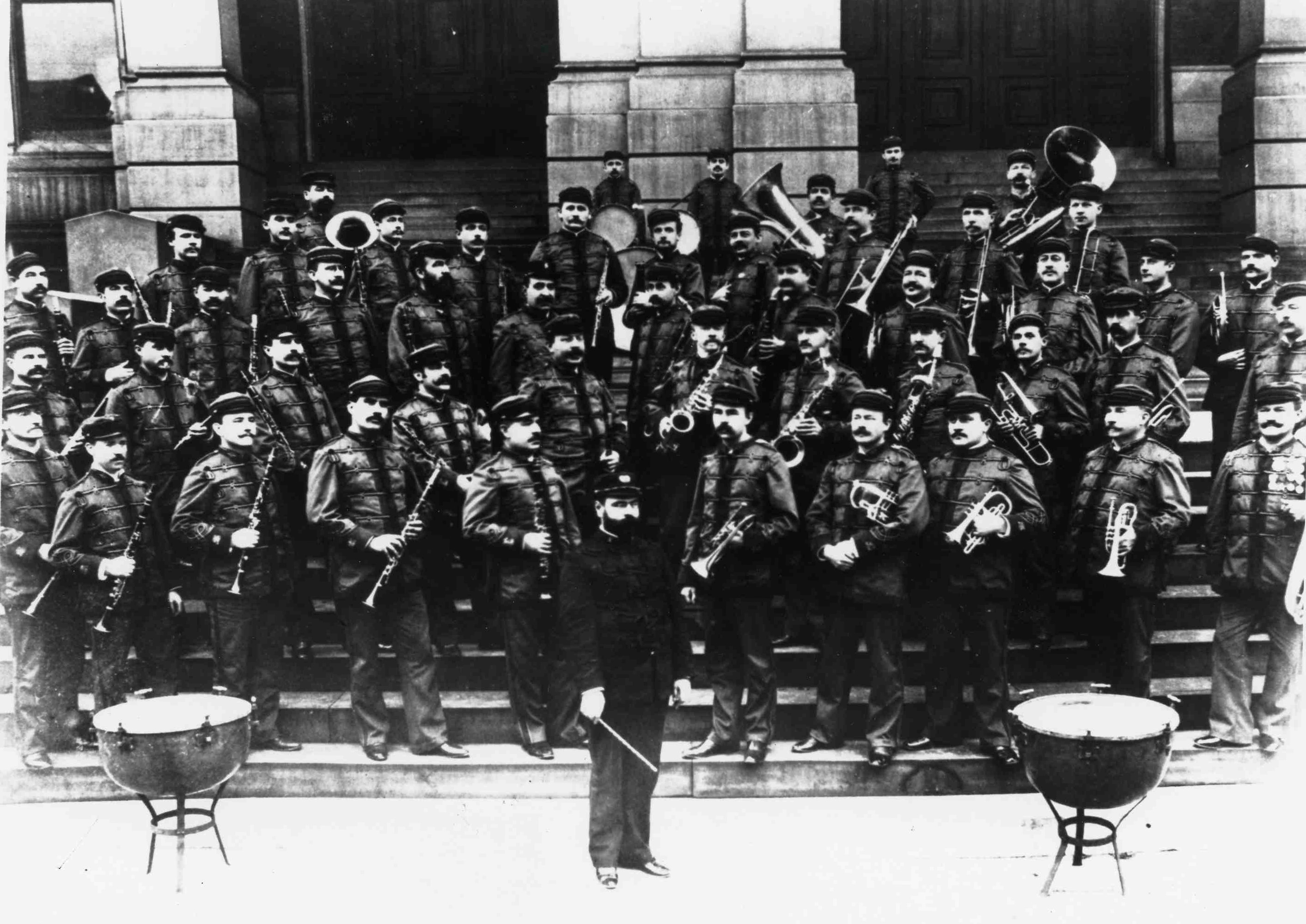 John Philip Sousa’s most famous march was written on Christmas Day, 1896 during a transatlantic ocean liner voyage. Returning home from a European holiday, the composer had just learned of the death of his band’s manager, David Blakely. Sousa likely waited until he reached land to commit the actual notes to paper. But, according to his own account, the complete march entered his mind in a flash and continued to haunt him throughout the voyage:

On board the steamer as I walked miles up and down the deck, back and forth, a mental band was playing ‘Stars and Stripes Forever.’ Day after day as I walked it persisted in crashing into my very soul.

In celebration of Independence Day, here are three historically significant recordings of The Stars and Stripes Forever:

Many musicians, including Sousa, opposed the emergence of recording technology, believing that the “talking machines” would lead to the death of music. As a result, other conductors led Sousa’s band for recordings. (In this 1929 radio broadcast we get to hear Sousa introduce and then conduct The Stars and Stripes Forever). Henry Higgins conducts the Sousa Band in this Library of Congress Berliner Gramophone recording from the 1890s:

In 1944, the Russian-born pianist Vladimir Horowitz created this exhilarating virtuoso piano transcription of Sousa’s march. Horowitz, who had recently become a naturalized US citizen, began playing the transcription as an encore at concerts. As Matthew Guerrieri notes in this 2015 Boston Globe article, it’s filled with Lisztian bravura “while echoing the origins of ragtime and stride, converting the march’s oom-pah spine to precipitous left-hand leaps from bass note to chord.”

Arthur Fiedler and the Boston Pops

The Stars and Stripes Forever is infused with a naive nineteenth century American optimism- something both brisk and brash. Listen to how dramatically this music changes (for the worse) in this prim and stately rendition by the British Band of the Grenadier Guards or this 1939 Soviet recording. Then, listen to Arthur Fiedler’s youthfully vigorous performance with the Boston Pops:

Photography: John Philip Sousa and his band in 1893