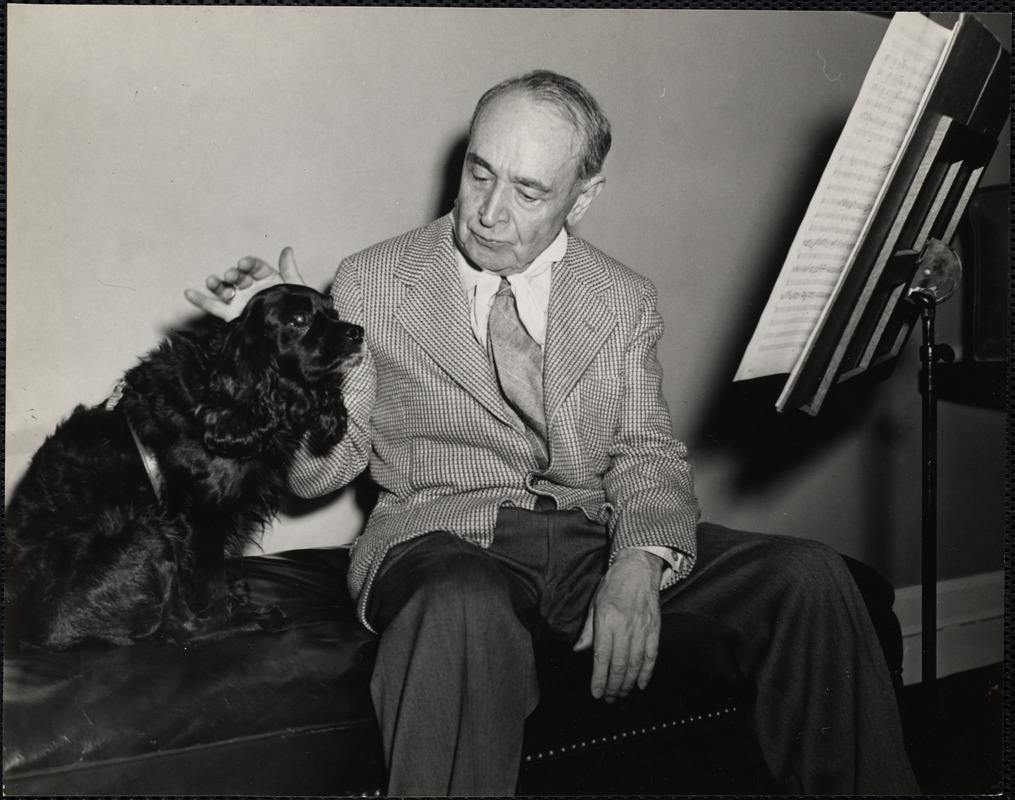 Today marks the 143rd anniversary of the birth of the legendary conductor, composer, and double-bassist, Serge Koussevitzky (1874-1951).

Born in Russia into a Jewish family of professional musicians, Koussevitzky was music director of the Boston Symphony Orchestra from 1924 to 1949. During his unusually long twenty-five year tenure, the Boston Symphony established a reputation as one of the world’s greatest orchestras. In 1937, Koussevitzky was instrumental in developing the Tanglewood Music Center, the BSO’s prestigious summer home in the hills of Western Massachusetts. During the summer of 1940, Aaron Copland was composer-in-residence at Tanglewood and Koussevitzky’s conducting class included the twenty-two year old Leonard Bernstein. Today, the festival’s 5,700-seat outdoor “music shed” bears Koussevitzky’s name.

Serge Koussevitzky was an important champion of new music. He commissioned significant works including Ravel’s Piano Concerto in G Major, Ravel’s orchestration of Mussorgsky’s Pictures at an Exhibition, Prokofiev’s Symphony No. 4, and Stravinsky’s Symphony of Psalms. He premiered and recorded the music of American composers including Aaron Copland, Howard Hanson, David Diamond, Walter Piston, Roy Harris, and Randall Thompson. He was also active as a music publisher.

The Elegy in Memory of Serge Koussevitsky, Op. 44, commissioned for the Boston Symphony’s 75th anniversary season in 1956, is one of Howard Hanson’s most beautiful and haunting works. It’s music which is simultaneously majestic, warm, celebratory, and lamenting. The final bars dissolve into ascending, interlocking ghostly strands of sound. Then, we hear a final, quiet statement in the trumpets- a brief glance backwards before stepping through the doorway to ultimate, serene resolution.

Randall Thompson’s The Last Words of David at Tanglewood, 1950: