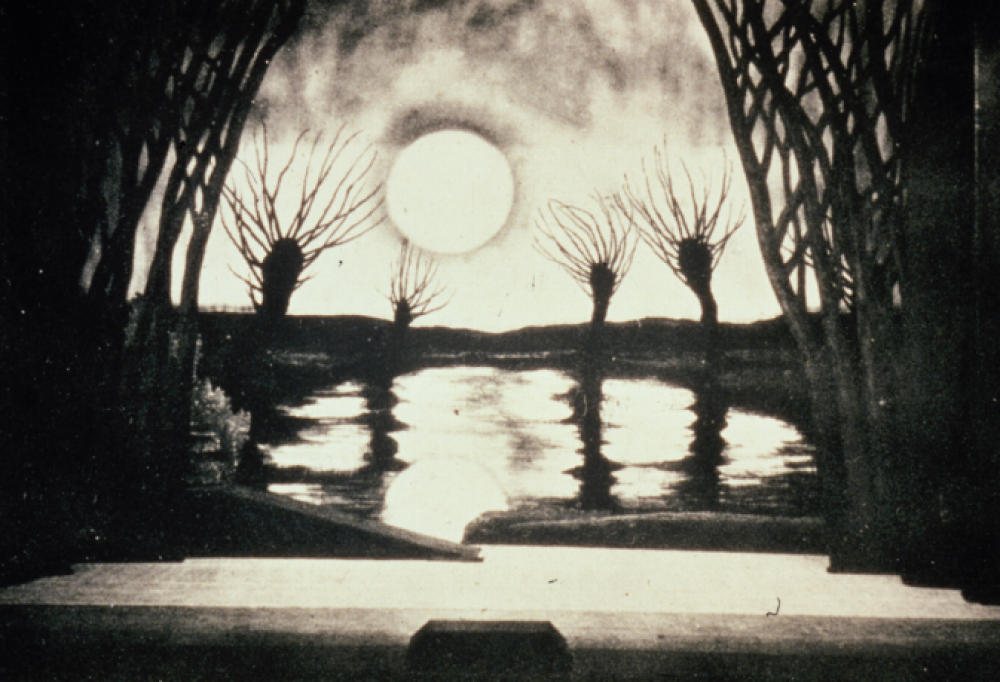 It’s considered, by some, to be the greatest opera of the twentieth century. Alban Berg’s expressionist tragedy, Wozzeck, inhabits a darkly surreal world of alienation, dispossession, and mental and emotional breakdown. Written between 1914 and 1922, it’s based on a play by the German dramatist, Georg Büchner (1813-1837) -a work left incomplete at the time of Büchner’s death at the age of 23. Berg assembled the libretto from fifteen of Büchner’s scenes, retaining “the essential character of the play, with its many short scenes, its abrupt and sometimes brutal language, and its stark, if haunted, realism…” He worked obsessively to finish the opera despite the interruption of the First World War. Berg’s military service during the war seems to have influenced the work. Regarding the protagonist, in June, 1918 he wrote to his wife,

There is a little bit of me in his character, since I have been spending these war years just as dependent on people I hate, have been in chains, sick, captive, resigned, in fact, humiliated.

Wozzeck is a poverty-stricken soldier and barber who is victimized and humiliated by almost everyone he encounters, including a moralistic Captain and a sadistic Doctor who uses him as the subject for absurd experiments. (Wozzeck must limit his diet to beans for an entire week). Wozzeck has had a son out of wedlock with Marie. He discovers that Marie has become involved with the Drum Major, whom she first sees in a military parade passing outside her window. At night in the barracks, Wozzeck is taunted and beaten by the intoxicated Drum Major. In the third act, Wozzeck stabs Marie with a knife. Covered in blood and haunted by guilt, he attempts to dispose of the murder weapon in a lake. Venturing into increasingly deep water in an attempt to hide the weapon, he drowns. As the curtain falls, Marie’s young son is left onstage, oblivious to the unfolding tragedy. The final bars seem open-ended and unresolved.

No opera before Wozzeck had had a psychotic anti-hero as its central character, and no opera before Wozzeck (and, perhaps, none since) had depicted mental instability in such a way that the audience shared this instability, rather than simply observing its outward effects. The expressionist language of the first decades of the twentieth century was peculiarly well suited to deal with such extreme mental and emotional states.

The surreal nature of Wozzeck‘s story suggests the distorted, irrational world of dreams- a deeper, sometimes troubling, reality that exists beneath the thin veneer of what we perceive as “reality.” These shadowy shapes were the essence of German Expressionism, the ruling zeitgeist of the time. (Consider Edvard Munch’s famous 1893 painting, The Scream). Ghosts from a vast subconscious ocean seem to bubble to the surface in the atonality of the Second Viennese School. A student of Arnold Schoenberg, Berg is rooted in this tradition. But for all of Wozzeck‘s atonality, there are crucial, climactic moments in the opera in which the tonal center reemerges. Beyond the use of subtle leitmotifs, intervals have meaning throughout the opera: the tritone represents Wozzeck and Marie, a minor triad accompanies Marie and the child, and a minor chord with an added seventh gives us a sense of entrapment. In many ways, Wozzeck can be heard as an extension of the “on the fence” harmonic language of late Mahler. (The use of the harp in its lowest, darkest register and the ironic sounds of a distant military march seem particularly close to Mahler). In The Rest is Noise, Alex Ross writes that in Wozzeck,

Berg returns to the method of Mahler and Strauss, for whom the conflict of consonance and dissonance was the forge of the most intense expression. Consonance is all the sweeter in the moment before its annihilation. Dissonance is all the more frightening in contrast to what it destroys. Beauty and terror skirmish, fighting for Wozzeck’s hollow soul.

Wozzeck‘s three acts, each containing five scenes interspersed with orchestral interludes, add up to a rigorous sense of structure. The first act can be divided into old musical forms such as a passacaglia. The second act develops as a symphony in five movements, the first “movement” unfolding in sonata form.

Let’s listen to a few excerpts from an exciting new Naxos release by conductor Hans Graf and the Houston Symphony. Recorded live in concert in 2013 at the end of Graf’s tenure as music director of the Houston Symphony, this recording has been awarded Germany’s prestigious 2017 ECHO Klassik award in the category of “Opera (20th and 21st century).”

Here is the complete cast:

Photograph: A stage set from a 1926 production of Wozzeck at Prague’s National Theater