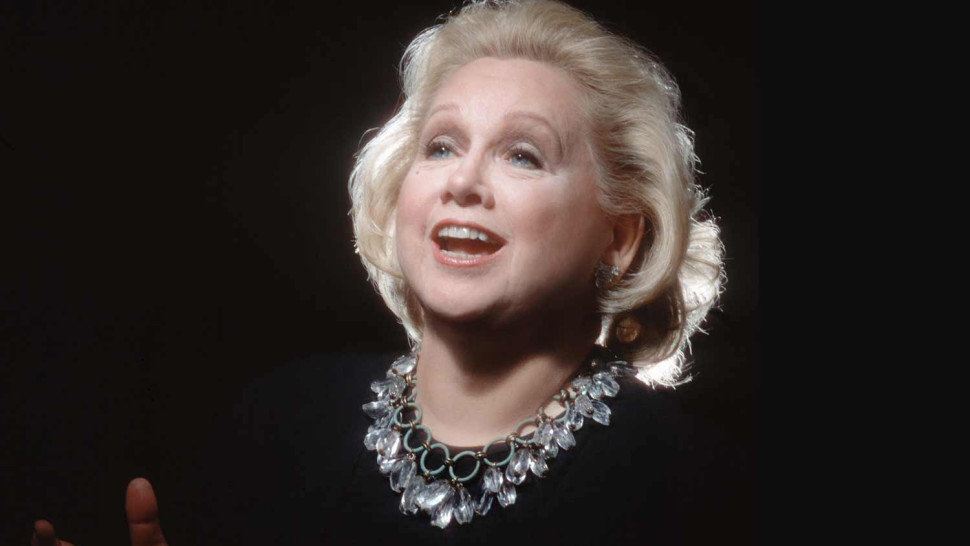 Barbara Cook, the Tony Award-winning lyric soprano who came to prominence during Broadway’s Golden Age and later re-emerged as a star of cabaret and concert hall, passed away yesterday. She was 89.

Cook was known for her wide vocal range and her magical ability to color musical phrases and shape lyrics. In her later years, her voice darkened and she performed to great acclaim into her eighties.

In 1956, she played the role of Cunegonde in the original Broadway production of Leonard Bernstein’s Candide. In later interviews, she talked about her audition for Bernstein and the early rehearsals for Glitter and Be Gay. Here is her performance of the song from the original cast recording:

A year later, in 1957, she played the role of Marian in the original Broadway production of Meredith Willson’s The Music Man. Here is her performance of the romantic ballad, Till There Was You:

By the 1980s, Barbara Cook was revered as one of the most distinguished interpreters of the Great American Songbook. In 1985, she appeared in a concert performance of Stephen Sondheim’s Follies with the New York Philharmonic. Here is her legendary performance of the wrenching torch song, Losing My Mind: