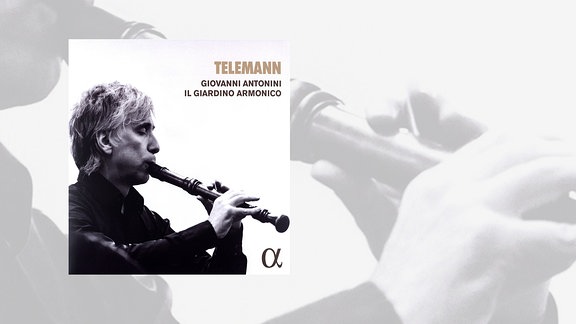 Georg Philipp Telemann (1681-1767) wrote extensively for the recorder. One of his most popular works is the Suite for Recorder, Strings & Continuo in A Minor, TWV 55:A2, a seven-movement piece which takes a virtual tour of Europe. The first movement is a French overture (a form first developed in ballet overtures of Jean-Baptiste Lully in the 1650s). The third movement is an Air à l’Italienne, while the final movement, a spirited Polonaise, seems to have been inspired by the composer’s time in Poland. During one of his court appointments in Poland, Telemann wrote enthusiastically in his diary,

It is hard to believe how wonderful the ideas of those pipers and fiddlers are when, during a break in the dancing, they begin to improvise. Listening to them with attention, in eight days a man could collect enough musical ideas for his whole life!

A recent recording of Telemann’s music featuring Giovanni Antonini and Il Giardino Armonico (a Milan-based baroque orchestra whose poetic name translates as “the garden of harmony”) has been awarded Germany’s ECHO Klassik award in the category of “Concerto Recording (Music up to and including the 18th century).”

Here is an excerpt from this incredibly fun album, recorded at the thirteenth century Gothic Basilica of San Marco in Milan. In the first movement of the A minor Suite, a stately opening with dotted rhythms unfolds into a bright, sparklingly virtuosic fugue: