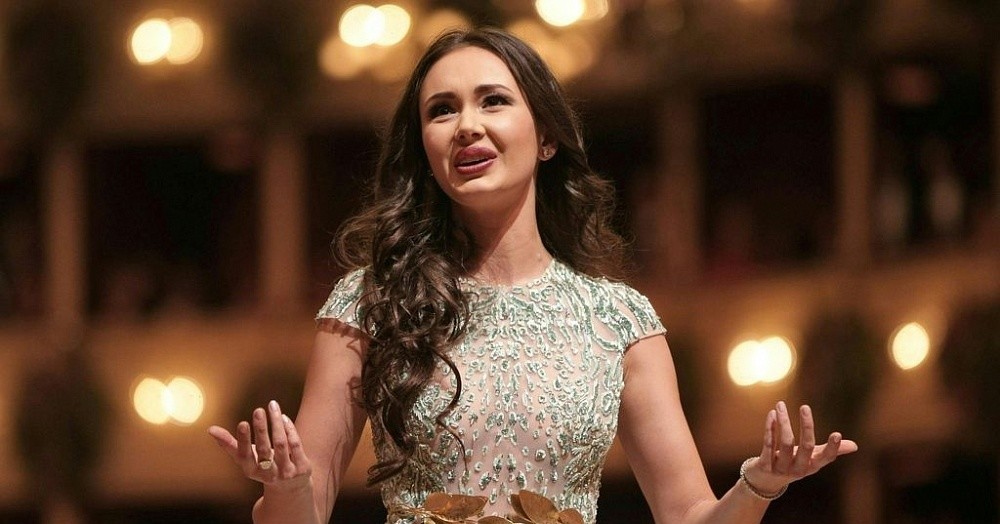 Over the past few weeks, we have explored a few of the albums honored with a 2017 ECHO Klassik- Germany’s prestigious annual classical music awards. Today, we’ll turn our attention to the debut album of Russian operatic soprano Aida Garifullina. The recording, simply titled Aida Garifullina, won in the category of “Solo Recording/Voice (Arias/Recitals).” It’s a compilation of arias and songs by composers including Tchaikovsky, Rachmaninov and Rimsky-Korsakov. Garifullina is accompanied by Vienna’s ORF Radio-Symphonieorchester Wien and conductor Cornelius Meister.

Tchaikovsky’s 1883 opera, Mazeppa, inspired by a poem by Alexander Pushkin, is set in the dark shadows of Russia’s turbulent past. In the early 1700s, Mazeppa, in an alliance with King Charles of Sweden, led a Ukrainian revolt against the Russian czar Peter the Great. The revolt ended in crushing defeat. The historical event forms the blood-thirsty backdrop for a more intimate tragedy- the story of Mariya, a young peasant girl who has fallen in love with the much older Mazeppa against the wishes of her father who refuses to consent to their marriage. At the same time, the young cossack, Andrey, is madly in love with Mariya. By the end of the third act, amid the defeat of Mazeppa’s fleeing army, Mariya enters a daze. She has witnessed the gruesome execution of her father (ordered by Mazeppa) and Mazeppa’s stabbing of Andrey. She sings this lullaby to Andrey as he dies in her arms. As the curtain falls, the music fades away into the shimmering sounds of woodwinds and strings.

I thought I heard vague harmonic echoes of the second movement of Tchaikovsky’s First Piano Concerto in Maria’s Lullaby. Listen, and see if you agree: