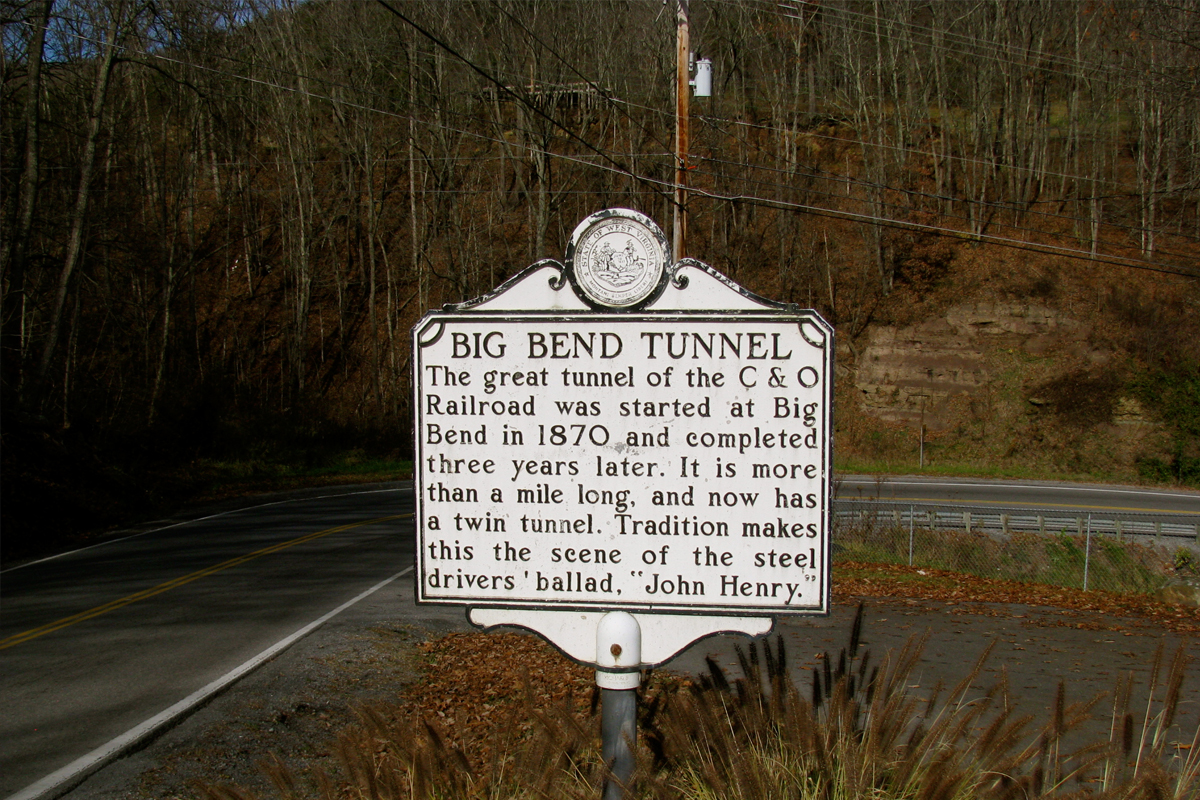 According to legend, the African American folk hero John Henry was one of the strongest and fastest steel-driving men to work on the railroads in the post-Civil War era. The steel-driver’s work involved hammering a steel drill into rock. Explosives were placed in the crevice in order to blast away the rock to construct railroad tunnels. In the late nineteenth century, manual labor was replaced by the steam-powered hammer. John Henry entered into an heroic contest with the machine and won, but he hammered so hard that his heart gave out.

Aaron Copland’s 1940 orchestral setting opens with the quiet, heroic dignity of the individual laborer and ends amid sweat, exhaustion, and the clank of steel:

Photograph: The historical marker at the entrance of Big Bend Tunnel near Talcott, West Virginia