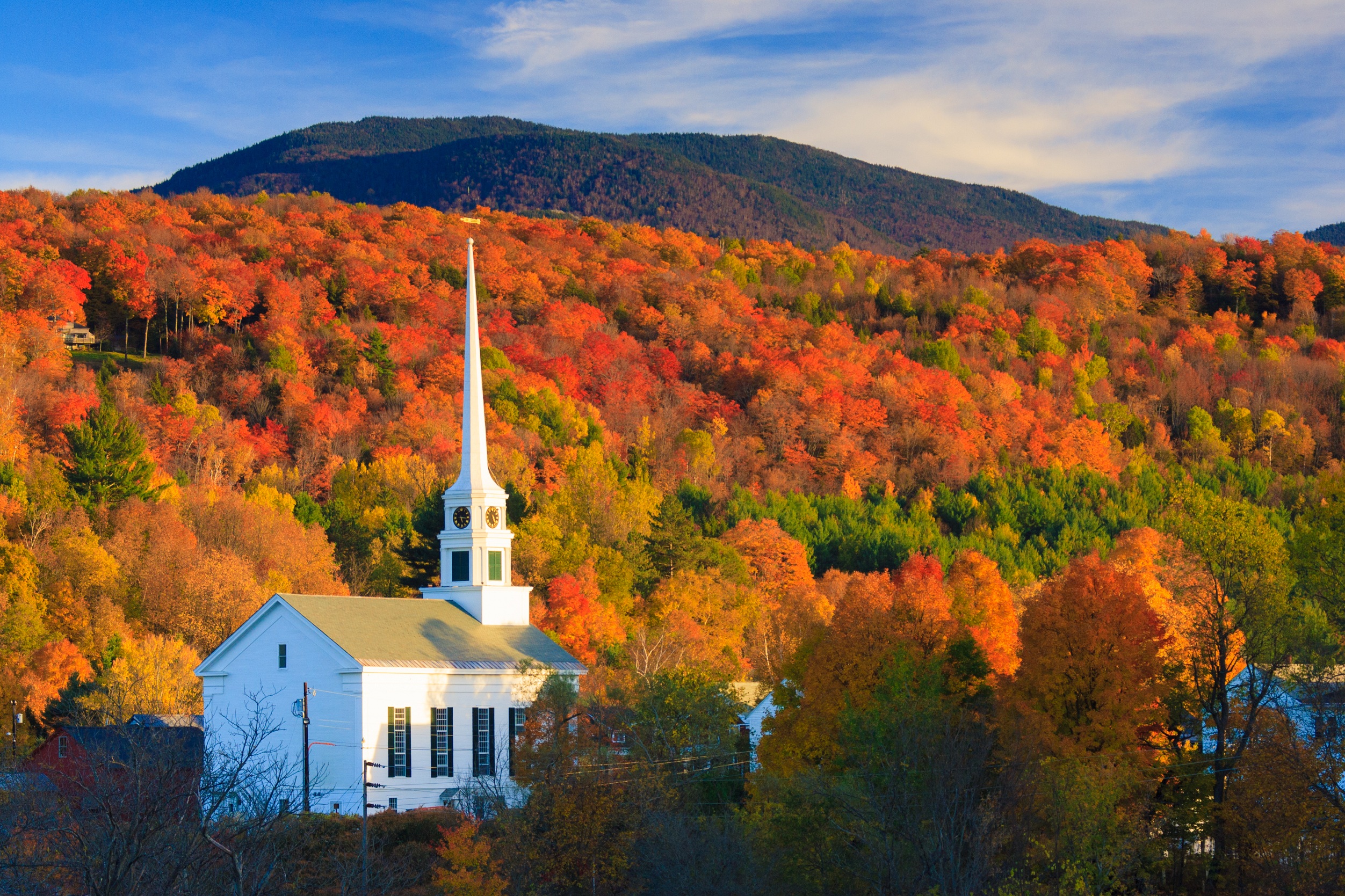 Earth rests! Her work is done, her fields lie bare,
and ‘ere the night of winter comes
to hush her song and close her tired eyes,
She turns her face for the sun to smile upon
and radiantly, radiantly, thro’ Fall’s bright glow,
he smiles and brings the Peace of God!

These lines may have been written by Harmony Twichell, the wife of Charles Ives. They form the text of Ives’ hypnotic 1908 song, Autumn. Listen to the way the persistent chords in the piano’s low register evoke a sense of icy detachment. Ives’ music has a unique way of inhabiting the world of dreams, emerging out of nowhere and then dissolving just a quickly. Here, it’s easy to get the sense that only a small portion of a much longer, mostly unheard song has drifted into our consciousness.

The first movement of Ives’ Second Violin Sonata provides a slightly different take on Autumn, perhaps allowing us to drop in on a far-off, nineteenth century New England Revival meeting. The opening movement is built on a hymn tune called Autumn by François H. Barthélemon (1741-1808). The second movement, In the Barn, is an increasingly wild hoe-down in which hints of “Turkey in the Straw” blend with “Battle Cry of Freedom.” Again, surreal bits and pieces which come together and vanish in a musical dreamscape. The final movement, The Revival, breaks off in mid-sentence.

Take a moment and listen to Barthélemon’s original hymn tune. Then, pay attention to the way the melody sneaks into Ives’ Sonata: