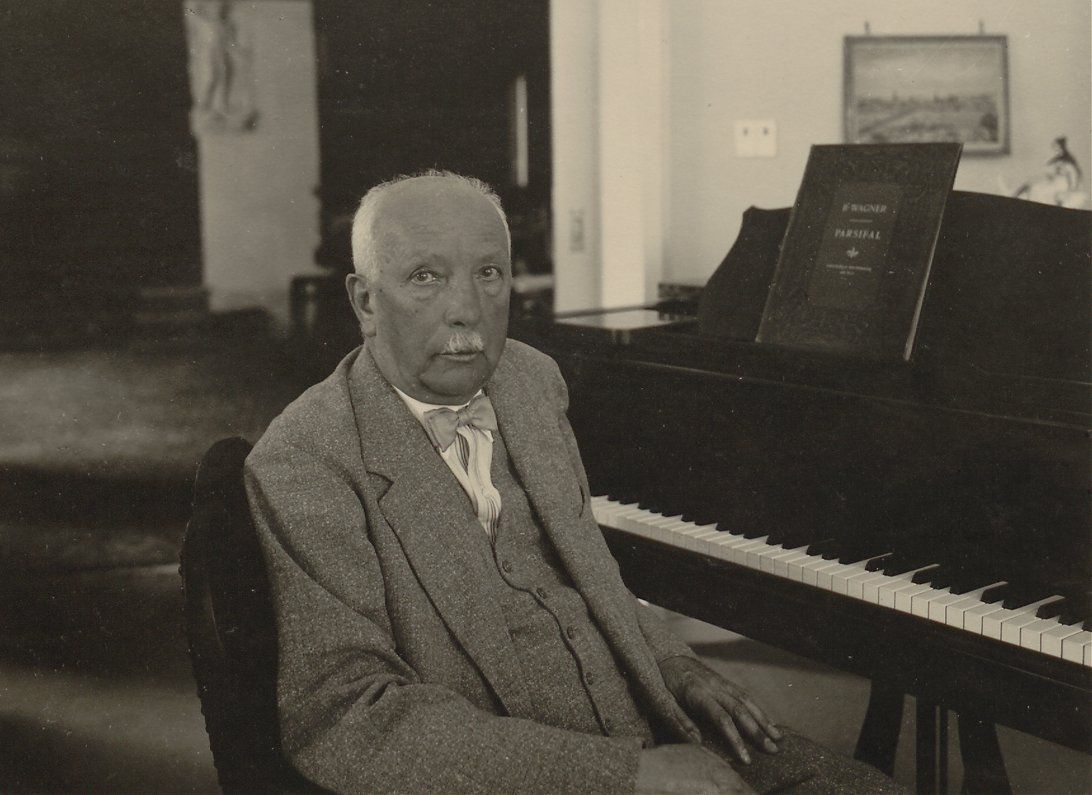 Richard Strauss lived long enough to witness the death of one world and the emergence of another.

Consider that when Strauss wrote his first song, Weihnachtslied, in 1870 at the age of 6, Wagner was just hitting his stride with the premiere of Die Walküre, and Tchaikovsky had recently completed his gushingly romantic Overture-Fantasy, Romeo and Juliet. By 1949, the year of Strauss’ death, the atomic bomb had been dropped. The corinthian-column-studded Munich National Theater, where Strauss’ father Franz played first horn for 49 years, lay in ruins, along with most of Europe’s concert halls- the victim of allied bombing. The musical language had shifted to the serialism of Arnold Schoenberg’s Phantasy for Violin and Piano, Op. 47, or the spare neoclassicism of Paul Hindemith’s Concerto for Woodwinds, Harp, and Orchestra, and Igor Stravinsky’s Mass for Chorus and Winds. Rock and Roll, fueled by new electronic sounds and mass consumer culture, was just around the corner. In 1949, architect Mies van der Rohe’s Promontory Apartments- the first of his many sleek, elegantly functional, modernist skyscrapers- was completed in Chicago. Durable stone and masonry, the standard building blocks for centuries, were now replaced with ephemeral glass and steel and the cityscape was transformed.

Most biographers suggest that Strauss met the rise of the Nazis in the 1930s with an attitude of grudging pragmatism. “I made music under the Kaiser … I’ll survive under this one as well,” he wrote in a letter . By appeasing the new power structure he thought he could “prevent worse misfortunes” for German musical culture, and protect his Jewish daughter-in-law. As a conductor, he defied the Nazis and continued to program works by Jewish composers such as Mendelssohn and Mahler. During the War, Strauss the composer found refuge in sunny, escapist works such as the Oboe Concerto and the Second Horn Concerto. After the war, reality set in with the tormented anguish of Metamorphosen, written in response to the destruction of the Munich National Theater. Scored for twenty-three solo string instruments, it’s a requiem for a shattered world that would never return.

But it’s the Four Last Songs, written by the 84-year-old Strauss a year before his death, which offer the ultimate farewell to that old pre-war world and to life, itself. Unabashedly embracing the old tonal harmonic language, this is a piece which says goodbye to Romanticism- the final stop in a long line of German lieder which began with Schubert and stretched through Schumann, Brahms, Wolf, and Mahler. In a rapidly mechanizing mid-twentieth century world, it’s a farewell to birdsongs and nature. It’s music which greets death with calm acceptance and even wistful nostalgia. There are moments when the music seems reluctant to let go, hanging on for one more delicious moment before reaching its ultimate resolution in a final cadence.

Strauss didn’t specify the order of the songs. The texts for Spring, September, and When I Go to Sleep are settings of poems by Hermann Hesse. At Sunset is by Josef Eichendorff. (You can read the full translation here). One critic described the Four Last Songs as an orchestral tone poem with soprano obligato. We hear the vast depth and expanse of the strings and the distant, plaintive heroism of the horn call. The soprano voice held special, life-long significance for Strauss. The presence of his wife, the operatic soprano Pauline Maria de Ahna, can be felt throughout his music. In the final moments of the song, Im Abendrot (“At Sunset”) the line, “Can this be death?” is followed by a quote from the tone poem, Tod Und Verklärung (“Death And Transfiguration”), written by Strauss sixty years earlier.

Of course, it wasn’t Strauss who gave this cycle the title, Four Last Songs. There was actually a fifth song, Malven, which was the last piece Strauss wrote. He gave the manuscript to the soprano, Maria Jeritza, a respected interpreter of many of Strauss’ operatic roles, with the dedication, “To beloved Maria, this last rose!” It wasn’t discovered until her death in the 1980s. On January 10, 1985, Kiri Te Kanawa and pianist Martin Katz presented the world premiere at a New York Philharmonic subscription program. The flowery text is by Betty Knobel, a Swiss poet, novelist, and journalist:

..tower up, scentless and without the glow of purple, like a tear- stained pale face, under the golden heavenly light, and then sway lightly in the wind.

In the opening, you’ll hear the motive from that horn call in September in a slightly different guise. The song ends with a battle between two jarringly unrelated keys: E-flat major (the home key) and A minor, perhaps a nod to the conflicted final bars of Also sprach Zarathustra.