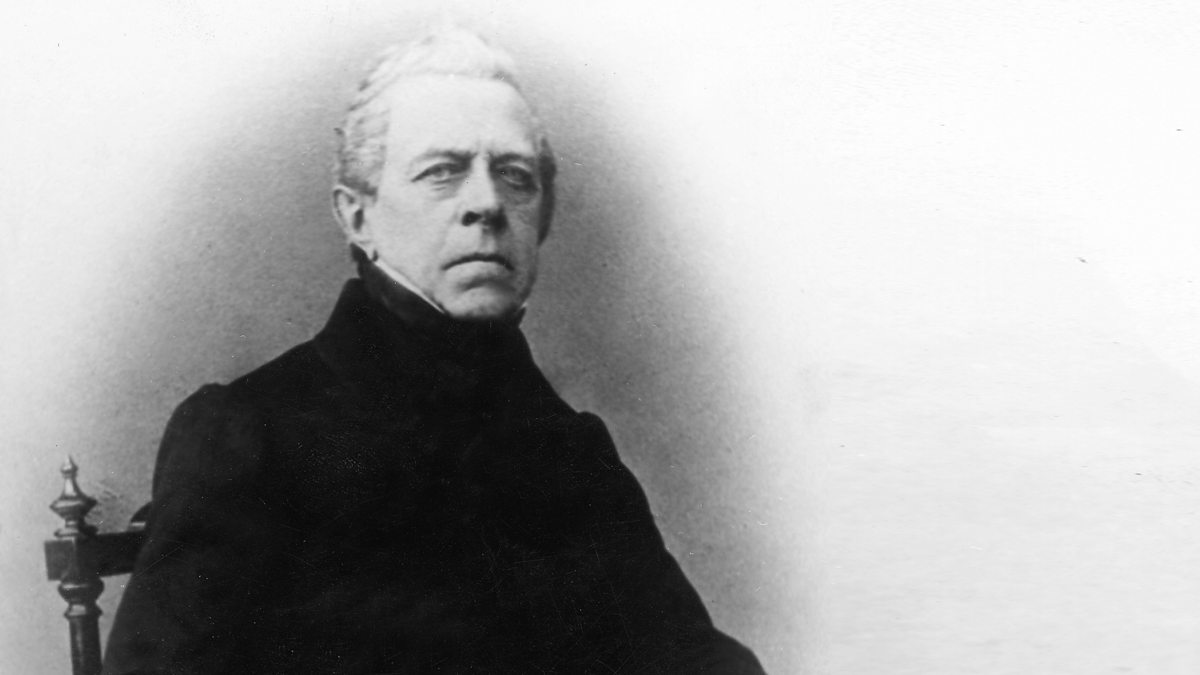 In Wednesday’s post, I made the assertion that Scandinavian composers, from Grieg and Nielsen to Sibelius, inhabited their own distinct sound world. They seem to have heard things in a different way, and their music often unfolds with a unique sense of flow and a distinct approach towards time. Perhaps it was a result of their relative isolation with fewer “mainstream” influences. Or perhaps it was the subconscious influence of the altered daylight of the northernmost reaches.

Symphony No.3 in C Major “Sinfonie singulière” by the somewhat obscure Swedish early Romanticist, Franz Berwald (1796-1868), is a piece which is full of interesting Nordic sounds. Berwald is often considered to be the first great Scandinavian symphonist and Sweden’s greatest composer. Generally ignored as a composer during his lifetime, he earned a living as an Orthopedic surgeon and later managed a saw mill and a glass factory. In 1911, Carl Nielsen wrote,

Neither the media, money nor power can damage or benefit good Art. It will always find some simple, decent artists who forge ahead and produce and stand up for their works. In Sweden, you have the finest example of this: Berwald.

Written in 1845, the same year that Mendelssohn’s Violin Concerto was premiered, Berwald’s Third Symphony was not performed until 1905, thirty-seven years after the composer’s death. The work is set in three movements with a Scherzo arriving with a sudden “bang” in the middle of the Adagio second movement. There are echoes of Berlioz. But the most interesting aspect of this music is its stunning originality. For example, the trombones are used as a prominent solo voice, something rarely heard in other symphonies at the time with the exception of Berlioz’ Symphonie fantastique and Schubert’s “Great” Ninth. It’s almost eerie the way Berwald anticipates the music of Sibelius, born three years before Berwald’s death, especially in terms of orchestration. (Listen to the woodwinds here, and this shivering passage in the final movement). Here, the falling strings remind me of similar moments in Sibelius’ Sixth Symphony. Additionally, the second movement breaks off with the abrupt Scandinavian aloofness we hear at the end of so many of Sibelius’ movements. (Sibelius’ Fifth, for example).

The opening of Berwald’s Third Symphony emerges out of thin air with an incredible sense of mystery and anticipation. Listen to the way the voices enter, from the strings to the clarinet, to the oboe, to the flute. We get a sense of the piece, and its cast of musical characters, awakening and springing to life. There’s another jaw-dropping moment of haunting mystery in the second movement which re-emerges near the end of the final movement. Writing in isolation and virtual obscurity, Berwald heard unique sounds that set the stage for Scandinavian composers to come.

Here is a performance by the Helsingborg Symphony Orchestra, conducted by Okku Kamu: