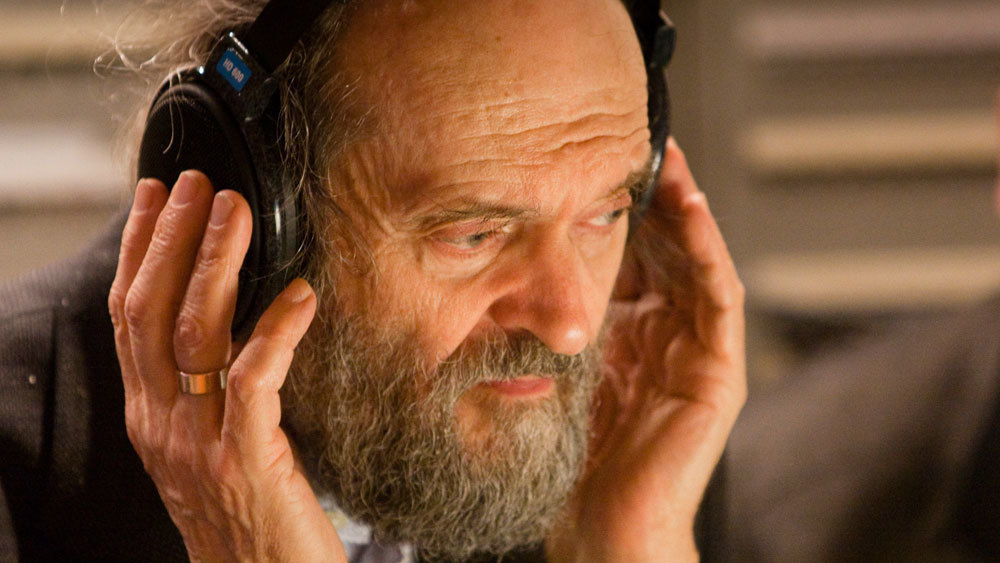 This one note, or a moment of silence, comforts me. I work with very few elements – with one voice, with two voices. I build with the most primitive materials – with the triad, with one specific tonality. The three notes of a triad are like bells. And that is why I call it tintinnabulation.

Tintinnabulation is an area I sometimes wander into when I am searching for answers – in my life, my music, my work. In my dark hours, I have the certain feeling that everything outside this one thing has no meaning. The complex and many-faceted only confuses me, and I must search for unity. What is it, this one thing, and how do I find my way to it? Traces of this perfect thing appear in many guises – and everything that is unimportant falls away.

Time and timelessness are connected.  This instant and eternity are struggling within us.  And this is the cause of all of our contradictions, our obstinacy, our narrow-mindedness, our faith and our grief.

At the end of the 1960s, Estonian composer Arvo Pärt (b. 1935) abruptly entered into an eight-year period of compositional “silence.” When he began composing again, the music which emerged was a universe away from his earlier dissonant, ultra-complex, twelve-tone style. Its meditative mysticism recalled the timeless serenity of Renaissance polyphony while arriving at a place which was completely new.

One of the first and most famous examples of Pärt’s new sound world is Fratres (Latin for “brothers”), written in 1977. It’s a piece written “without fixed instrumentation,” a characteristic which recalls the highly-adaptable music of J.S. Bach. Pärt wrote,

The highest virtue of music, for me, lies outside of its mere sound. The particular timbre of an instrument is part of the music, but it is not the most important element. If it were, I would be surrendering to the essence of the music. Music must exist of itself … two, three notes … the essence must be there, independent of the instruments.

Listening to Fratres, you can sense the unfolding of a beautiful and seemingly inevitable mathematical process. Built on a constant open fifth (A-E) drone, the entire piece is delicately poised somewhere between A major and minor. The solemn two-bar percussion pattern in 6/4 time which comes between each of the nine “rotations” has been compared to the percussion interjections in Aaron Copland’s Fanfare for the Common Man. As time signatures alternate from 7/4 to 9/4 to 11/4, we have a sense of musical “space” filling in.

Between 1977 and 2009, there have been at least eighteen authorized versions of Fratres-everything from strings to wind octet and percussion, to trombone ensemble and timpani. Listening to multiple incarnations back-to-back provides a unique experience. The same persistent, eternal message seems to be finding voice in multiple messengers.

Here are eight versions of Fratres:

Fratres for Strings and Percussion

Fratres for Violin and Piano

The first evolution of the piece was commissioned by the 1980 Salzburg Festival and dedicated to violinist Gidon Kremer and pianist Elena Kremer who gave the premiere. Here is Kremer’s recording with pianist Keith Jarrett:

Fratres for Eight or Twelve Cellos

This version for a “choir” of cellos was made in 1982. Here, it is performed by the Berlin Philharmonic cello section:

Here is the 1985 version from the Kronos Quartet’s Winter Was Hard album:

Fratres for Cello and Piano

Fratres for Wind Octet and Percussion

This 1990 version is performed by musicians from the Orchestra Of Flanders and conductor, Rudolf Werthen. An interesting new set of overtones arises when the piece is transferred to winds:

Here is the Alea Saxophone Quartet. Some striking dissonances between the drone and the other voices come out in this version:

Arvo Pärt has written many pieces for the Estonian early music group Hortus Musicus. Here is their performance of Fratres. It’s twentieth century music heard through the instruments of the 1600s:

As a bonus, here is jazz pianist Aaron Parks’ Harvesting Dance from the 2008 album, Invisible Cinema. This can’t be called a “version” of Fratres, but it is a jazz homage, built on the same chord structure: