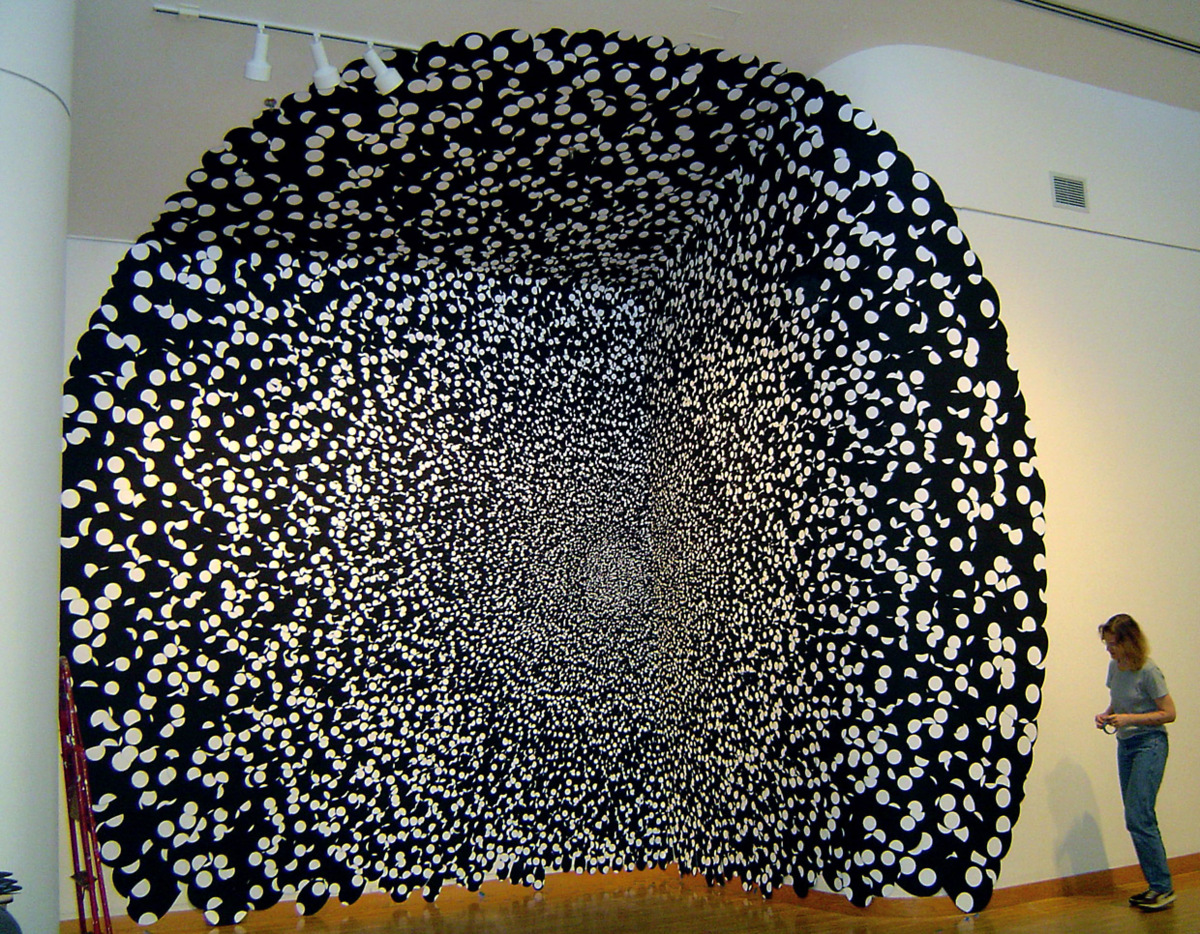 Checkered Shade, a 2014 chamber work by American composer Timo Andres (b. 1985), demonstrates that the repetitive, pulse-based minimalism of early Steve Reich and John Adams still provides fertile musical ground. The piece opens with pulsating string harmonics reminiscent of Adams’ Shaker Loops or Common Tones in Simple Time, both written in 1979. One passage suggests the cartoonish bombast of the final movement of Adams’ rule-breaking Grand Pianola Music. All of this is interspersed with jazzy flute licks and bass lines which would sound at home in a film score for a crime/action thriller.

Given its nods towards minimalism, Checkered Shade ends up in a much different place than you might expect. All of its pulses and patterns deliver us into a space of quiet, majestic, bluegrass-infused meditation. The composer, who cites the influence of the abstract ink drawings of Astrid Bowlby, describes the piece as

a gradual zoom outward; tiny fragments of repeated material resolve into larger patterns, which, at the urging of the violin, eventually coalesce into an expressive chorale.