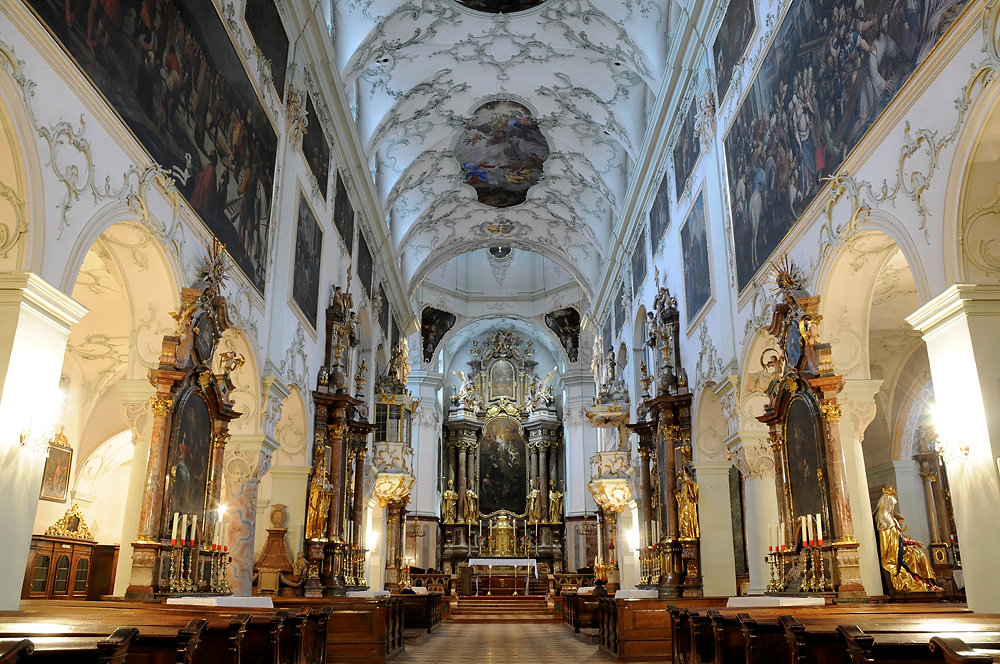 Some interesting questions surround the creation of Mozart’s “Great” Mass in C minor. First, it was written in Vienna between 1782 and 1783 at a time when Mozart was in demand for operas, not sacred music. He had resigned his post in Salzburg in August, 1777, escaping the provincialism of an Archbishop with a penchant for unsophisticated church music as well as his overbearing father, Leopold. Then, there’s the question of why Mozart left the work unfinished. The Credo breaks off with the aria, “Et incarnates est,” the Agnus Dei is missing entirely, and the partially-lost Sanctus has required editorial reconstruction. The Kyrie and Gloria later found their way into the cantata, Davide penitent, K. 469.

Mozart’s 1782 marriage to Constanze Weber, and his Salzburg homecoming a year later, provides a partial clue regarding the inspiration for the Mass. In a January 4, 1783 letter to Leopold he wrote,

It is quite true about my moral obligation…I made the promise in my heart of hearts and hope to be able to keep it. When I made it, my wife was still single; yet, as I was determined to marry her soon after her recovery it was easy for me to make it- but as you yourself are aware, time and other circumstances made our journey impossible. The score of half a mass which is still lying here waiting to be finished, is the best proof that I really made the promise.

It’s likely that Constanze sang the demanding Soprano I part at the first performance at Salzburg’s St. Peter’s Church (pictured above) on October 26, 1783. Listening to the wide-ranging coloratura of “Et incarnates est,” it’s easy to imagine that Mozart is showing off his wife’s vocal skill in an attempt to win over his disapproving father. But the real greatness of this piece goes far beyond biographical interest. In Vienna, Mozart discovered the works of J.S. Bach and Handel- music which, at the time, was considered outdated. You can hear a reverence for Baroque counterpoint at moments in the Mass, such as the soaring Cum sancta spiritu. Amid all of Mozart’s cheerful, sparkling classicism (the Haffner Symphony was written the same year), the Mass in C minor takes us to a darker, more melancholy place. For example, listen to this haunting passage from the Qui tollis, which seems to foreshadow the terror of Don Giovanni. Standing on the shoulders of the existing Baroque canon, the C minor Mass is music seemingly written for posterity.

The Kyrie Eleison is the only movement set in C minor. The solemnity of the opening unfolds into a beautifully operatic soprano solo. The Gloria springs to life with trumpets and drums over four-part chorus. We hear the largest orchestral forces of any of Mozart’s sacred works. Some of the Mass’ most transcendent moments come in the “Et incarnates est,” in which the vocal line enters into a sublime conversation with woodwind voices.