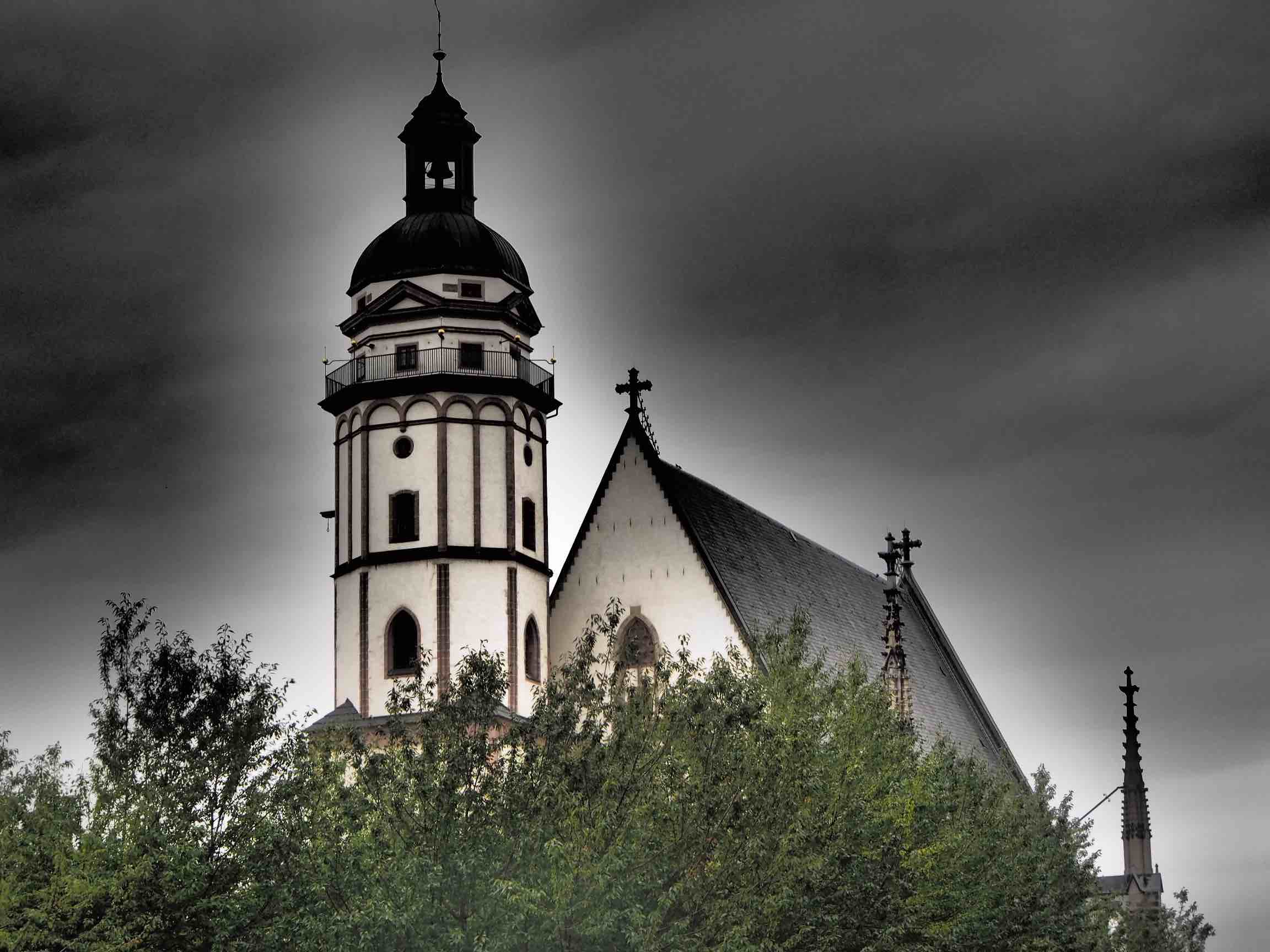 On Friday, we considered the musical influence of J.S. Bach on Mozart. Born in 1756, six years after Bach’s death, Mozart became fascinated with Bach’s counterpoint around the time he moved from Salzburg to Vienna. In 1789, he traveled to Leipzig and performed on the organ Bach had played at St. Thomas Church (pictured above). Bach was music director of the church from 1723 until his death in 1750.

According to an eyewitness, the German musicologist Johann Friedrich Rochlitz,

Mozart played without previous announcement and without compensation on the organ of the church of St. Thomas. He played beautifully and artistically before a large audience for about an hour…. Doles [Johann Friedrich Doles, a former student of Bach’s who had succeeded him as the church’s music director] was utterly delighted with his playing and thought that old Sebastian Bach … had been resurrected. With good taste and with the greatest ease Mozart employed all the arts of harmony and gloriously improvised upon the themes, among others of the chorale ‘Jesu, meine Zuversicht’….”

“At the instigation of Doles, the cantor of the Thomasschule in Leipzig, the choir surprised Mozart by performing the motet for double choir, ‘Singet dem Herrn ein neues Lied,’ by the patriarch of German music, Sebastian Bach. As soon as the choir had sung a few bars, Mozart started; after a few more he exclaimed: ‘What is that?’ And now his whole soul seemed to be centered in his ears. When the song was ended, he cried out with delight: ‘Now, here is something one can learn from!’

“He was informed that this school, where Sebastian Bach had once been cantor, possessed a complete collection of his motets, which were preserved as if they were a saint’s relics. ‘That is right, that is fine,’ he exclaimed. ‘Let me see them’ There was, however, no complete score of these songs. He therefore took the separate parts, and then, what a pleasure it was for the quiet observer to see how eagerly Mozart sat down, the parts all around him, held in both hands, on his knees, on the nearest chairs. Forgetting everything else, he did not stand up again until he had looked through all the music of Sebastian Bach. He asked for copies….

The motet, Singet dem Herrn ein neues Lied, BWV 225 (Sing unto the Lord a new song), was probably written around 1727. Written as a virtual three-movement concerto for double chorus, its conversing voices give us a sense of eighteenth century “surround sound.” Listen to the way the word, “Singet!” joyfully bounces back and forth.