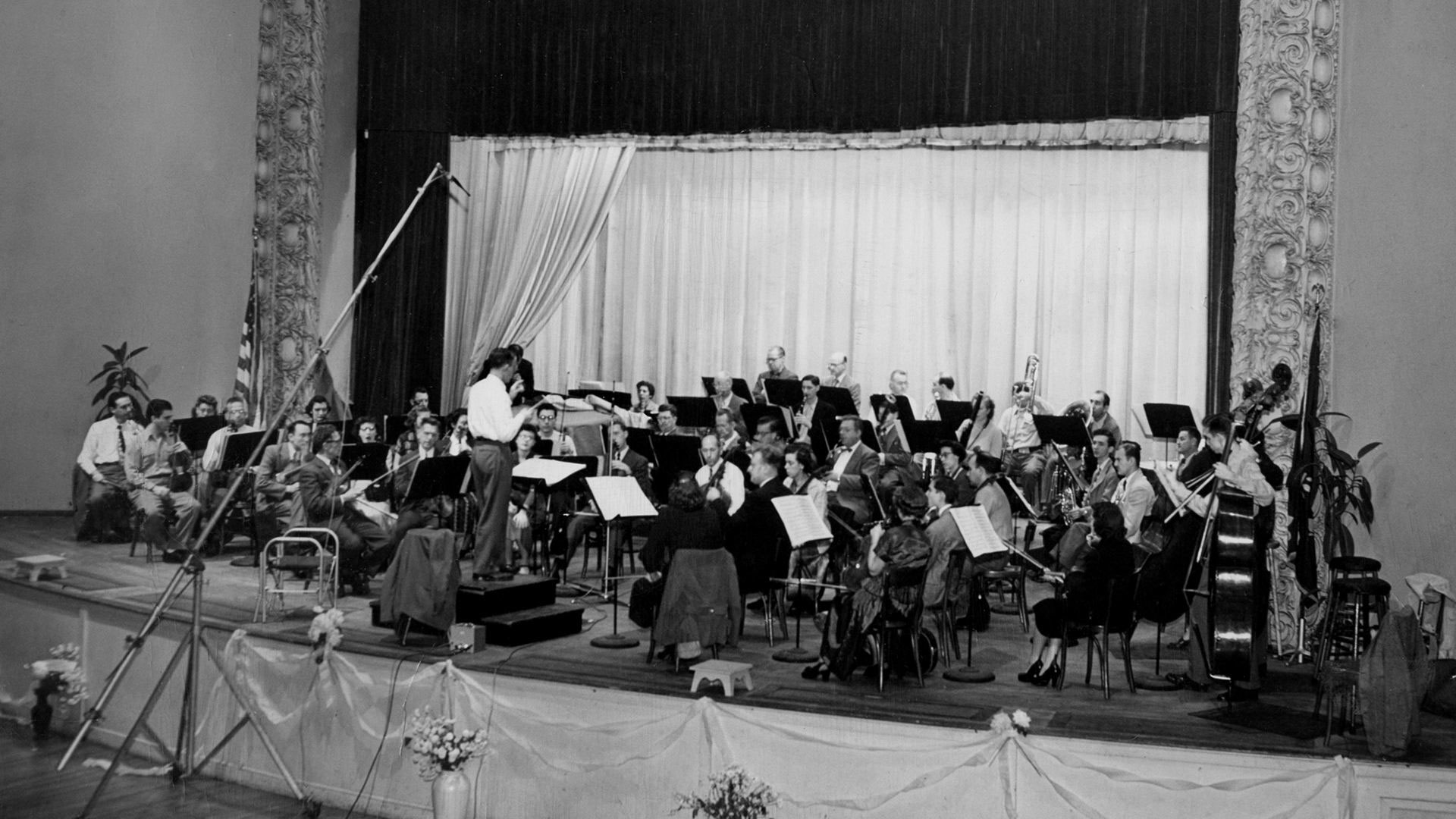 What ingredients are required to develop and sustain a flourishing professional orchestra? Vision, ambition, dedication to the community, and at least a modicum of “big league” thinking, to name a few.

The early years of the Louisville Orchestra offer a case in point. Shortly after its founding in 1937, the ensemble’s first music director, Robert Whitney and Louisville mayor, Charles Farnsley, “conceived an adventurous plan to make the commissioning, performance, and recording of new works for orchestra a centerpiece of the Orchestra’s global mission.” The result was up to 52 new orchestral works (with support from the Rockefeller Foundation) and more than 150 albums produced on the orchestra’ own label, First Edition Records.

Wednesday’s post featured the Louisville Orchestra’s attempt to return to its roots with a new album, All In. This inspired me to dig back into the orchestra’s historic discography, which provides a fascinating document of countless works which might otherwise have remained unheard. These five recordings are only a small sample. If you have a favorite historic Louisville Orchestra recording, please share it in the comment thread below.

Robert Whitney and the Louisville Orchestra premiered Paul Creston’s Invocation and Dance, Op. 58 in May, 1954. You can hear a hint of Stravinsky’s The Rite of Spring in a few places. In a review in the Louisville Courier, Dwight Anderson wrote,

Incorporated within it are melodic elements which have come to us from other lands. Eastern in particular, but which have been absorbed by us. Stylized jazz abounds in the dance. The composer did not write with a program in mind, yet his music lends itself to any number of scienic or atmospheric pictures.

Composed in 1965, this is Walter Piston’s final symphony. It’s one of his most extensive excursions into twelve-tone writing. This music might give you the sense of floating along on an endless sea of color and counterpoint.

The Louisville Orchestra commissioned Roy Harris to write the tone poem, Kentucky Spring, in 1949. The title seems to be a reference to Aaron Copland’s 1944 ballet score, Appalachian Spring. This piece is filled with bright colors and youthful “American”rhythms. Learn more about Harris’ connection to Louisville here.

Ned Rorem’s Eagles is a reference to Walt Whitman’s poem, “The Dalliance of the Eagles.” The composer writes,

In September of 1958, at the MacDowell Colony, I composed a nine-minute instrumental interpretation-a memory, rather-of those verses. It purports to relate, in tone, the calm of a poet’s country stroll interrupted by an intense sensual disturbance which ultimately subsides, leaving the dreamer alone again-but not quite.

Photograph by Cort Best, The Courier-Journal, The Louisville Orchestra during a recording session on Nov. 19, 1950