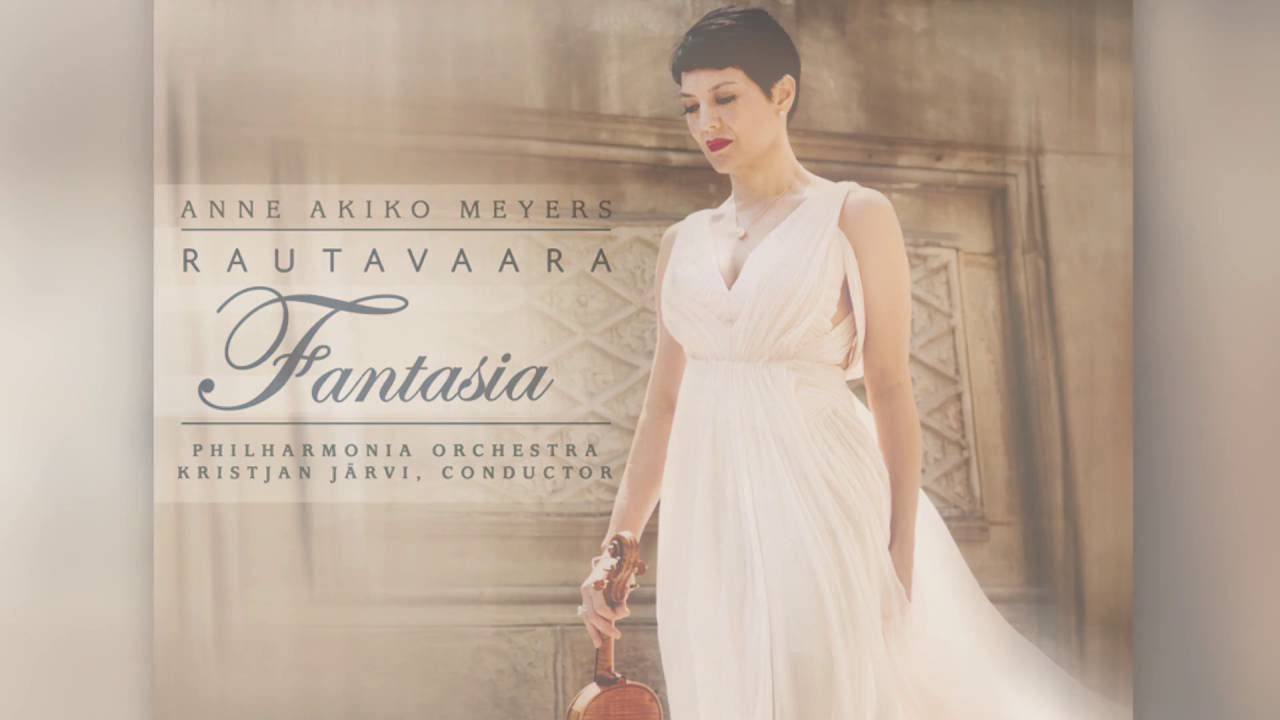 Written in 2015, the Fantasia for violin and orchestra is one of the final works of Finnish composer, Einojuhani Rautavaara (1928-2016). In his early days a composer of 12-tone music, Rautavaara is best known for the mystical neo-romanticism of later pieces such as Cantus Arcticus (“Concerto for Birds and Orchestra”) and Symphony No. 7, “Angel of Light. Meyers talks about her commission of the fifteen-minute-long elegy and her collaboration with Rautavaara in this Gramophone article, and in this recent interview with Richmond Public Radio’s Mike Goldberg.

There’s an incredible sense of harmonic searching in this music. It’s constantly arriving in a surprising new place. And then there’s that moment when the ghost of Jean Sibelius seems to make a brief appearance.