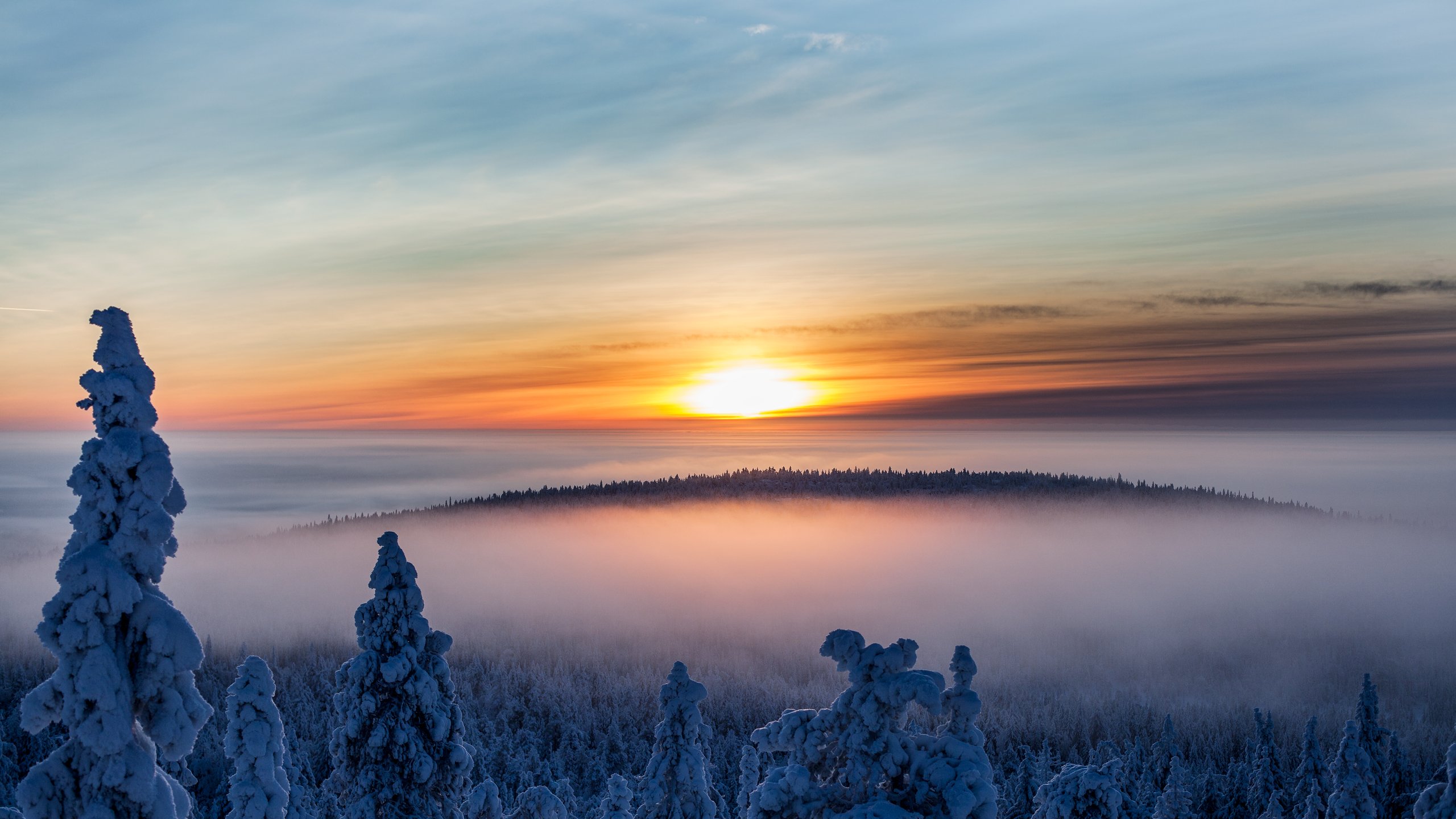 Music is, for me, like a beautiful mosaic which God has put together. He takes all the pieces in his hand, throws them into the world, and we have to recreate the picture from the pieces.

There’s a divine logic at work in the seven symphonies of Jean Sibelius. You get the sense of a self-creating structure- something Sibelius himself described in his famous meeting with Gustav Mahler as “style and severity of form, and the profound logic that created an inner connection between all the motives.”

In many ways, Sibelius’ Symphony No. 1 in E minor, completed in 1899 when the composer was 33, is his most lushly romantic. You can hear echoes of Tchaikovsky in its opulent, soaring melodies. But the “cold spring water” structure and logic of his later symphonies is also fully formed.

The first movement opens amid a desolate, gloomy soundscape. The faint rumble of the timpani emerges out of silence. A quiet, austere statement in the solo clarinet provides the thematic seed out of which the entire symphony develops. Then, suddenly, the strings enter like blinding sunlight glinting off snow, and we’re off. Listen to the way the first climax dissolves into something completely new– a second theme heralded by noble brass fanfares, forward momentum in the harp, and playful conversations in the woodwinds. This is one of those amazing moments in which the music seems to be spinning forward, creating its own structure on the spot. In a past post, I pointed out a passage in the first movement of Sibelius’ Fifth Symphony where the tonal center seems to evaporate, briefly, before harmonic “order” is restored. There’s a similar moment here where we enter a dense chromatic fog.

The lamenting second movement, filled with slavic echoes of Tchaikovsky and Borodin, is followed by a wild Nordic dance Scherzo. The Fantasia final movement opens with the motive we heard in the clarinet at the beginning of the first movement, this time in the strings. The final movement’s climax comes with a majestically expansive melody. Having played this piece, I believe that this is one of those moments when the best seat in the house is in the middle of the violin section, surrounded by the sound. In the final, passionate statement of this theme at the end of the movement, listen to the way groups of instruments share the theme, emerging and falling in glorious waves of sound- first, the violins (beginning at 33:24 in the clip, below), then the cellos, answered by the horns and woodwinds, then the violins emerging again, and eventually a brass chorale. Under all of this is an unrelenting, tension-building pedal tone. For all of this throbbing passion, the final bars of the First Symphony return to the terror and Nordic chill that seems to underlie this Symphony- a final, emphatic, haunting pizzicato E minor.

Sibelius completed the First Symphony in 1899 as Tsar Nicholas II was curtailing the self-governance of Finland, at that time an autonomous Grand Duchy of the Russian Empire. (Finlandia was written the same year). At the premiere, the Symphony was overshadowed by another, more nationalist choral work by Sibelius- the now forgotten Song of the Athenians. It’s a reminder that, in the case of enduring art, time remains the ultimate arbiter.

Here is Paavo Berglund’s recording with the Helsinki Philharmonic Orchestra: