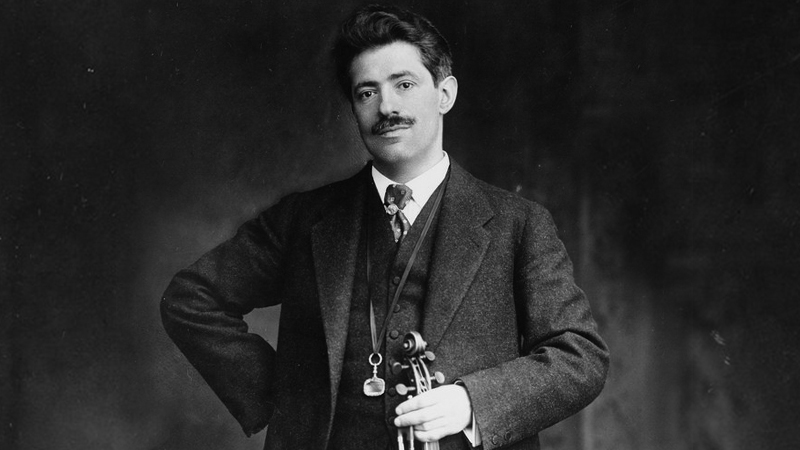 Preghiera, written in the style of Martini, may not rank among early twentieth century violinist Fritz Kreisler’s most well-known compositions. But it is undoubtedly one of his most beautiful and soulful miniatures. Written in 1911, Kreisler falsely attributed this piece to the eighteenth century Italian composer Giovanni Battista Martini (1706-1784). In an elaborate hoax, he frequently performed “newly-discovered” works of old composers, miraculously found in dusty old libraries and monasteries. In 1935, on his 60th birthday, Kreisler finally admitted to the New York Times music critic Olin Downes that he had, in fact, composed all of these “lost classics.” The revelation caused a brief scandal in the music world.

This performance is an excerpt from the 2009 album, It’s Peaceful Here: Little Gems for the Violin, by Cuban-born violinist Andrés Cárdenes. The longtime concertmaster of the Pittsburgh Symphony Orchestra, Cárdenes seems to have inherited an older “sound” and approach to playing from his teacher, Josef Gingold. Here, he captures the simple beauty of this profound yet unassuming piece: