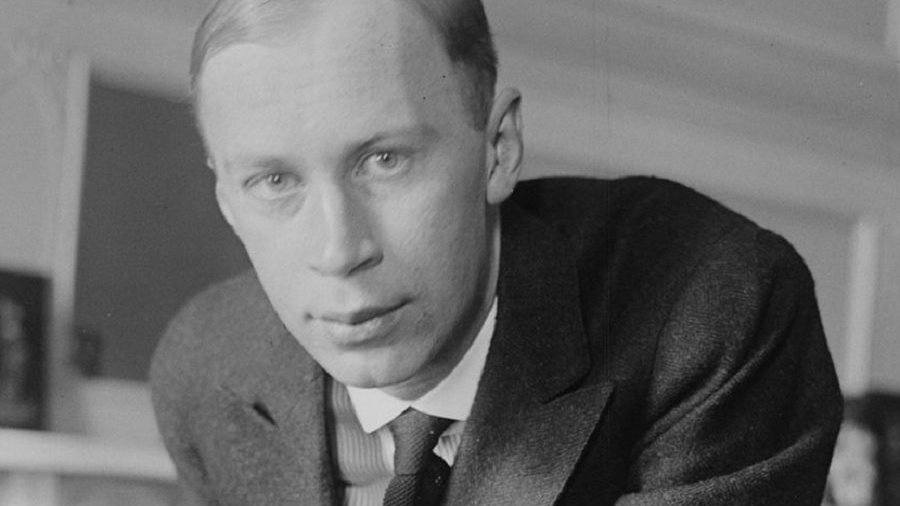 “Wind passing through a graveyard…” This is how Sergei Prokofiev described the hauntingly ethereal passage at the end of the first movement of the Violin Sonata No. 1 in F minor. Hushed, wispy scales rise and fall in the violin over a series of numb, ambivalent piano chords. This chilly passage, which is anything but definitive or conclusive, returns later in the final movement. It encapsulates the atmosphere of the Sonata, perhaps the darkest, most lamenting music Prokofiev ever wrote.

When Prokofiev began work on this piece in 1938, Stalin’s Great Terror was in full swing and Hitler’s invasion of Russia was imminent. Finding its completion “difficult,” the composer set the work aside, moving on to the Fifth Symphony and the much different Second Violin Sonata (a transcription of the Flute Sonata, Op. 94). The First Sonata was finally completed in 1946. Prokofiev dedicated it to his friend, the violinist David Oistrakh. I was fortunate to be able to study this piece with Oleh Krysa, a prominent student of Oistrakh.

The influence of Handel’s violin sonatas is evident in the “slow-fast-slow-fast” structure of the movements. The first movement (Andante assai) opens with a quietly ominous statement deep in the low register of the piano. It’s a persistent presence throughout the movement, almost like a distant echo of a baroque passacaglia bass line. This dark, growling voice always seems to be lurking just beneath the surface. A few moments later, this passage seems to evoke the strident tones of Russian bells, while strangely anticipating the meditative, minimalist patterns of Arvo Pärt.

The ferocious second movement (Allegro brusco) erupts with hammer blows in both instruments. There’s a sardonic, over-the-top romanticism to the second theme, with its sudden harmonic twists and turns. There is no escaping the unrelenting fury of this music. Just at the moment it seems to reach a point of cadence, teasing us with the expectation of a respite, this sonic nightmare morphs into something new and even more terrifying.

After all of this, the third movement (Andante) takes us to a much different place: a hazy, impressionistic dreamscape, glassy, numbly detached, strange, and quietly haunting.

The final movement (Allegrissimo – Andante assai, come prima) erupts with the abandon of a wild Russian folk dance. As one passages unfolds into the next, it’s music which never finds a resting point. The movement’s climax brings the sonata full circle. There is no true resolution, only a sense of inevitability and eternally lamenting voices.

I’ve included a great concert clip of David Oistrakh below. For a high quality modern recording, I love the searing intensity of this 1991 performance by Gidon Kremer and Martha Argerich. When Oistrakh and pianist Lev Oborin were preparing for the premiere, Prokofiev requested that certain forte chords in the piano speak with a shocking power and intensity. We hear this in Argerich’s interpretation: