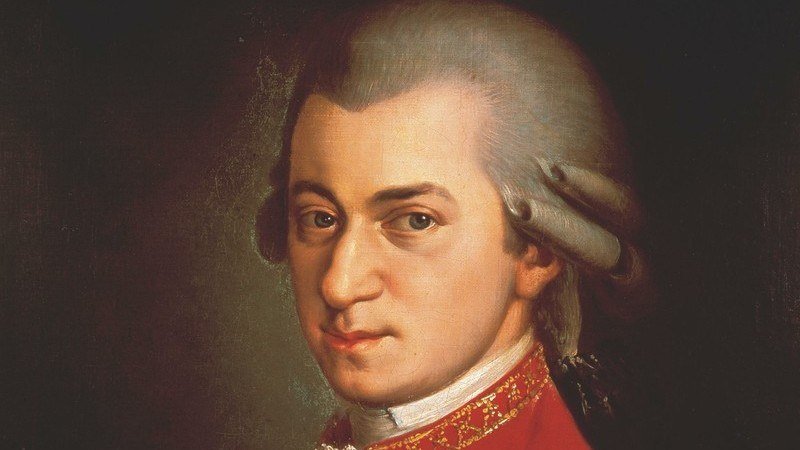 Towards the end of the finale of Mozart’s last symphony (the “Jupiter,” No. 41), there’s an extraordinary moment when five independent musical themes combine to form an explosion of counterpoint unlike anything else in the symphonic repertoire. This dazzling display of musical fireworks culminates Mozart’s symphonic output with a celebratory bang. But one of this finale’s most prominent motives- the four notes, “C-D-F-E” which open the movement– has roots much earlier in Mozart’s writing. Go back and listen to the second movement of the First Symphony, which Mozart composed in 1764 at the age of eight, and you’ll hear this same motive in the horns. It makes a subtle appearance again in Mozart’s Symphony No. 33, as well as a few other works. Actually these fascinating four notes have roots as far back as ancient plainchant. You can hear them in Josquin’s Missa Pange lingua.

Tomorrow marks the 262nd anniversary of Mozart’s birth. In celebration, let’s listen to Mozart’s first and last symphonies, side by side. Consider the strange and fitting significance of this four-note motive appearing at both ends of Mozart’s symphonic arch.

Here is the final movement of Symphony No. 41: