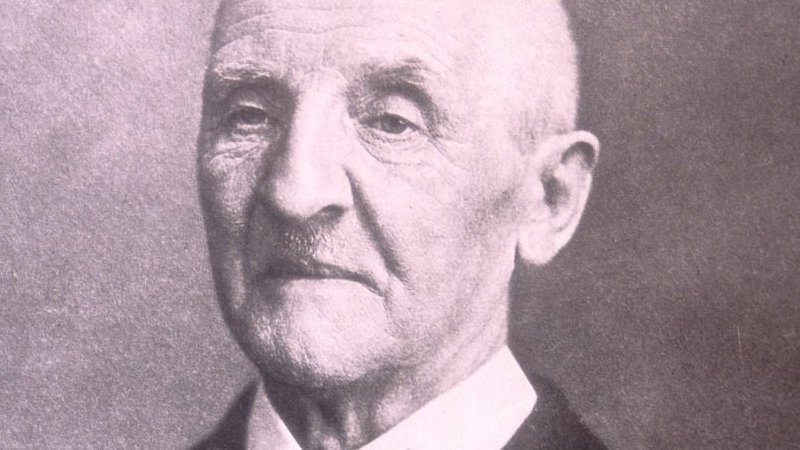 Feierlich, misterioso…This is the marking Anton Bruckner inscribed above the first movement of Symphony No. 9 in D minor. Indeed, from this opening movement’s first, quietly haunting sounds, we’re drawn immediately into a place of “solemn mystery.” Hushed, shivering tremolo emerges out of silence, followed by a multi octave-deep D in the winds. Quiet, persistent fanfares in the trumpet and timpani intone ghostly echoes of a distant battlefield.

Perhaps Bruckner was the first and only nineteenth century symphonist to fully confront the monumental, transformative vision of Beethoven’s Ninth Symphony. In picking up the mantel of Beethoven’s symphonic pinnacle, Bruckner’s nine symphonies all seem to start in the same place. Each attempts to further refine a similar, ultimate path to transcendence. But listen to the opening of Bruckner’s Ninth and you’ll get a sense that this time the journey is tinged with something deeper, more ominous, and more darkly haunting. This final, unfinished symphony, which Bruckner dedicated “to the beloved God,” is filled with strange moments of dissonance and terror. As with late Beethoven, Schubert, and Mahler, this is music of revelation.

This shadowy undercurrent runs throughout the first movement. Even in the second theme, which seems like a prayer of gratitude with its fleeting quote of the Seventh Symphony’s Adagio, there is a constant sense of pulling back- an alternation between affirmation and mystery, and a restless, apprehensive sense of wandering- all amid a drama of conversing voices. All of this remains unresolved in the final bars, when we experience Bruckner’s most terrifying coda. In these final, frightening moments, listen to all the distinct voices and the way they combine, from the timpani pedal, to the horn fanfares, to the trumpet and trombone proclamations, to the ever-intensifying string tremolo. This rumbling, raw, titanic energy and crunching dissonance finds resolution in expansive open fifths.

Following the model of Beethoven’s Ninth, the second movement is the Scherzo. This is a structural change necessitated by the length and dramatic weight of the first movement and Adagio. “Scherzo” translates as “joke,” but the terrifying Scherzo Bruckner gives us is no joke. It’s the furthest you can get from the folksy Austrian Ländlers of earlier symphonies. Instead, we get a blazingly ferocious, demonic romp. The exhilarating trio section feels as if we’re taking a supernatural ride through the night.

Bruckner called the Adagio a “farewell to life.” It opens with the equivalent of a minor second, the narrowest of all intervals. This interval is a prominent building block of the first movement, from this opening statement to the dissonance of the coda. But the minor second which opens the Adagio occurs over the expansive leap of an octave. The chromaticism which follows foreshadows the Adagio which closes Mahler’s Ninth Symphony. Throughout Bruckner’s symphonies, there are monumental musical “events” or “pillars” which capture our attention and remain in our ears long after. Near the beginning of the Adagio we hear one of these climactic moments of sheer expansive majesty. The music which follows alternates between majestic grandeur and struggle. In the movement’s ultimate climax, there is one final, ferocious eruption which breaks off with the jarring dissonance of a dominant thirteenth chord. This is a moment in which Bruckner seems inextricably linked with the sounds of Mahler, Shostakovich, and the twentieth century.

By accident, the first and third movements of Bruckner’s Ninth appear as mighty pillars. The Finale remained incomplete at the time of Bruckner’s death in 1896. As a result, the Ninth Symphony is an unfinished farewell. Still, every time I listen to the serene final moments of the Adagio, I can’t help but feel that the symphony is strangely complete in its current form.