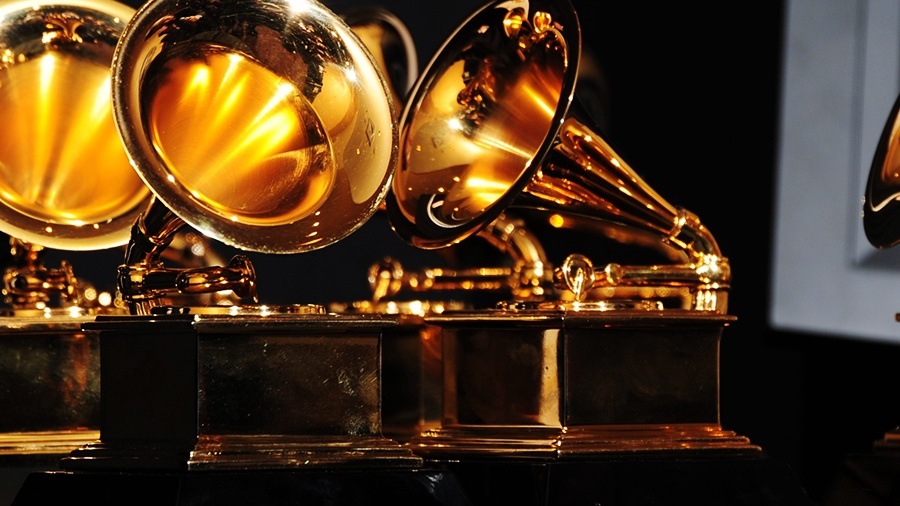 We’ll finish the week with an overview of last Sunday’s 60th Annual Grammy Awards in the classical categories. As you’ll see below, it was a good night for Second Viennese twentieth century composer, Alban Berg.

This album was recorded live in June (Shostakovich) and October (Barber) of 2013. It’s the second Pittsburgh Symphony album to be honored with a Grammy. (The first came in 1992). The album was also a winner in the category, “Best Engineered Album, Classical.” Recording engineer, Mark Donahue, of Boston-based company, Soundmirror, told the Pittsburgh Post-Gazette that the orchestra’s performance was so spectacular that the hair stood up on the back of his neck while he was working in the sound booth.

Interestingly, last year the Boston Symphony won a Grammy in this category with an album featuring the same piece, Shostakovich’s Fifth Symphony. That should give us all some idea of the eternal staying power of this music, even as it remains barely on the radar in Grammy media coverage. Participatory pop culture comes and goes. This is the music we continue to “behold” over the longterm.

Manfred Honeck, who celebrates his tenth year as Music Director of the Pittsburgh Symphony, brings out some soulful quiet moments in the final movement of Shostakovich’s Fifth Symphony. In the final bars, he is faithful to the composer’s slow tempo marking which suggests the irony of empty, forced celebration:

I featured this great live Houston Symphony concert recording in an extensive post last summer. This album was made in 2013 at the end of Hans Graf’s tenure as Houston Symphony music director. Here is an excerpt from Act 1 of Alban Berg’s expressionist opera:

The saxophone quartet, PRISM, and the Philadelphia-based vocal ensemble, The Crossing, come together on The Fifth Century, a studio album featuring music by the English minimalist composer, Gavin Bryars. The music is inspired by the work of English poet and theologian, Thomas Traherne (1636-1674). Here is the atmospheric and meditative Eternity Is A Mysterious Absence Of Times And Ages:

Violinist Patricia Kopatchinskaja offers her string orchestra arrangement of Schubert’s haunting “Death and the Maiden” String Quartet, alongside works by fifteenth century masters such as John Dowland and Carlo Gesualdo and contemporary composer, György Kurtág. It’s an album organized by a concept, or theme. Here is Dowland’s Lachrimae “Seaven Teares”:

In a two CD set, pianist Daniil Trifonov performs Franz Liszt’s complete Transcendental Etudes, along with the selected Concert Etudes. I featured an excerpt from this album in this post from September, 2016. Here is another:

The fact that Berg and Gershwin liked to hang out together in Vienna ties the whole thing up in a bow. It’s an almost loony concept, a “hall of mirrors,” as Hannigan puts it, but she carries it off with awesome confidence.

Here is an excerpt from Berg’s Lulu Suite, music taken from the 1937 opera:

Here is music from the same album. Jennifer Higdon’s Viola Concerto opens with lush, layered string sounds which might remind you of the music of Ralph Vaughan Williams. This is music which wraps you in a comfortable sonic splendor. The first movement fades away with echoes of Copland: