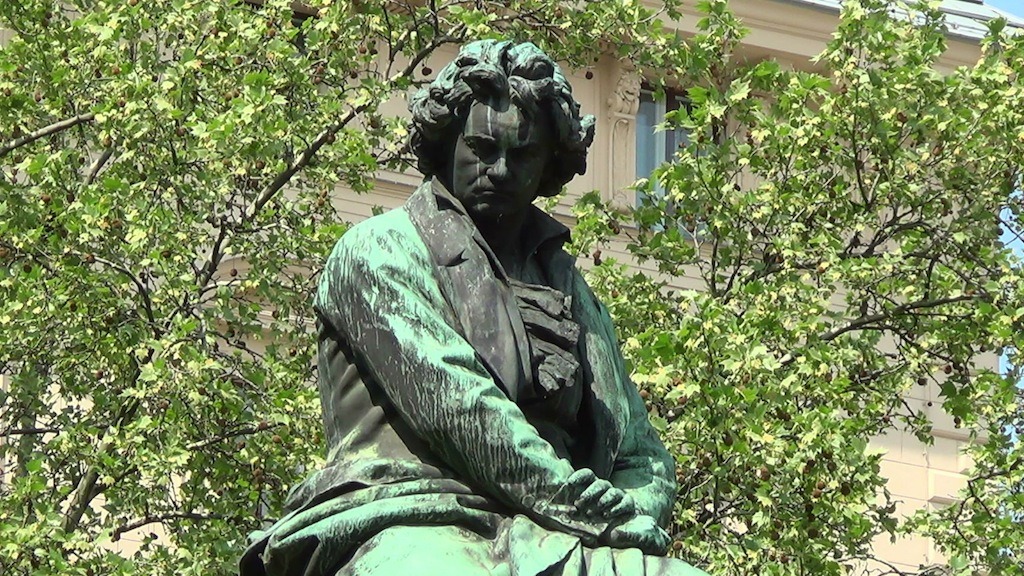 Beethoven’s Fantasy for piano, vocal soloists, chorus, and orchestra, Op. 80, a piece I played over the weekend, is a fascinating and genre-defying hybrid. It was written for a benefit concert that was performed on December 22, 1808. At the end of the concert, Beethoven pulled together the evening’s disparate forces with this adventurous and unlikely piece. Unfortunately, it didn’t go off completely as planned. Due to lack of adequate rehearsal, the performance fell apart and had to be restarted. The Austrian composer and conductor Ignaz von Seyfried was in attendance and described the premiere:

When the master brought out his orchestral Fantasia with choruses, he arranged with me at the somewhat hurried rehearsal, with wet voice-parts as usual, that the second variation should be played without repeat. In the evening, however, absorbed in his creation, he forgot all about the instructions which he had given, repeated the first part while the orchestra accompanied the second, which sounded not altogether edifying. A trifle too late, the Concertmaster, Unrath, noticed the mistake, looked in surprise at his lost companions, stopped playing and called out dryly: ‘Again!’ A little displeased, the violinist Anton Wranitzky asked ‘With repeats?’ ‘Yes,’ came the answer, and now the thing went straight as a string.

At the premiere, the Choral Fantasy began with Beethoven’s extended keyboard improvisation. The entire piece is infused with the sense of spontaneity and fun loving humor you might associate with a casual improvisation among friends.  Quietly and gradually, the orchestra tiptoes in, beginning in the low strings. As more instruments enter, a dialogue takes shape between the orchestral instruments and the piano. A set of variations develop on a warm and gracious melody. With each new variation, the sense of momentum increases, eventually growing into a noble, heroic proclamation. Military marches share the stage with fleeting operatic references.

This description may remind you of another, more famous, piece by Beethoven- the finale of the Ninth Symphony. And therein lies one of the Choral Fantasy’s most fascinating characteristics. Listen to that warm, gracious melody and you’ll clearly hear the seeds of the “Ode to Joy.” This melody first emerged in Gegenliebe, written in 1793 when Beethoven was a student of Haydn. The Choral Fantasy is part of an ongoing “sketch” which reached full maturing with the Ninth Symphony. Even the chorus’ text, which speaks of “peace and joy” and “sublime delight,” anticipates the Ninth Symphony’s joyful exultation:

Graceful, charming and sweet is the sound, Of our life’s harmonies…Accept then, you beautiful souls, Joyously the gifts of high art. When love and strength are united, Divine grace is bestowed upon Man.