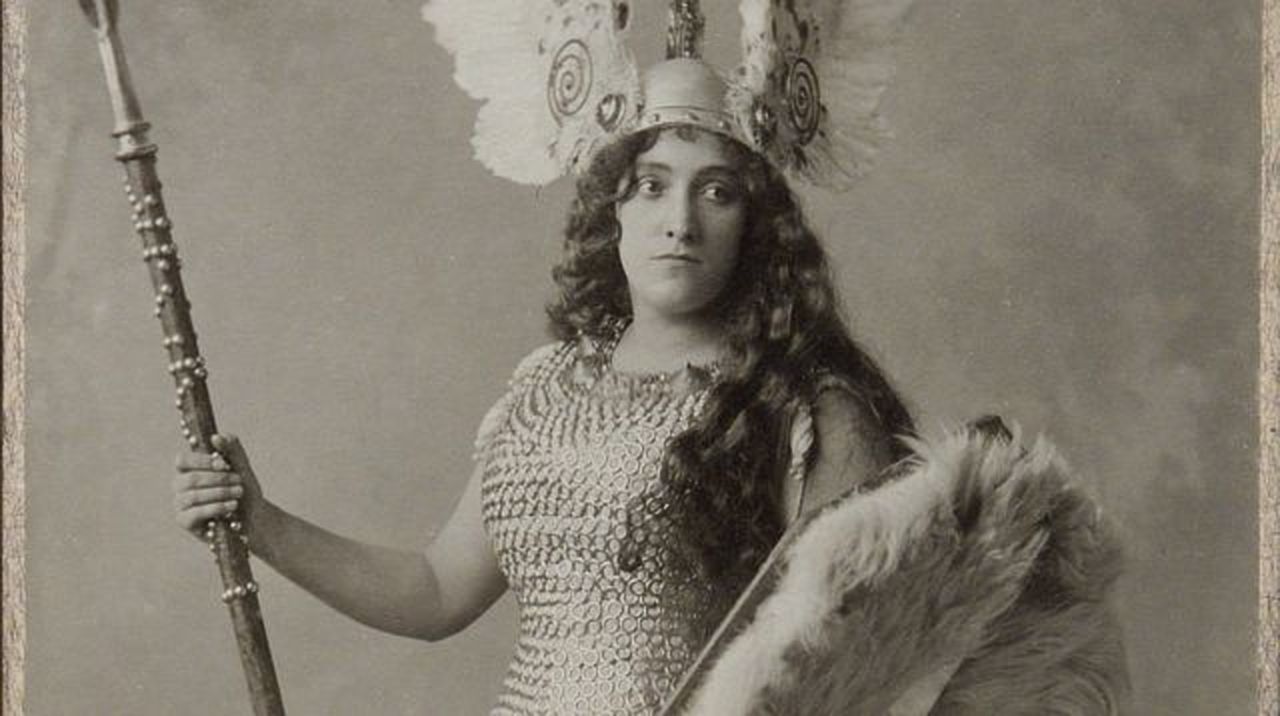 Today, we meet Mahler. More accurately, we take a walk in the composer’s footsteps, indirectly, through the historic recordings of two of his closest protégés, soprano Anna von Mildenburg and conductor Bruno Walter.

One brief fragment from 1904 is the only existing document of the eminent Austrian Wagnerian soprano, Anna von Mildenburg (1872-1947), pictured above. At the age of 23, Mildenburg made her debut under Mahler’s baton at the Hamburg State Opera, singing the role of Brünnhilde in Wagner’s Ring Cycle. Mahler nurtured Mildenburg’s talent and developed a close relationship with her during his tenure in Hamburg. Later, he helped establish her career in Vienna.

In her 1921 autobiography, Anna von Mildenburg described her personal and professional associations with Mahler:

Demonic, wildly grotesque, bizarre, comical, unique- that is how people regarded him. Many had an eerie feeling on seeing him at the podium. They sensed an extraordinary power and backed away as if from something threatening, or stood and stared at him inquisitively with a pleasurable thrill…I see him now, suddenly standing still with mysterious gestures in the middle of a walk and, with bated breath and a quiet smile, avidly watching a small animal at work, listening to a bird singing. This serenity aways gave way to reflection and serious, pensive contemplation, an awareness of God’s wisdom, will and wonder. He always felt the miracle and the mystery, awestruck and with a touchingly childlike astonishment. He could not understand Man’s indifference to these wondrous acts of nature. How joyful and happy, how grateful he could be, when he infected someone else with his enthusiasm, an enthusiasm for nature or for art, for all that was beautiful. But too often he wrestled in vain, squandering his best efforts.

In this 1904 recording, Mildenburg performs an excerpt from the aria, “Ocean! thou mighty monster,” from Carl Maria von Weber’s opera, Oberon:

I felt as if a higher realm had opened up to me- Mahler, in looks and behavior, struck me as a genius, a demon; life itself had suddenly become romantic. I cannot better describe the elemental power of Mahler’s personality than by saying that its irresistible effect on a young musician was to produce in him…an entirely new attitude to life.

This clip from the early 1930s gives us a sense of the power, precision, and efficiency of the mature Bruno Walter, one of the twentieth century’s greatest conductors. Here is the Overture to Weber’s Oberon. It’s music which begins with a faint horn call and ends in a swirl of “curtain-raising” orchestral virtuosity: