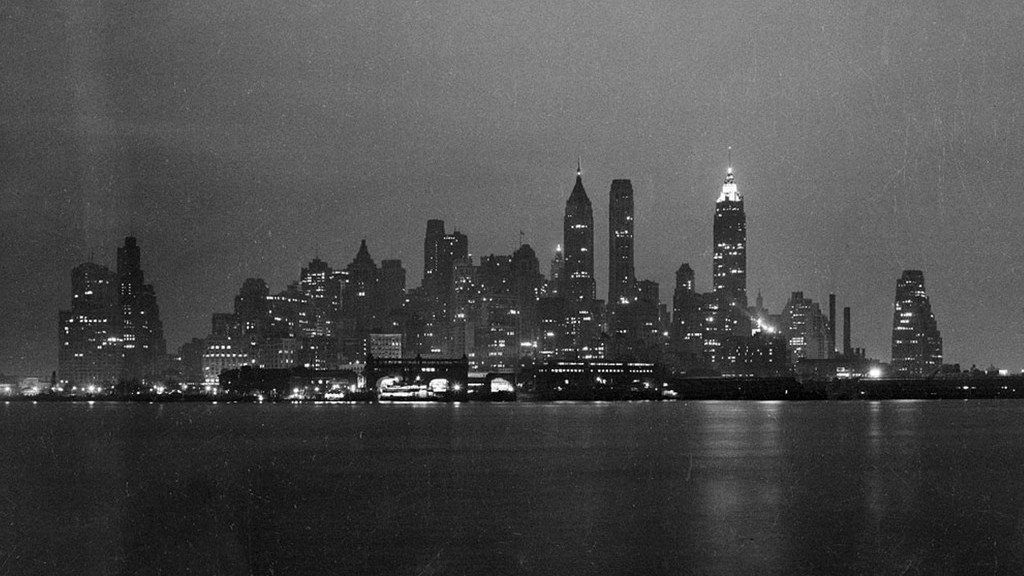 The jubilant, infectious melody and gushing lyrics of the song, Lucky to Be Me, from Leonard Bernstein’s 1944 Broadway musical, On the Town, seem appropriate for any Valentine’s Day playlist. (The lyrics are by Betty Comden and Adolph Green, and the show’s inspiration came from Jerome Robbins’ ballet, Fancy Free, produced the same year with a score by Bernstein).

Listen to the way the contour of Bernstein’s melody, beginning around the 35 second mark, mirrors the carefree euphoria of the lyrics. It’s a melody characterized by sudden, exuberant leaps between intervals. These expansive leaps give us a sense of confident, sunny, optimism- something akin to 1940s Manhattan’s bold assemblage of Jazzy, Art Deco skyscrapers. This is also a melody which plays subtle tricks on our ear. It begins with a descending C-A-C. Then, after four connecting notes, we hear a similarly descending A-F-C. It’s so similar that our subconscious mind wonders if we heard it wrong the first time. Is this A-F-C the end of the old phrase or the beginning of something new? Then, later in the song, there’s that sudden, sweeping modulation up a third to E-flat.

Leonard Bernstein was one of the twentieth century’s ultimate Renaissance figures- a tirelessly complex blend of conductor, pianist, Mahler champion, mass media icon, educator, and composer of concert music as well as Broadway tunes. Listening to this pre-West Side Story musical, it’s easy to get the sense that he is tossing off these melodies without much care- effortlessly dabbling in the world of songwriting before returning to the concert hall. But there is undeniable magic at work here:

We’ll be listening to more of Bernstein’s music over the coming months, leading up to the centennial of his birth in August. But before we leave On the Town, let’s experience the frenetic sights and sounds of 1940s New York through the eyes of the show’s protagonists: three sailors on 24-hour shore leave during the Second World War. The atmosphere of On the Town is bittersweet, evoking a sense of embracing the moment amid an uncertain and potentially ominous future.

The opening of On the Town explodes with exhilaratingly jazzy dance rhythms. In this regard, pay close attention to the dizzying rhythmic sophistication between 4:45 and 5:17. Additionally, notice the way the theme’s iconic, rising opening intervals (A-B-E) also form a vamping bass line. How is that for bringing “symphonic” development to the Broadway stage?

3 thoughts on “Tossing Off Melodies: Leonard Bernstein’s “Lucky to Be Me””