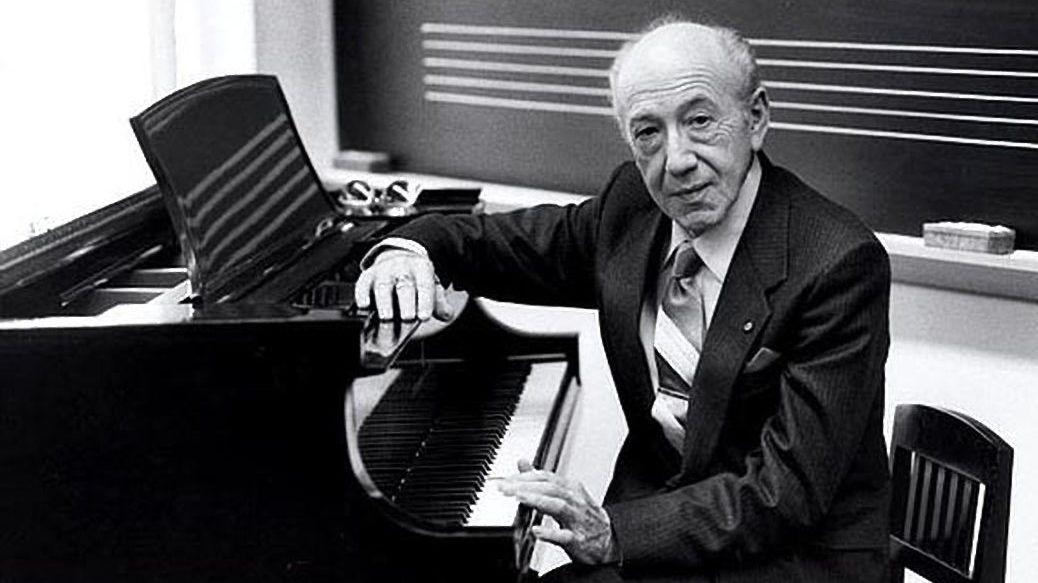 There’s a whole group of great American symphonists who came of age in the 1920s, ’30s, and ’40s, flourished in the middle of the century, and then fell into relative neglect as atonality became the ruling doctrine of concert music. Their names include Howard Hanson, Walter Piston, William Schuman, and Roy Harris.

David Diamond (1915-2005) is another significant composer from this group. Diamond’s music was programmed in the 1940s and ’50s by conductors such as Koussevitzky, Bernstein, Munch, Ormandy and Mitropoulos. In the second half of the twentieth century, he suffered neglect, perhaps because of politics and his open homosexuality. In the early 1990s, he was championed again by Gerard Schwarz and the Seattle Symphony.

David Diamond described his Fourth Symphony, written in 1945, as,

my smallest large symphony. Small in the sense that not only is it short…but form is never allowed to exceed the needs of the material. Yet materials, although of a modest nature, are expansive, [and] somewhat transcendental in the way they go beyond themselves.

The Fourth Symphony is not small in terms of the forces it requires, which include quadruple woodwinds and six horns. In the program notes for one concert, the composer suggested that the work’s three movements were inspired by the theories on life and death of German philosopher and experimental psychologist, Gustav Fechner: “a state of uninterrupted sleep…the transition from sleep to wakefulness…and the eternal wakening to death.”

Listening to David Diamond’s music, you often get the sense of floating through a constantly shifting dreamscape of color and counterpoint which exists just on the edge of consciousness. Voices emerge and are gone in a flash. There are a multitude of moving parts. We feel as if we’re always arriving. You can hear this in the Fourth Symphony’s first movement, Allegretto:

Diamond was once described as a twentieth century “Bruckner.” The Fourth Symphony’s gradually-unfolding second movement, Adagio andante, has a kind of Brucknerian grandeur. The string section is transformed into a shimmering, celestial choir- a rich canvas on which other colors leap to life. There are moments when the string canvas disappears, temporarily, and a bold, new voice becomes all the more stark- something akin to pulling back the curtains and allowing sunlight to fill a darkened room. At other times, the colors mix together, spectacularly. (Listen to the harp in this passage). The second movement fades away into mystery, leaving us with the musical equivalent of a question mark…

The exuberant final movement, Allegro, seems to take flight. Diamond describes it as a combination scherzo and rondo-finale and notes that “what may have seemed earthbound at the start is released at the end.” Just as we approach those final, euphoric bars, the music gives us a sense of the expanse of the wide-open American plains. Listen to the way the main motive, first boldly stated in the brass in the opening, is tossed playfully around the orchestra. One of my favorite passages is the romping horn lick beginning at 3:40.