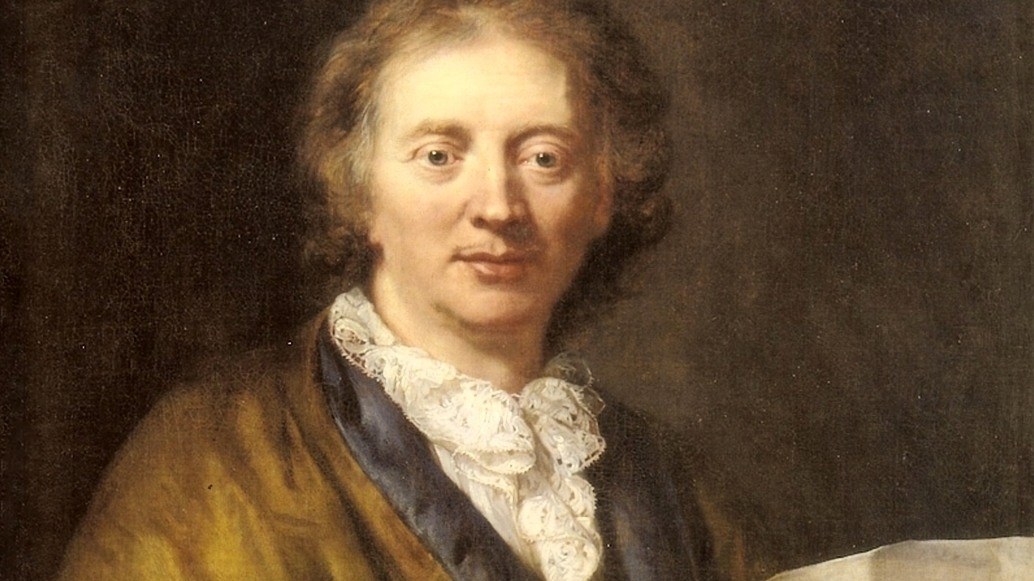 The music of François Couperin (1668-1733) takes centerstage in this month’s release from the Four Nations Ensemble. This is the fourth installment of the early music group’s new educational initiative, the Concise Dictionary of Music. Harpsichordist Andrew Appel performs Couperin’s Septieme Ordre from Book II of Pieces de Clavecin (1717). In the program notes Appel writes,

The Septieme Ordre presents itself as an exhibit of rococo drawings, a suite of Watteau-like images set before us. The grand Baroque gestures of Book I and the tragic and Racinian 8th Ordre from Book II are set aside for music that is touching, delicious, sensual, and witty.

Couperin finds the tenor range of his “modern” French harpsichord, a sound so rich and voluptuous as to fill our ears with velvet. Here we see Couperin as only comparable to Chopin, two composers who understood a world of beauty available only their chosen instruments and spinning out expressive sounds that satisfy the listener and challenge the interpreter to live up to the possibilities of refined playing.One can listen to this music with insufficient attention and believe that the works are very pretty and rely on a simple talent to please. Listen carefully. Couperin finds his soul of expression by including delicate and unexpected turns of phrase. In the Ménetou, there is the moment when a low A cradles the upper voices in a dream like sequence of dissonances resolving within a pastel cloud. L’Enfantine has hidden 7th and 9th chords that tug at our hearts with such gentility, and Les Délices with its sighs and perfumed bass in the final couplet transports us to Cythere, Watteau’s world of perfect harmony. How disturbing then to end this suite of gorgeous pieces with an ominous suggestion of storm as Les Amusemens moves from major to minor and instills an instability and anxiety that makes us think of Verlaine and his evocation of the 18th century. “They don’t seem to believe in their own happiness.”

A haunting remembrance of the final movement of Septieme Ordre, Les Amusemens, opens English composer Thomas Adès’ Three Studies from Couperin, written in 2006. This is one of several works by Adès which pays homage to the French baroque composer, who served as Louis XIV’s organist at Versailles. It’s a piece I played recently with the Williamsburg Symphony. Couperin’s harpsichord music re-emerges in an array of orchestral colors, including the rarely-heard alto and bass flutes. The fluid lines, passed seamlessly from one voice to another, seem to evoke a dark, underwater soundscape:

The final movement, L’Âme-en-peine (“The Soul in Distress”) is from Couperin’s Second Book. The raspy sound of ponticello (playing close to the bridge on the string instruments) and the bass drum, perhaps suggesting a funeral dirge, meet the original stately baroque dance.