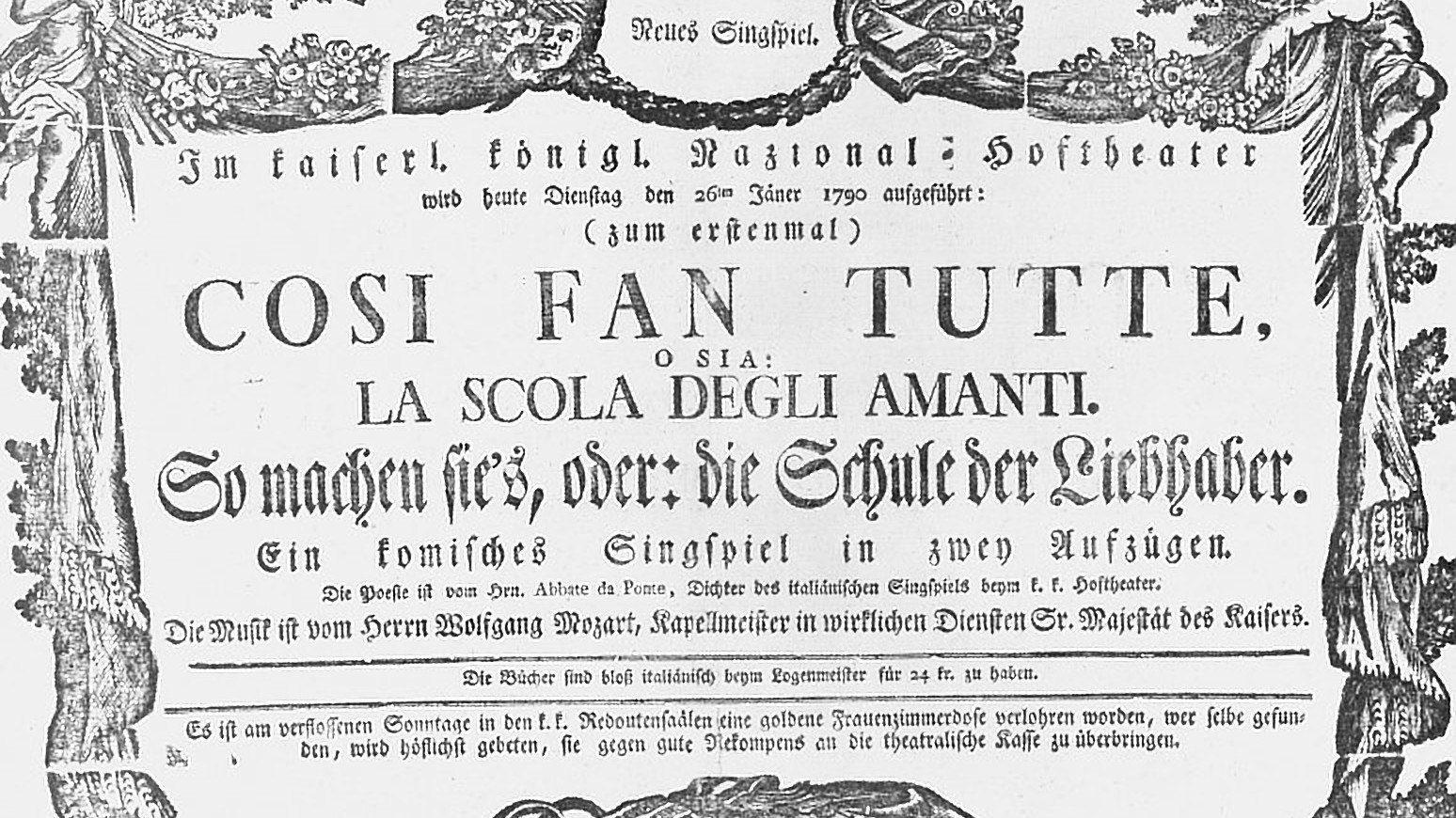 You know that I immerse myself in music, so to speak—that I think about it all day long—that I like experimenting—studying—reflecting.

While the reality was undoubtedly more complex than the popular myth, Mozart’s music often seems to be infused with a sense of effortless perfection. It’s as if the musical voices and their personas are springing to life on the spot. Nowhere is this more apparent than in the Overture to the 1790 opera buffa, Così fan Tutte– a title which translates loosely as, “All women are like that.” The opera’s crazy and scurrilous plot centers around a wager that within a day it can be proven that no woman can stay faithful to her lover. As I showed in a previous post, there are some incredibly beautiful and moving moments amid Così fan Tutte’s silly comedy.

The Overture quickly and playfully sets the stage for the frivolity that ensues. Listen to the ebullient musical conversations which unfold in this sparkling 2015 performance by the Sinfonia Rotterdam and conductor Conrad van Alphen:

Photograph: the playbill from the first performance of Così fan Tutte in Vienna