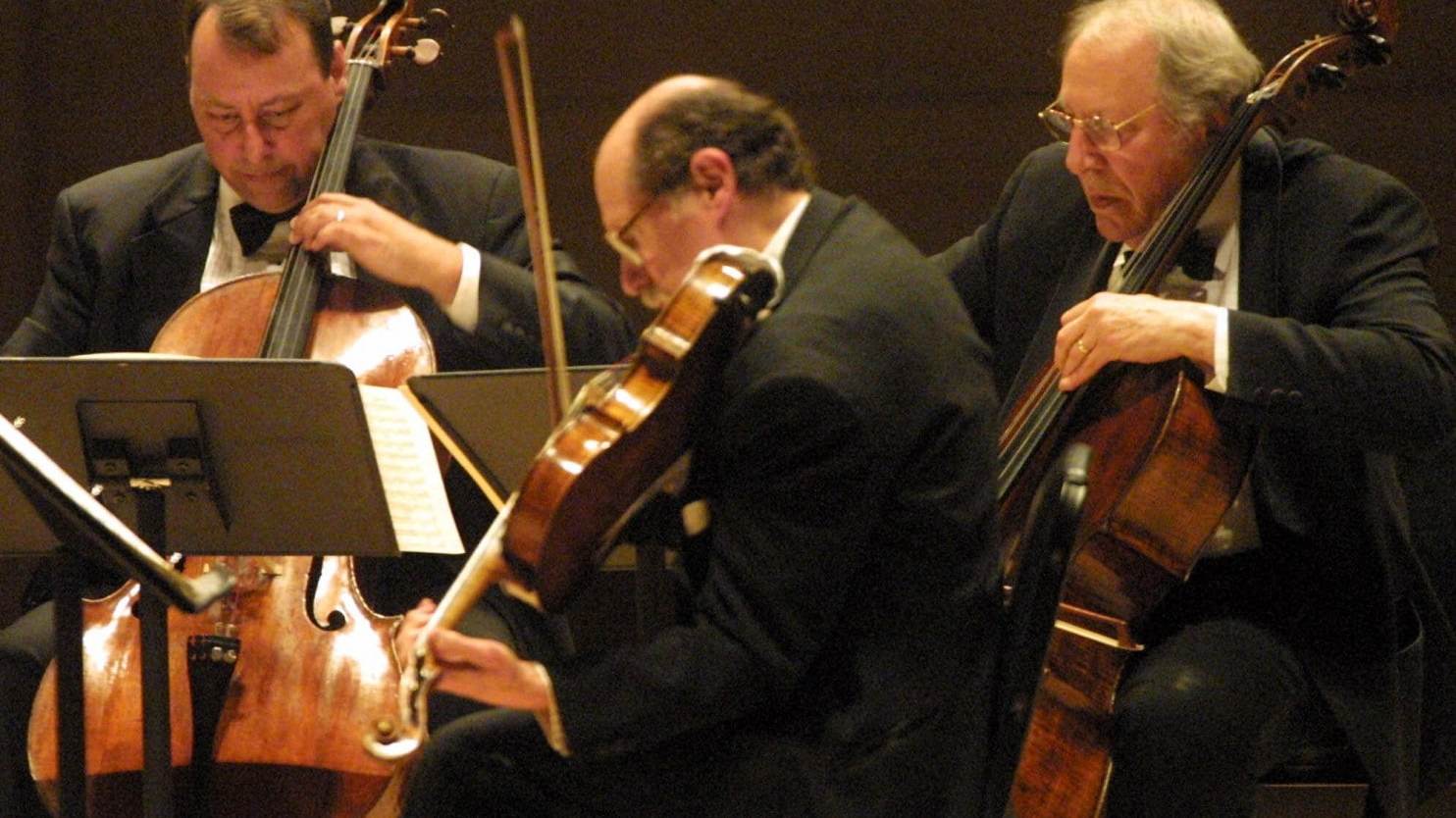 The violist Michael Tree, a founding member of the Guarneri String Quartet, passed away last Friday. He was 84.

The son of violin teacher and author Samuel Applebaum, Tree was a student of Efrem Zimbalist at the Curtis Institute. Zimbalist urged him to change his name in order to advance his career. (Baum is a German surname meaning “tree.”) Michael Tree was a member of the Guarneri Quartet from the time of its founding in 1964 at the Marlboro Music Festival until the group disbanded in 2009.

In memory of Michael Tree, let’s pull one of those great old Guarneri Quartet recordings off the shelf. This 1967 studio recording of Brahms’ Piano Quartet No. 3 in C minor, Op. 60 (below) features three of the Quartet’s members (first violinist Arnold Steinhardt, cellist David Soyer, and Tree) alongside pianist Arthur Rubinstein. In his memoir, Violin Dreams, Steinhardt writes about the Quartet’s association with Rubinstein:

At eighty-two, Rubinstein was at the twilight of a great career, while we in the quartet were only beginning an uncertain one. There was much to learn from this celebrated pianist up close. A Rubinstein performance was fluid but not excessive, grand but never strident, and as natural and artful as the way he spun out one delicious story after another at dinner. Rubinstein sat at the piano, head tilted back, jaw slightly dropped, and played with a smile of sheer pleasure spread across his face. From the set and movement of his body alone, one could see just how comfortable he was with music and with his instrument. There were never any angular or harsh movements as his hands came down on the keyboard, and this was reflected in the glowing sound he produced.

Occasionally, the subtitle, “Werther,” is attached to the Third Piano Quartet, referring to Goethe’s novel, The Sorrows of Young Werther. The novel’s protagonist falls in love with a women who is engaged to another man. It’s a plot which mirrored Brahms’ quietly passionate yet respectful love for Clara Schumann. Brahms included cryptic references to the novel in letters concerning the Quartet’s manuscript. The two falling notes in the opening seem to be calling out, “Clara!” –a nod to the “Clara motive” found in many of Robert Schumann’s works.

Ultimately, the historic background of the composer adds little to our appreciation of this tumultuous and lamenting music. Just close your eyes, forget about the “story,” and listen to the sublime conversation taking place as one motive unfolds into the next: