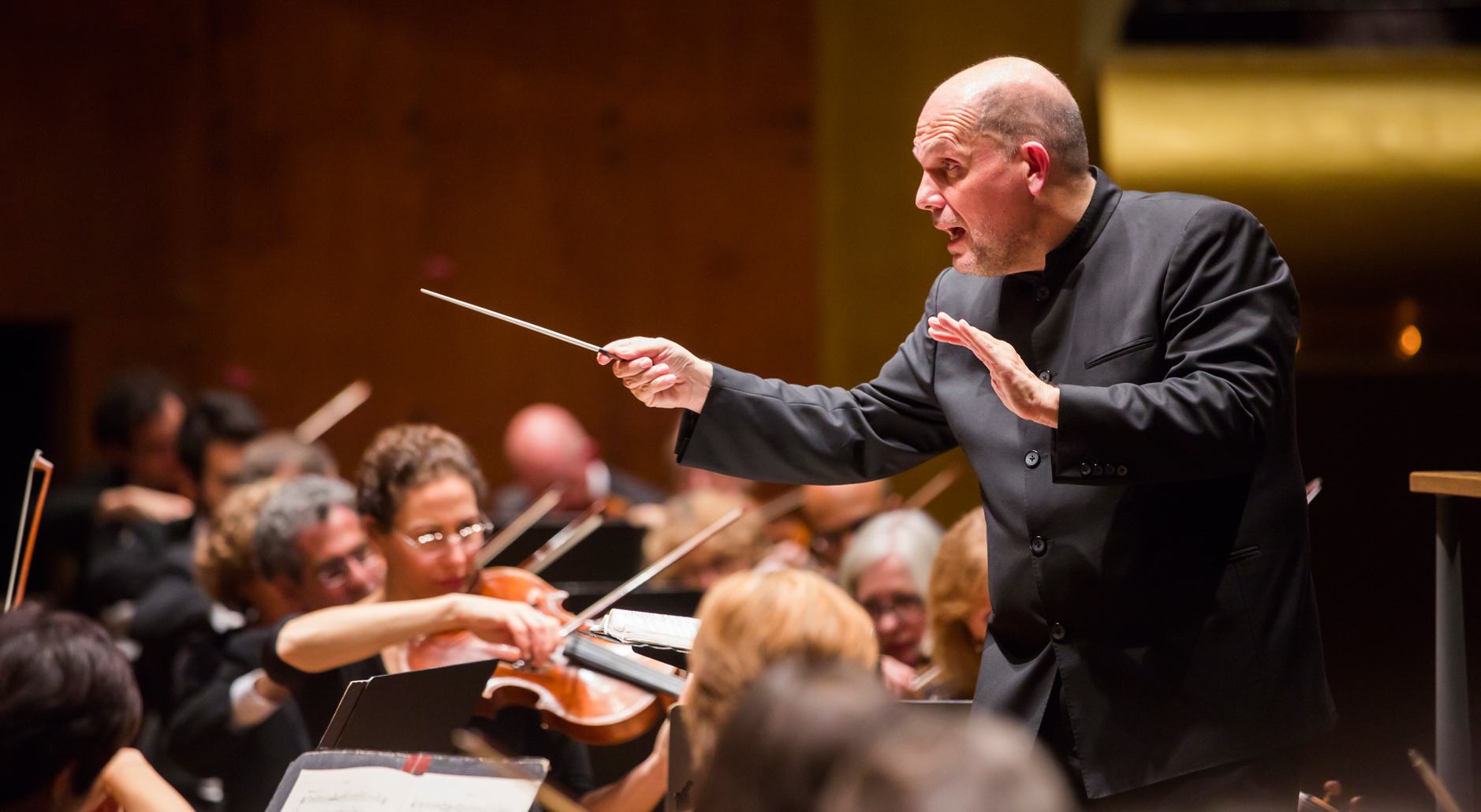 The New York Philharmonic and incoming Music Director, Jaap van Zweden, have released a new album featuring Beethoven’s Fifth and Seventh Symphonies. It’s the first of six live-concert recordings the ensemble plans to release on the Decca Gold label. Previously, van Zweden recorded the same pairing with the Dallas Symphony. He steps down as Music Director in Dallas at the end of this season.

Wagner called Beethoven’s Seventh “the apotheosis of dance.” He wrote,

All tumult, all yearning and storming of the heart, become here the blissful insolence of joy, which carries us away with bacchanalian power through the roomy space of nature, through all the streams and seas of life, shouting in glad self-consciousness as we sound throughout the universe the daring strains of this human sphere-dance. The Symphony is the Apotheosis of the Dance itself: it is Dance in its highest aspect, the loftiest deed of bodily motion, incorporated into an ideal mold of tone.

This performance captures the sense of buoyancy and frolicking exuberance Wagner described so poetically. Throughout the first movement, the horns are a prominent voice, with all of their ancient connotations of heroic adventure and the hunt. In the final bars of the coda, their final statement rings out with the ultimate triumph:

A single, hypnotic rhythm forms the seed of the second movement. The music develops in layers, becoming increasingly complex and impassioned, but this solemn, fundamental underlying rhythm remains as a persistent presence:

There is something about the third movement that always reminds me of the bubbly opera music of Rossini. In the middle of all of this jovial comedy comes the majestic, expansive trio, which rises unexpectedly to a monumental scale.

The force that reigns throughout this movement is literally prodigious, and reminds one of Carlyle’s hero Ram Dass, who has ‘fire enough in his belly to burn up the entire world.

This is one of the most exciting and spontaneous interpretations of this movement I’ve encountered. The vast energy of all of those swirling voices seems to gain intensity, surging into the joyful abandon of the coda: