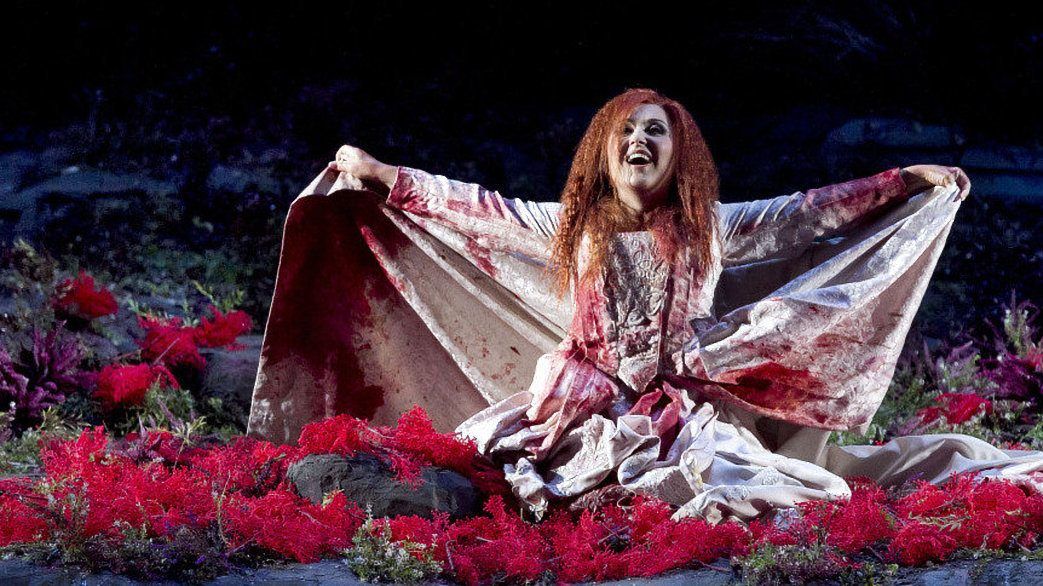 Recently, I’ve been playing Donizetti’s Lucia di Lammermoor with Virginia Opera. The dark plot of the tragic opera in three acts, first performed in Naples in 1835, lends itself to spectacular musical drama. The title character is coerced into an arranged marriage, although she loves another man. On her wedding night, she fatally stabs her husband and descends into insanity. All of this mayhem is set amid some of the most beautiful and memorable melodies of the bel canto tradition.

Here are five key excerpts from Lucia di Lammermoor, featuring both recent and classic performances. Maria Callas, Joan Sutherland, and Beverly Sills all left their mark on the role of Lucia. If you have a favorite recording which was not included, please share it in the comment thread, below.

In this aria from Act I, Scene I, Enrico is enraged after discovering that his sister, Lucia, has betrayed their family by having secret romantic meetings with Edgardo, a mortal enemy. This performance is by the late Dmitri Hvorostovsky:

This famous aria from Act I, Scene II, foreshadows the dark tragedy about to unfold. Lucia waits by a fountain with her servant and remembers the night when she was visited by the ghost of a woman killed there by her lover Edgardo’s ancestor. Here is a spectacular performance by Beverly Sills:

In Act III, Scene II, Raimondo interrupts the wedding celebrations to tell the guests that Lucia has gone insane and murdered her new husband, Arturo. Wearing a bloodstained dress, she enters, seemingly unaware of the presence of the horrified guests. As if in a dream, she imagines that she is soon to be married to Edgardo. Joyfully, she anticipates the happy life they will have together. We hear snatches of melodies from earlier in the opera.

Donizetti originally used the glass harmonica in this scene. It’s an unexpected, chilling sound- haunting and evocative of the supernatural. Just before the premiere in Naples, the glass harmonica player got into a dispute with the theater regarding money and walked out. Donizetti quickly rescored the music for flute. This 2007 performance, featuring Natalie Dessay, restores the composer’s original intention:

At the end of Act II, Edgardo enters the castle and sees the marriage contract between Lucia and Arturo. He curses her and tramples the ring she gave him into the ground. Now, Lucia searches for the ring, vowing that she will wait for Edgardo in heaven. This is the end of the “Mad Scene.” Here is Maria Callas’ performance:

In the final scene of Act III, Edgardo learns that Lucia has died. Stricken with grief, he takes comfort in the belief that he will soon be reunited with her in heaven and stabs himself with a dagger. Something akin to a faltering heartbeat can be heard in the orchestra’s quietly shuddering rhythm. As the aria progresses, listen to the way the full orchestra fades into the background, leaving us with the quiet lament of the solo horn and the intimacy of a cello duet. This performance features Joseph Calleja: