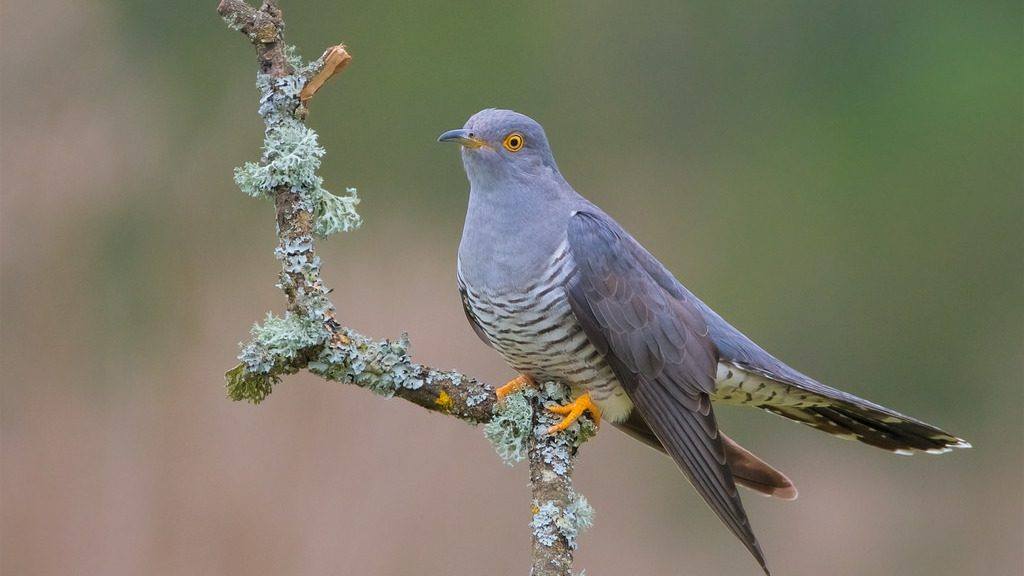 Even as a child I was struck by birdsong.

The call of the cuckoo, often associated with spring, has long inspired composers. For example, the cuckoo’s harmonious falling major third can be heard in Handel’s Organ Concerto No.13 in F Major, the second movement of Beethoven’s “Pastoral” Symphony, and Frederick Delius’ shimmering 1912 tone poem, On Hearing the First Cuckoo in Spring.

The cuckoo’s call also finds its way into the music of Gustav Mahler. It’s a prominent voice in the first movement of the First Symphony, music which evokes the awakening hum of nature. But the cuckoo of Mahler’s First is an odd bird. Its song outlines the interval of a falling fourth rather than a third. (You’ll hear it around the 2:09 mark in the recording below). These are metaphysical rather than literal birdsongs. Benevolent, sometimes even comical, these voices suggest the eternal spirit of animals and all forms of life. Listen to the way the cuckoo’s song forms the seed for the movement’s main theme.

The cuckoo emerges again in the short song, “Ablösung Im Sommer” (“The Changing Guard of Summer”) from Mahler’s Des Knaben Wunderhorn. “Who shall sing to us all summer long?” asks the song, after the cuckoo bird falls to his death at the end of spring. With the change of season, the simple call of the cuckoo is replaced by the more elaborate song of the nightingale who “sings and springs, is always joyous, When other birds are silent.” Perhaps the contrast between the birds mirrors Mahler’s creative output, where the most lofty and sublime aspirations meet the “vulgar” street sounds of organ grinders and sardonic military marches. Mahler said, “A symphony must be like the world, It must embrace everything.”

Now listen to the way the song “Ablösung Im Sommer” developed into the third movement of Mahler’s Third Symphony, a work in which Mahler wrote that “the whole of nature finds a voice.” Opening with a sweeping Dionysian march, (“Pan Awakes, Summer Marches In”). The Symphony’s six movements make a divine progression: flowers-animals-man-angels, and finally God. Mahler subtitled this movement, “What the Animals in the Forest Tell Me.” As the movement progresses, the sound of birds and beasts fades into the serenity of a distant posthorn. We hear foreshadowings of the movements to come. This scherzo of the animal kingdom ends with an awesome and terrifying eruption of uncontrollable energy.

In the comic song, Lob des hohen Verstandes (“In praise of lofty intellect”), also from Des Knaben Wunderhorn, the cuckoo is once again paired with the nightingale. This time, they engage in a singing competition adjudicated by the donkey because of his large ears. (Could Mahler have been making a sly reference to Wagner’s Meistersinger, as well as to his own critics?) The florid virtuosity of the nightingale is too sophisticated for the donkey and he confidently proclaims the cuckoo, with its simple song, the winner.

Interestingly, Lob des hohen Verstandes returns to form the seed for the final movement of Mahler’s Fifth Symphony. The opening of this exuberant rondo develops out of the preceding Adagietto. Then, suddenly, the comic characters from the song appear. In the text of Lob des hohen Verstande, the donkey congratulates the cuckoo on his “good chorale.” Ironically, this final movement of the Fifth Symphony culminates in a majestic chorale. In this passage, the silly contest between the birds seems to morph into a joyful and celebratory rivalry between the horns, trumpets, and trombones.

3 thoughts on “Mahler and the Cuckoo”