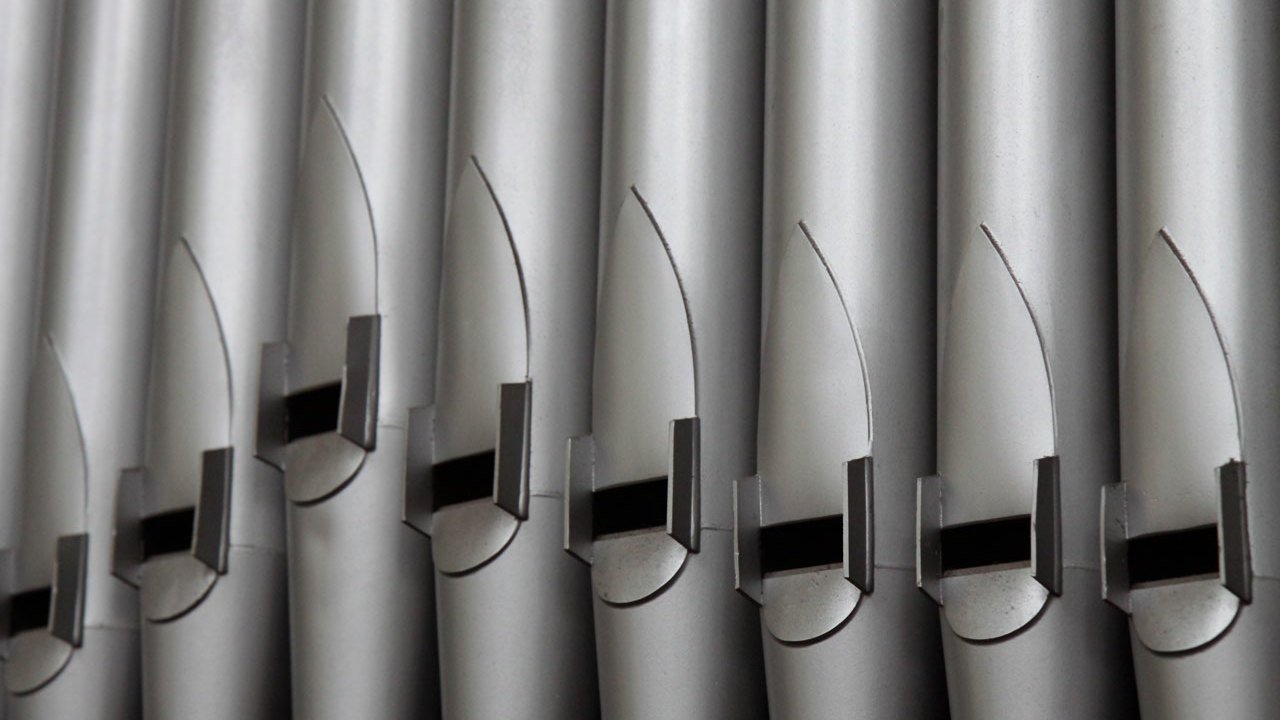 A simple idea or statement, persistently repeated, can take on a unique power. The idea seems to come alive, gradually seeping into our consciousness and demanding our attention and respect.

Perhaps this is part of the profound magic of J.S. Bach’s Passacaglia and Fugue in C minor, BWV 582, written sometime between 1706 and 1713 when the composer was in his early twenties. It begins with that simple, repeating statement- a quietly unassuming, stepping passacaglia bass line, deep in the organ’s lowest register. The melody of this passacaglia- a form which has roots in Spanish street dances- may have been borrowed from this music by the French composer and organist, André Raison (c. 1640 – 1719). There is also the influence of the chaconnes of Bach’s teacher, Buxtehude.

Free borrowing of musical ideas was common in the baroque period, as it is today in the world of jazz. It’s what Bach does with this musical building block that sets the C minor Passacaglia and Fugue apart from those two well-crafted but comparatively pedestrian examples.

Twenty variations develop over the passacaglia “foundation,” each seemingly more daring and euphoric than the previous. Robert Schumann described these variations as “intertwined so ingeniously that one can never cease to be amazed.” Swirling voices dance, play, and converse. In a sly move, the passacaglia suddenly shows up in the upper register (4:17), as if to say, “You’ll never escape me. I’m still here!” A moment later (4:40), the lower voices return, briefly and spectacularly disrupting the harmonic line we expected to hear with sensuous passing tones. In another ear-twisting variation, the passacaglia melody leaps between high and low registers. Eventually, the passacaglia reaffirms its dominance in the bass as the organ’s upper register erupts in blazing fireworks. Just when we seem to be free of the passacaglia line, it breaks into fragments and forms the subjects of the double fugue as a kind of “musical hologram.” As the fugue reaches its climax, a stern Neapolitan chord says, “Go no further,” sending us to the final cadence.

The Passacaglia in the Twentieth Century

Now, let’s move into the twentieth century and hear another passacaglia. This time, it’s a defiant, ever-intensifying cry of anguish. Here is the lamenting third movement of Shostakovich’s First Violin Concerto. As the movement fades away, the lone voice of the violin rises in an extended cadenza and sets the stage for the Burlesque final movement. Listen for grotesque snatches of the passacaglia in the fourth movement’s final bars: