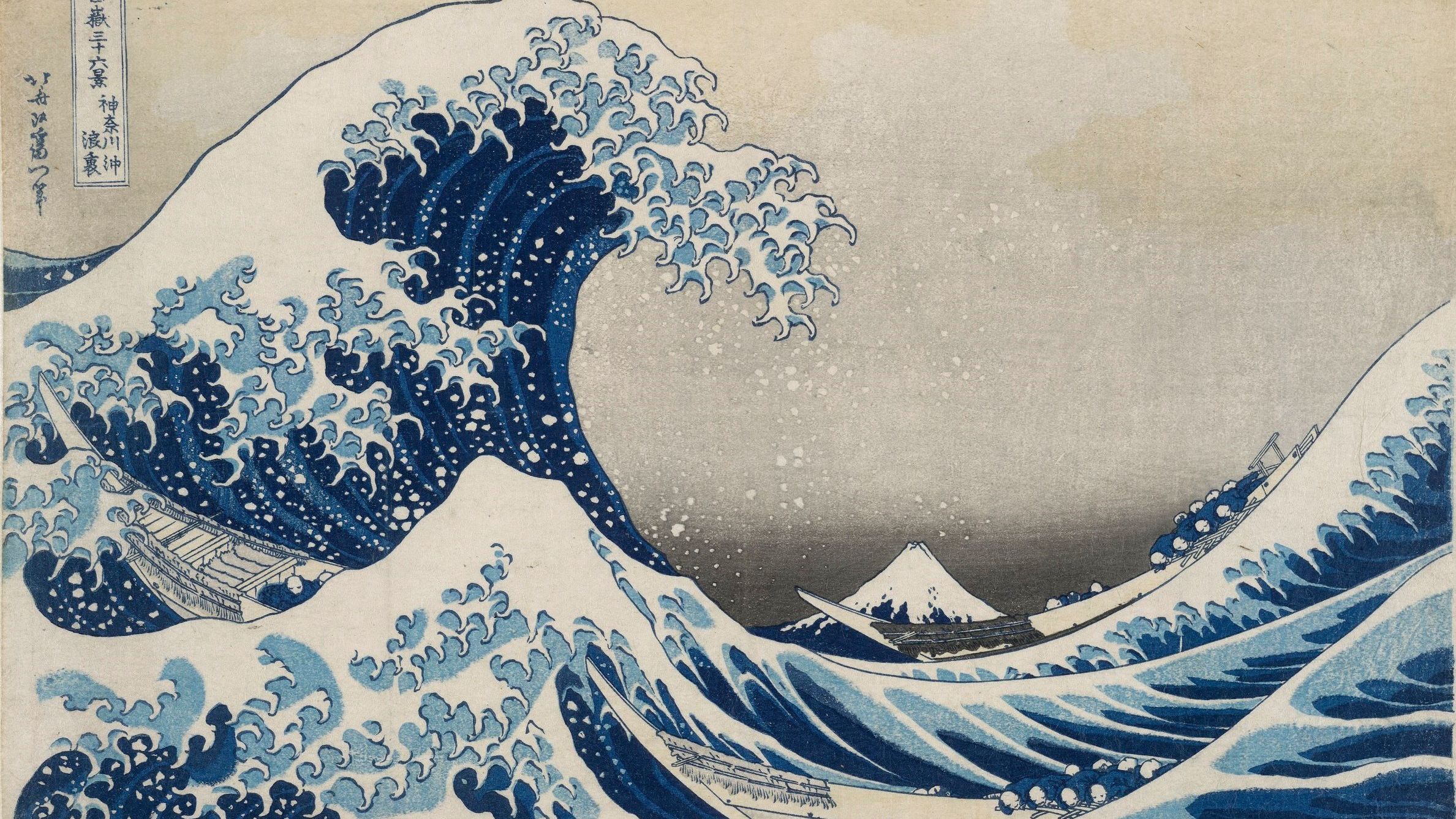 Claude Debussy’s La Mer (“The Sea”) is not a literal portrait of the ocean. There is no “program” or story, as we might hear in Beethoven’s “Pastoral” Symphony or a Strauss tone poem. Instead, La Mer takes us deep into the world of atmosphere, metaphor and synesthesia (a blurring of senses). Shimmering colors, the play of light on water, and a vivid sense of motion blend together to form a magical, ever-changing soundscape. As with the sea, La Mer runs the cosmic gamut from serene tranquility to terrifying, awe-inspiring power.

Debussy finished the work, which he subtitled “Three Symphonic Sketches,” in March, 1905 at the Grand Hotel at Eastbourne on the coast of the English Channel- a location he described to his publisher as “a charming peaceful spot: the sea unfurls itself with an utterly British correctness.” But most of the composition was done far from water. In a published review of Beethoven’s “Pastoral” Symphony, the composer wrote that music should, “not attempt at direct imitation, but rather [capture] the invisible sentiments of nature.” He drew more inspiration from depictions of the sea in paintings and literature than from actual salt water. For the cover of the score, he chose The Great Wave (pictured above), a woodblock print by the Japanese artist, Katsushika Hokusai (1760-1849) which influenced French painters such as Monet. Debussy called distant childhood memories of summers spent by the Mediterranean at Cannes, “worth more than reality.”

La Mer is filled with this sense of the intangible and ephemeral. We experience this music as a vast, gradually-unfolding musical stream of consciousness in which motives evolve with an organic, self-organizing perfection. All of this suggests an inherent lack of formal structure. Yet, in his book, Debussy in Proportion, the musicologist Roy Howat shows that, perhaps unbeknownst to the composer, La Mer‘s sections adhere to the exact mathematical ratios of the Golden Section. The author Jean Barraque described this “openness” of form as a “sonorous becoming… a developmental process in which the very notions of exposition and development coexist in an uninterrupted burst.” We hear the Eastern sounds of the Javanese Gamelan which had captivated Parisians at the 1889 Paris Exposition. Instead of moving towards a far-off goal, this is music which is always arriving at an eternal present. This is largely the result of the underlying harmony. Instead of the gravitational “pull” of a conventional major or minor scale, this music floats into the much different world of the whole tone and pentatonic scales. In many ways, this music still sounds “modern” over a hundred years later. Perhaps it isn’t surprising that the first audience left the concert hall baffled and unable to fully grasp this revolutionary and transformative music, written by one of music history’s greatest rule-breakers.

The first movement, “From dawn to noon on the sea” gradually awakens, emerging out of mysterious, dark, icy depths. One of La Mer’s most prominent motives is announced by the unique voice of the muted trumpet combined with the English horn (beginning around the 0:48 mark). This is only one of many voices, each with its distinct persona, which comes alive throughout this piece. This opening fades into a vivacious theme, introduced by a choir of cellos, divided into parts (4:40). Rising, suddenly, out of a moment of eerie calm, a majestic brass chorale brings the first movement to a close.

The second movement, “Play of the Waves” (9:00) is an effervescent scherzo, filled with playful splashes of color and light. In this extraordinary passage, listen to the way the music works itself up into a frenzy of euphoria, eventually going one step too far and tumbling back to earth. All of this exuberant fun fades into an expansive sonic vista of serene majesty at the end of the movement. Debussy’s biographer Oscar Thompson offers this poetic description of the music:

a world of sheer fantasy, of strange visions and eerie voices, a mirage of sight and equally a mirage of sound. On the sea’s vast stage is presented trance-like phantasmagoria so evanescent and fugitive that it leaves behind only the vagueness of a dream.

The final movement, “Dialogue of the wind and the sea” (15:26), evokes awe and terror. We’re confronted with an ominous power as the motives from the first movement return. There is a distant echo of that majestic chorale from the end of the first movement. Then, perhaps for the first time in the entire piece, we arrive at a decisive tonal center in D-flat major. What begins as a quietly haunting melody in the woodwinds grows into a passionate statement in the strings. In its final moments, La mer gives us a glimpse of ultimate, transcendent majesty, simultaneously triumphant and sensuously beautiful.

I’ve provided a brief guide to this amazing piece. Now, I recommend that you forget about analysis, close your eyes, and just listen…

Music is a mysterious mathematical process whose elements are part of Infinity…There is nothing more musical than a sunset. He who feels what he sees will find no more beautiful example of development in all that book which, alas, musicians read but too little — the book of Nature.

2 thoughts on ““La Mer”: Debussy’s Sonic Portrait of the Sea”