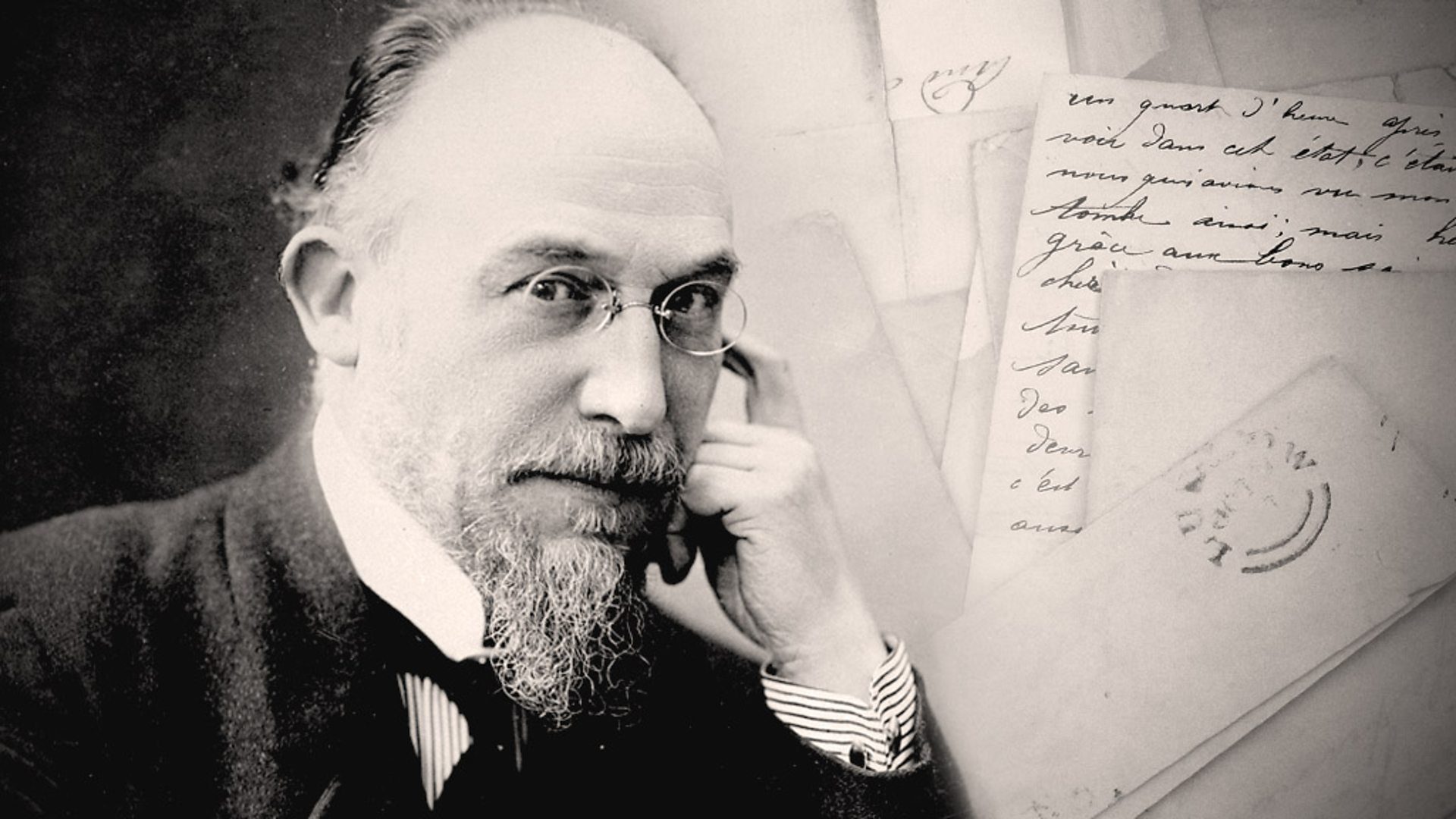 Yesterday marked the 152nd anniversary of the birth of the colorfully eccentric French avant-garde composer, Erik Satie (1866-1925). Satie had a profound influence on later composers, from Debussy, Ravel, and Milhaud, to the neoclassicism of Stravinsky. Even more amazing is the way Satie’s music anticipates the minimalist and ambient styles of the late twentieth century.

The three serene Gymnopédies for solo piano, completed in 1888, remain Satie’s most famous and powerfully evocative works. With sublime, hypnotic simplicity, this music alters our perception of time. Each chord seems to float in midair, intoning a far-off lament. As we heard on Wednesday in Debussy’s La Mer, we find ourselves lost in the moment. In this music, there is no distant, transfiguring goal- only an eternal present. You can hear this as the final seconds of Gymnopédie No. 1 drift away.

Here is a performance by the French pianist, Anne Queffelec:

Satie’s Gymnopédie No. 1 is so embedded in the popular culture that it was quoted in Janet Jackson’s 2001 pop song, Someone to Call My Lover. You can hear echoes of the Gymnopédies in a range of later music. I have selected three examples below. If your favorite ode to Satie is not on the list, please share it below in the comment thread. Also, consider the way your favorite contemporary music- from smooth jazz to pop to a film score- moves through time. Think about the overlooked debt this music may pay to Satie.

In the works of John Adams, fleeting fragments of music by earlier composers occasionally emerge and dissolve, as if in a dream. Listen to the way “aftertones” of Satie’s Gymnopédies form the second movement of Adams’ Century Rolls. (Last week we explored the final movement of this piece). The movement’s title, Manny’s Gym, is a play on words referring to the pianist Emanuel Ax (who commissioned the work) and the Gymnopédies.

This beautiful and haunting excerpt from Christopher Young’s score for the 1999 film, Entrapment, evokes the slow, hypnotic waltz of the Gymnopédies. Additionally, there is one harmonic turn towards the end of the clip (around the 1:21 mark) that reminds me of the second movement of Ravel’s G Major Piano Concerto- a similar slow waltz which also, indirectly, seems to pay homage to Satie.

The film’s plot centers around an art heist. Watch the scene and pay attention to the way the music functions. Then, listen to the higher quality audio below to pick up all of those sensuous, pandiatonic inner voices. As Catherine Zeta Jones snakes her way through a maze of mockup laser sensors, notice the way Young’s music dials up the drama of the scene. The piano melody, with its detached serenity and predictability, meets an underlying sense of anxiety. Consider how much less powerful this scene might have been if Young had mirrored the tension of the drama with outwardly tense music. It’s the Satie-esque detachment of the piano that seems to give the scene its ultimate suspense.

At its heart, Stephen Sondheim’s 1970 musical comedy, Company, is about the protagonist’s inability to connect and commit emotionally. Company is made up of a series of self-encapsulated “Brechtian” vignettes rather than a linear plot, giving us a sense that we’re standing outside of time. The song Barcelona unfolds as a dramatic scene near the end of Company’s second act. It is simultaneously funny (Bobby cannot remember the name of the flight attendant with whom he has spent the night) and melancholy. The music evokes the emotional paralysis of the characters. Barcelona feels all the more surreal because it is preceded by the tension-inducing Tick-tock dance sequence. The song opens with a falling minor third- the same interval which forms the “Bobby” motive (derived from a telephone busy signal) heard throughout Company. Interestingly, Sondheim’s next musical, Follies (1971) opens with a haunting waltz with similar allusions to Satie.

1 thought on “Aftertones of Gymnopédie: Channeling the Spirit of Satie”